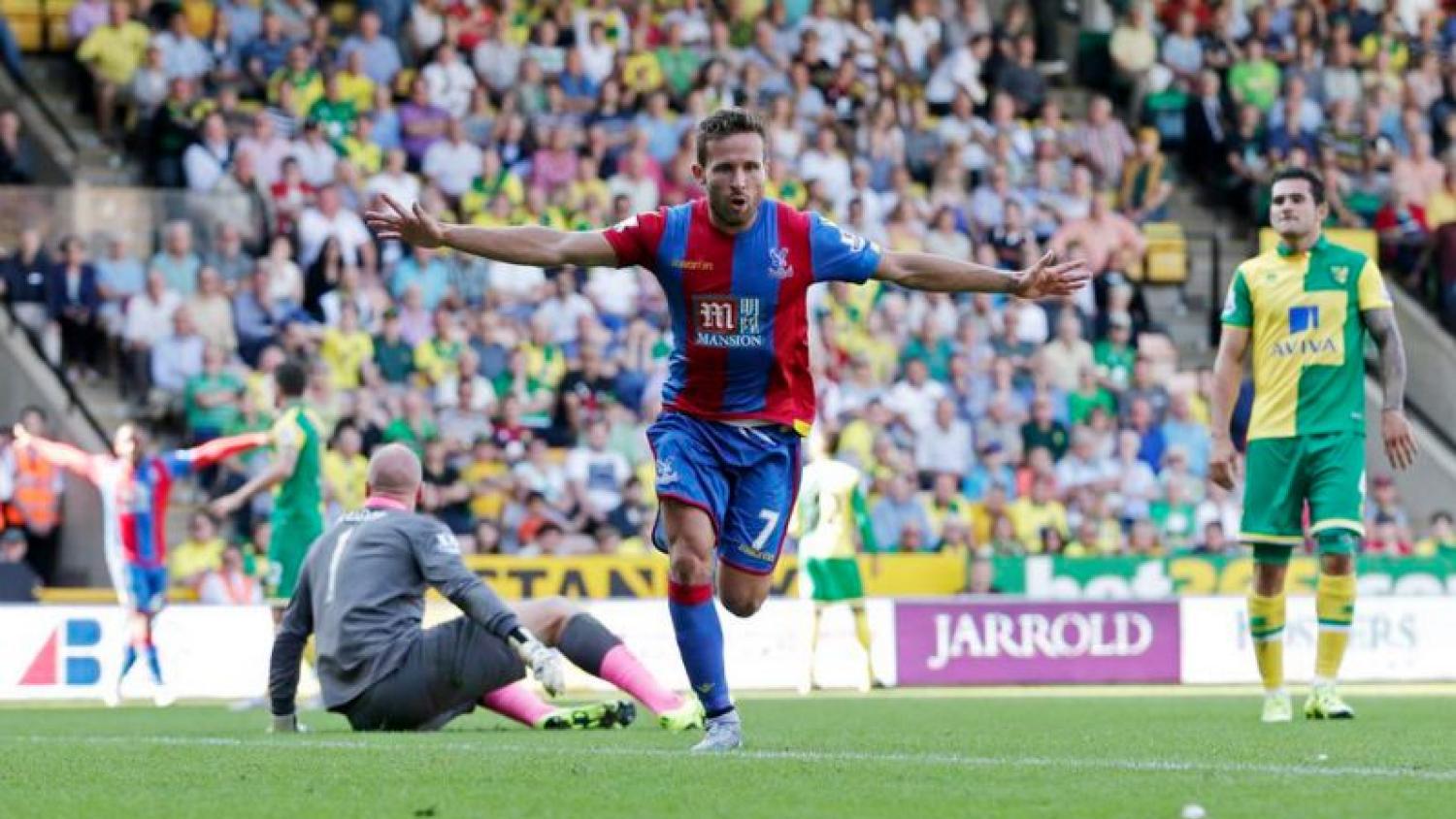 With a flurry of new signings, Stoke City, Crystal Palace and Newcastle may finally enter the upper echelon of the Premier League.
Photo: @CPFC | Twitter

The summer transfer window in England is usually syncopated by splashy arrivals at Arsenal, Liverpool, Chelsea and/or either of the Manchester powerhouses. But with lucrative TV deals in place, clubs a little further down the Premier League table now have the resources to woo the most talented footballers to England.

The first weekend of the Prem season showcased two such signings as Yohan Cabaye scored and led Crystal Palace to victory on the road in Norwich, while Gini Wijnaldum struck for Newcastle in their tie with Southampton.

Crystal Palace, who broke a club record in signing Cabaye from PSG, hope for great things as they reunite the French midfielder with Palace’s manager, Alan Pardew. Pardew and Cabaye were together for three seasons at Newcastle United, including a memorable run in 2013 that saw the Magpies advance to the Europa League quarterfinals.

Palace will look to continue their hot streak from the end of last season, which saw notable victories over Liverpool and Manchester City and push for European qualification. The Eagles hope Cabaye’s arrival, along with the play of Wilfried Zaha (another goal scorer against Norwich) and Glenn Murray, who scored seven league goals in 17 games for the Eagles last season during limited playing time, bring great joy to Selhurst Park and, arguably, the most rabid fans in the Premier League:

Newcastle supporters’ expectations are slightly more tempered. After all, fans are still stinging from last season’s roller coaster ride that saw the Magpies fail to record a victory in their first eight matches, go on to win five straight, lose Pardew as manager at Christmas, and finally suffer through another eight straight loses.  In short, Newcastle hopes to build (dramatically) on their 15th place finish in the table that found them only four points above the relegation zone.

That hope is pinned on new manager, Steve McClaren and Dutch national player, Gini Wijnaldum.  Wijnaldum was bought from Eredivisie champions, PSV Eindhoven for £14.5 million: the highest amount paid by Newcastle during Mike Ashley’s eight year ownership. The Dutchman paid immediate dividends, scoring in the 48th minute of the Magpies tie with Southampton last Saturday. McClaren and the Newcastle faithful hope to see massive production from the new arrival and the forging of a dangerous tandem with Pappis Cisse, Newcastle’s highest scorer from last season. The combination could have fans looking less at their distance from the bottom three and more toward the return of European football to St. James’ Park.

Stoke City’s manager Mark Hughes also has big plans for his club. The Potters, coming off their second 9th place finish in a row, are close to securing the services of Swiss speedster Xherdan Shaqiri from Inter Milan. Shaqiri, who only joined Inter in January from Bayern Munich, will look to show the quality that has seen him score 17 goals in 46 appearances for the Swiss National Team. The 23-year-old midfielder, along with additional acquisitions Ibrahim Afellay and Marco van Ginkel (on loan from Chelsea), could help supercharge Stoke’s offense and push them up the table and into the conversation for a European birth.

All three sides face important fixtures in the second week of the season, as Palace will host an Arsenal squad still smarting from a 2-0 loss at the Emirates to West Ham United. Stoke travel to White Hart Lane to square off with Tottenham while Newcastle head to Wales to face a Swansea City team riding high after tying Chelsea at Stamford Bridge.