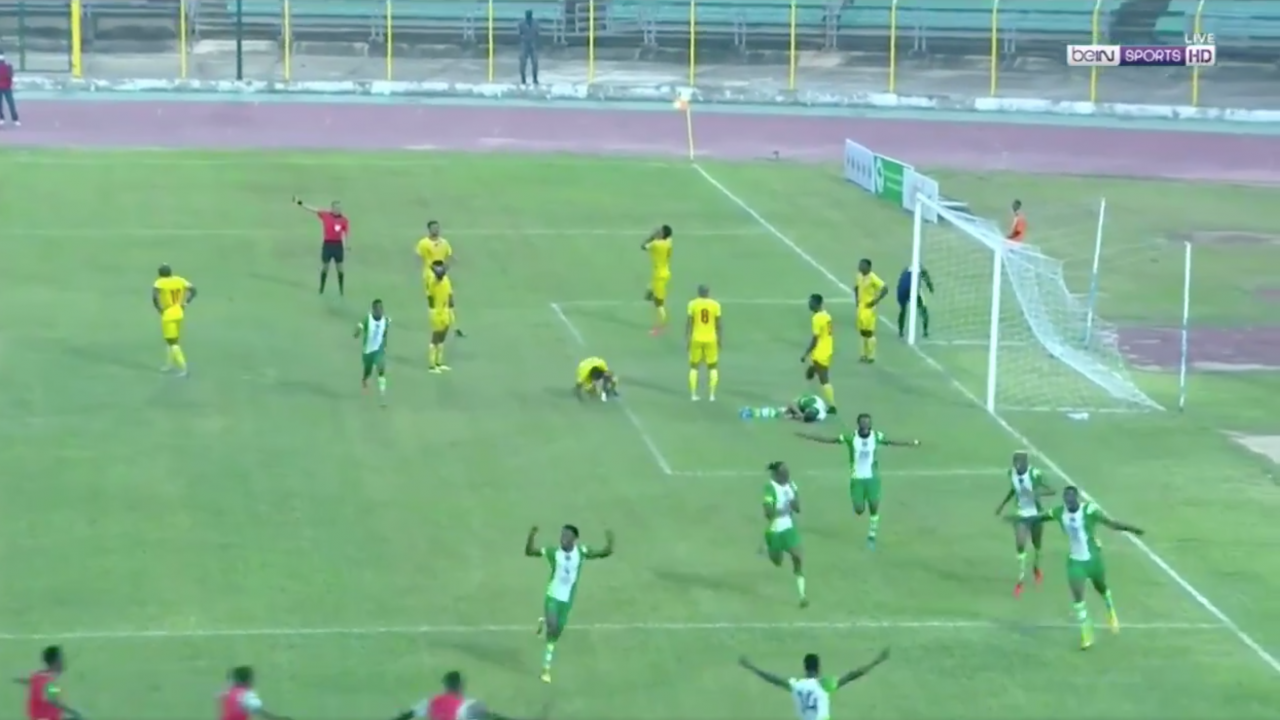 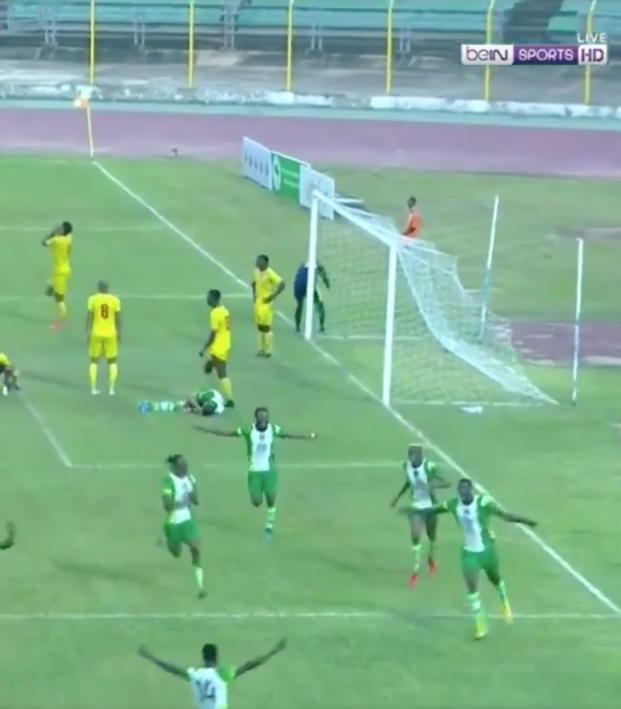 Nigeria confirmed top spot in their Africa Cup of Nations qualifying group with a dramatic last-gasp 1-0 win away over neighbor Benin on Saturday, having already secured their place at the finals before kick off.

Nigeria’s place at the tournament in Cameroon next January was confirmed earlier on Saturday when the other two countries in Group L — Lesotho and Sierra Leone — played out a drab goalless draw in Maseru, ensuring at least a top-two finish for leaders Nigeria.

That result left Benin needing a point to join them at the finals, which they were on course to achieve until substitute Paul Onuachu headed home from a goalmouth scramble three minutes into stoppage time and seconds from the final whistle.

The victory for Nigeria was a blow for their crestfallen hosts and keeps alive the hopes of third-placed Sierra Leone, who must beat Benin at home on Tuesday to finish second in the group.

Nigeria advanced to 11 points, leaving Benin on seven and Sierra Leone with four with one game each left.

Nigeria, which jettisoned plans to travel by road to its neighbor and went by boat instead, created the better chances, including a flying header from Victor Osimhen that Benin goalkeeper Saturnin Allagbe saved at point-blank range in the last action of the first half.

Soon after the resumption, Samuel Chukwueze missed from close range with a wild shot over the bar and Osimhen hit the post with a long-range effort.

Steve Mounie had Benin’s best chance in the 52nd minute as he chased a long back pass and almost lifted it into the net past the on-rushing Nigeria goalkeeper.

Yet the home side gave away a needless corner right at the end of the game from which Osimhen had his initial effort saved by Allagbe only for the ball to pop up for Onuachu to finish.

Nigeria was the 17th team to qualify for the 24-team finals.

The last round of qualifiers starts on Sunday and concludes on Tuesday with the final places to be decided only in Tuesday’s late matches.