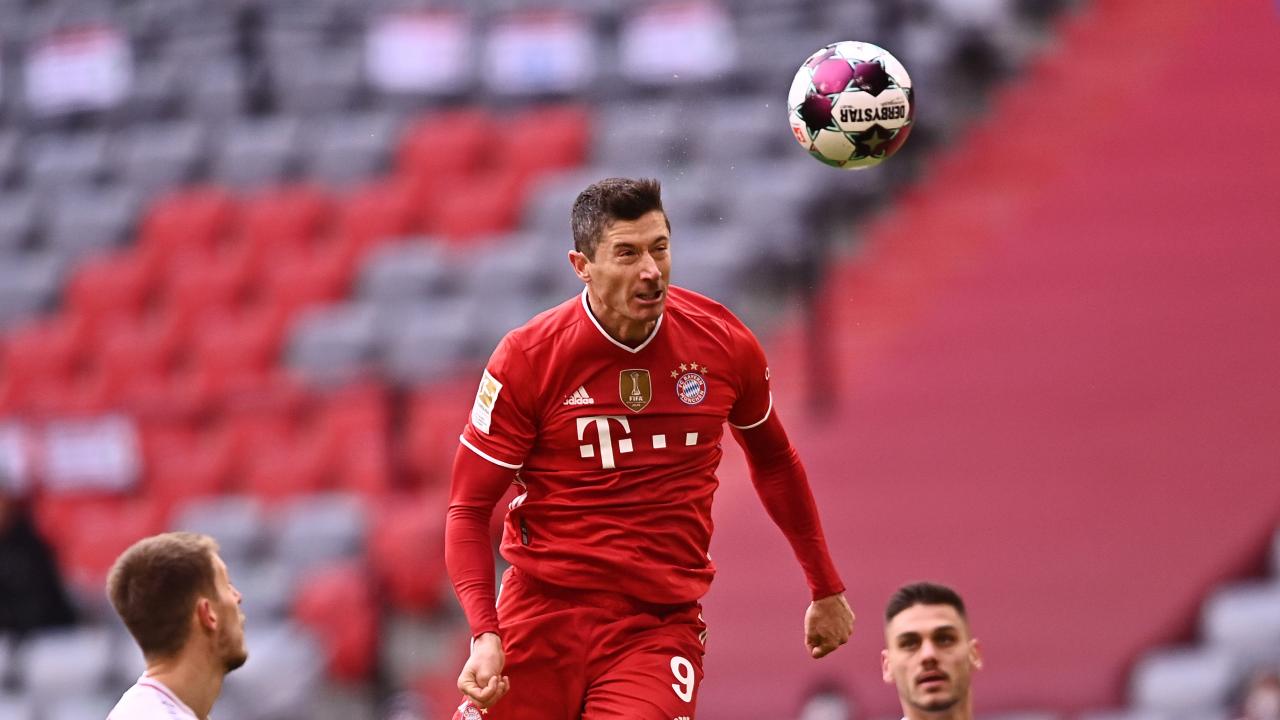 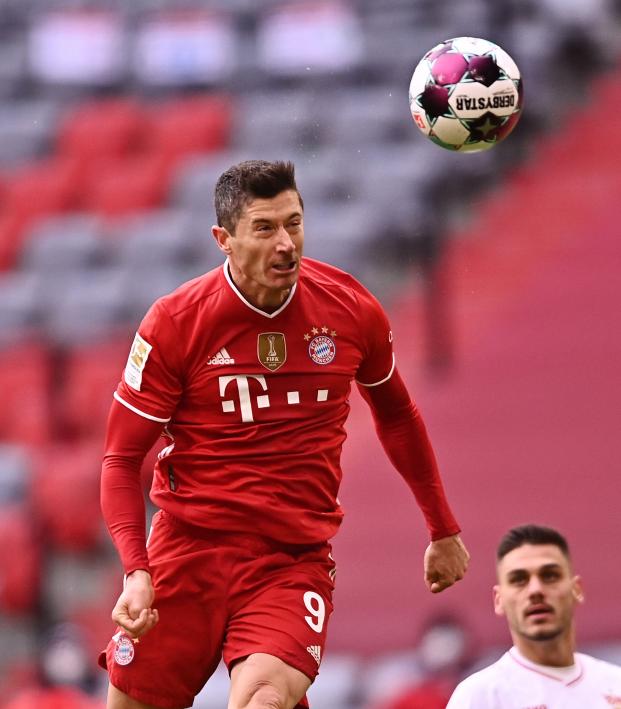 Travis Yoesting March 20, 2021
Robert Lewandowski had a first-half perfect hat trick as Bayern Munich crushed Stuttgart 4-0 despite playing most of the match with 10 men.

In a sign of just how good Bayern Munich is right now, the German giants went down a man in the 12th minute and still found a way to demolish Stuttgart 4-0 on Saturday at Allianz Arena.

Alphonso Davies was shown the first red card of his career, but it mattered little as Bayern scored three times in the 10 minutes that followed. Robert Lewandowski had a perfect hat trick by halftime as he passed yet another milestone.

For most teams, being reduced to 10 men, especially early in a match, is a recipe for disaster. It’s hard enough to win games with 11 men, let alone down a man. But Bayern Munich isn’t most teams.

Davies was shown a straight red card for a catching Wataru Endo with his studs. The referee initially brandished the yellow card to Davies, who was immediately apologetic, but the VAR intervened and the 20-year-old Canadian was sent off.

Alphonso Davies is shown the first straight red card of his career pic.twitter.com/ksTNbvWqeW

A mere 10 minutes later, Bayern led 3-0. With David Alaba shifting from defensive midfield to left back (where he started his career and is quite comfortable), Hansi Flick’s side barely missed a beat.

It started with Lewandowski poking home a cross from Serge Gnabry, opening the scoring and breaking a tie with Klaus Fischer for second all time on the Bundesliga scoring list with 269.

Gnabry made it 2-0 with a wonderfully worked goal on 22 minutes and moments later Lewandowski went back to work chasing down No. 1 on the Bundesliga scoring charts (Gerd Müller).

Bayern have scored three goals in five minutes with only ten men pic.twitter.com/xciJyxDjTe

It now seems inevitable that Lewandowski breaks Müller’s single-season Bundesliga goalscoring record of 40, having reached 35 with nine games to go. Müller scored 365 goals in 427 games in his career, so the Pole still has at least a season or three to go to catch the German legend, but even that legendary mark looks attainable at this rate.

The 4-0 lead at halftime showed just how good Bayern can be, even without a full team on the pitch. That said, it helped that Stuttgart’s Silas Wamangituka had to be pulled off with injury in the 35th minute. Bayern was able to see out the second half and cruise into the international break on a six-game winning streak.

It was an impressive showing ahead of the international break and perhaps a bit of a warning to RB Leipzig. The upstarts pulled within a point of Bayern on Friday before the defending champs reclaimed their four-point lead atop the Bundesliga on Saturday. The two teams play April 3, the first game back from the international break. Bayern will be without Davies (red card suspension) and Jerome Boateng (yellow card suspension). Four days after that, there’s the little matter of the first leg against PSG in the Champions League quarterfinals, a rematch of last year’s final.

Bayern vs Stuttgart Highlights (All Goals)