According to U.S. intelligence reports, Russia has encountered far more resistance than it anticipated in its invasion of Ukraine while also overestimating its ability to win a propaganda war in the region.

The athletes of Ukraine have helped on both fronts by actively taking up arms against the Russian invaders and by using their massive platforms to educate us all on their nation's desire for peace, freedom and democracy in the face of such a horrific assault.

Here are some of the world-renowned sports figures on the front line of battle. 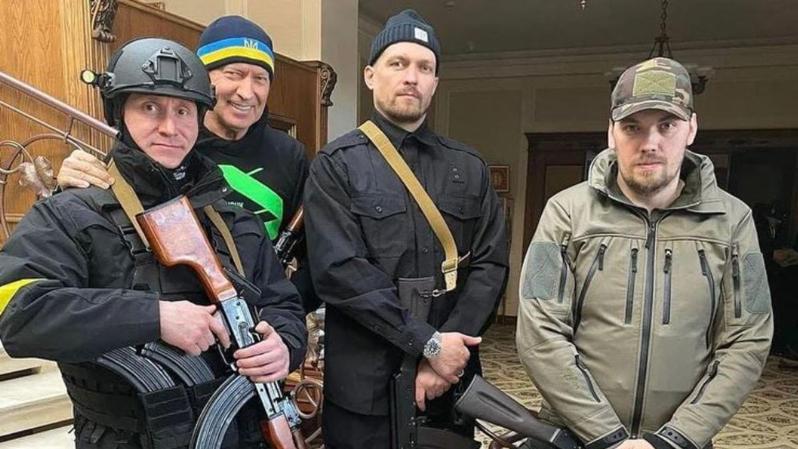 The world champion in two weight classes after defeating Anthony Joshua at Tottenham Hotspur Stadium back in September, the 35-year-old is undefeated in his career with 19 wins, including 13 by knockout.

Alongside Canelo Álvarez, he's regarded as the greatest pound-for-pound fighter on the planet right now, and there's no potential superfight more anticipated than Usyk vs. Tyson Fury to decide an undisputed heavyweight world champion.

However, it was confirmed Tuesday that Usyk had joined a territorial defense battalion and taken up arms against Russia.

Vasyl Lomachenko has joined the Belgorod-Dnestrovsky Territorial Defense Battalion in Ukraine to defend his country from Vladimir Putin’s invasion by Russia… pic.twitter.com/LWFDcUhFAB

Nicknamed "The Matrix" for his electrifying blend of footwork and technical precision, Lomachenko is a multiple-division world champion, a two-time gold medalist and one of the greatest pound-for-pound fighters in the history of the sport.

Less than three months ago, Lomachenko was dazzling spectators inside Madison Square Garden with a unanimous decision victory over Richard Commey.

The win put Lomachenko directly on the path to a mega fight with current unified lightweight champion George Kambosos Jr., and there was even talk of Loma agreeing to take on Kambosos (an Australian) in front of 55,000 at Marvel Stadium in Melbourne come June.

It would've been the fight of 2022, but Loma, who was reportedly in Greece when Russia's invasion began, managed to get back to his home and family by flying to Bucharest and traveling through Romania to reach to province of Odessa in southwestern Ukraine.

Dr. Ironfist and Dr. Steelhammer. The two combined for 40 heavyweight title fight wins and so thoroughly dominated the division that the period was known as the "Klitschko Era."

Vitali, five years older and now 50, only lost twice in 47 fights before beginning a political career in 2006. He's been the Mayor of Kyiv since 2014 and has remained in the capital throughout the siege.

'I don't have another choice. I have to do that.'

The Mayor of Kyiv @Vitaliy_Klychko tells @richardgaisford that it is 'already a bloody war' and he is prepared to fight for his country. pic.twitter.com/KvoGP5f92C

His younger brother Wladimir, 45, won a gold medal at the '96 Olympic Games in Atlanta before going on to a professional career that saw him lose only five times in 69 fights.

One of the biggest fights of his career took place in 2013 at the Olympic Stadium in Moscow, attended by Vladimir Putin, against the Russian challenger Alexander Povetkin, who entered with an undefeated record of 26-0.

Wladimir was the lineal champion and the world's best active boxer, and despite the overwhelming support for Povetkin (including 23 million Russian TV viewers, making it the most watched event of the year), Wladimir won by unanimous decision. Two months later, Wladimir and Vitali were two of the leading figures of the Euromaidan-protests in Kyiv.

The Russian loser Povetkin has since voiced his support for Putin's "fight against Nazism" before going on to call Ukrainians "parasites."

Compare that with what Wladimir recently said: "The Ukrainian people are strong. And it will remain true to itself in this terrible ordeal. A people longing for sovereignty and peace. A people who consider the Russian people their brothers. It knows that they basically do not want this war. The Ukrainian people have chosen democracy. But democracy is a fragile regime. Democracy cannot defend itself; it needs the will of the citizens, the commitment of everyone. Basically, there is no democracy without democrats."

According to a report by The Times, both Vitali and Wladimir are on a 23-man "kill list" for Russian mercenaries in Kyiv. 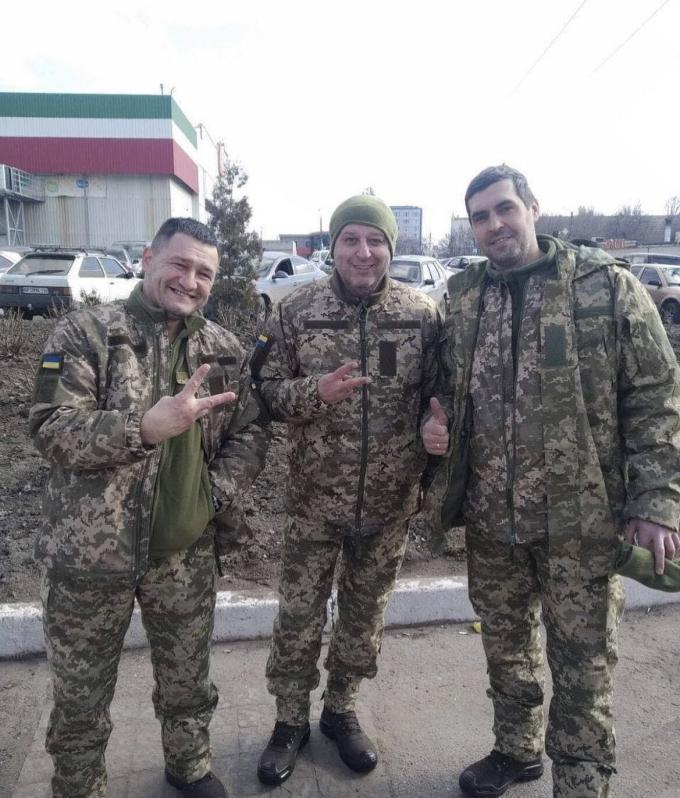 Vernydub, middle, has left Sheriff Tiraspol to defend his country.

Back in September, Vernydub made history by guiding Sheriff Tiraspol into the Champions League group stage — becoming the first Moldovan club to ever make it that far. But that was just the start of the magic because on Sep. 26, Sheriff Tiraspol visited the Santiago Bernabéu to face Real Madrid — the most decorated club in the history of European football — and won 2-1. It was perhaps the greatest UCL group stage upset of all time.

The 56-year-old coach, who's from the city of Zhytomyr in the north west, has returned to Ukraine to fight.

Back in 2002, Luzhnyi became the first Ukrainian to win the Premier League (15 starts and three substitute appearances) while also lifting the FA Cup for Arsenal. He again won the FA Cup in 2003 — his last appearance for the club — while starting the match in the heart of defense.

He was capped 52 times by Ukraine, captaining the side 39 times, and is now back fighting in his hometown of Lviv.

"The situation is horrific," he told Sky Sports. "I want to come to coach in the UK but before anything I will stand firmly and fight for my people, for my country and for democracy. We all hope this will be over soon as innocent lives are being lost and families are being torn apart. A country being invaded and destroyed is all for what? We need to stand together as one and bring to an end this criminal warfare."

Stakhovsky reached a career-high singles ranking of No. 31, won four ATP Tour titles (including the 2010 Connecticut Open) and famously defeated Roger Federer in the second round of the 2013 Wimbledon Championships, bringing an end to Federer's run of reaching the quarterfinals at 36 straight Grand Slam events.

Now 36, Stakhovsky has signed up for the reserves and returned to Kyiv to fight. He says his wife has told their children that he's gone to another tennis tournament.

"It makes the world of difference to our armed forces that they are not alone at least in a media environment, but let's be realistic here, it's been eight years of war with Russia, where was all of this for eight years?" Stakhovsky said. "None of us believed that this could happen, and yet it happened. None of the European leaders or the world is ready to help, ready to put the fight in Ukraine maybe for a better Europe in the future, because once Ukraine is lost, we will resist. But let's be realistic, Russia is a 140 million population country which spreads from Europe all the way back to Alaska. It's going to be very hard to resist that much."

The 28-year-old Amosov is the current Bellator MMA Welterweight Champion with an undefeated record of 26-0 with nine by knockout and 10 by submission. He won his world championship back on June 11 against Douglas Lima and was set to defend his title against Michael Page in London come May.

However, he's now in Ukraine defending his country.

"Probably, many will think that I ran away, I'm hiding or something like that, but this is not so," Amosov said. "I took my family to the safe zone. Now I have returned and will defend this country as best I can, with what I can. I love this country, our own. Russia came to our house and started a war here, many people are dying — innocents, women and children."