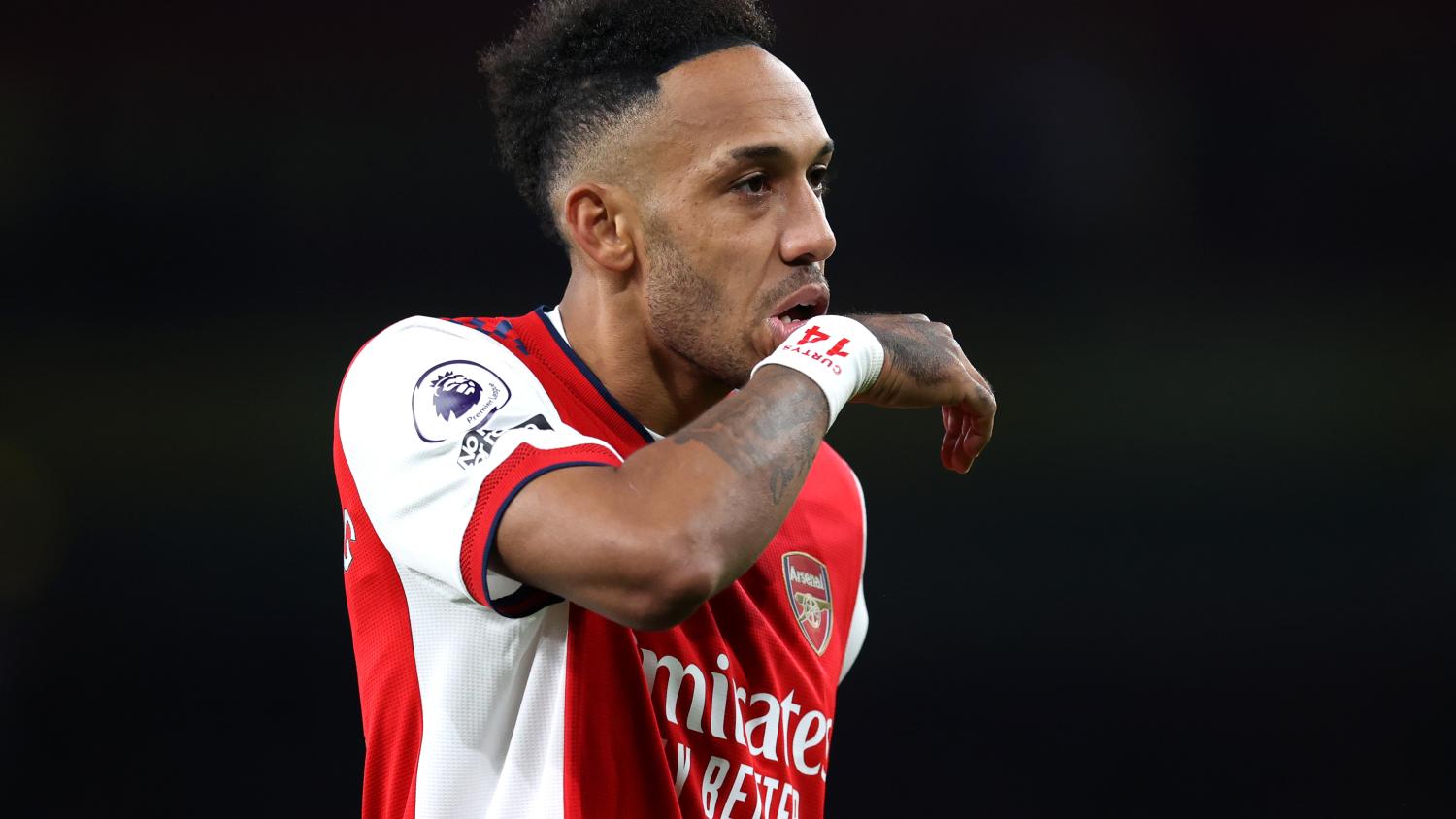 LONDON — Arsenal manager Mikel Arteta said the decision to strip Pierre-Emerick Aubameyang of the club captaincy following a disciplinary breach was in the best interests of the club.

Arteta said he had broken the news to the Gabon international during a face to face meeting -- conceding it was an unpleasant situation to be dealing with.

Aubameyang will not be considered for selection for Wednesday's Premier League game at home to West Ham United.

Arsenal confirmed the news in a club statement saying: "We expect all our players, particularly our captain, to work to the rules and standards we have all set and agreed.

"We are fully focused on tomorrow's match."

An update on Pierre-Emerick Aubameyang

Aubameyang stripped of Arsenal captaincy two years after Xhaka was stripped of it ‍♂️ pic.twitter.com/r3gxEq1x34

Later, in his pre-match news conference, Arteta would not be drawn on the specifics, although The Athletic reported that Aubameyang was dropped after returning late from a trip abroad.

Arteta dropped Aubameyang from the squad that beat Southampton 3-0 at the weekend due to the disciplinary breach.

Speaking of the club's decision, Arteta said: "I don't have much more to say. It's a decision we made following the last incident with the player and this is where we stand.

"When we have to make that decision it's because it's the right one to defend the interests of the club."

Asked how Aubameyang had taken the decision, Arteta remained tight-lipped. "He had to accept the decision," he said.

"When those standards are not met, you know you can not participate in our daily basics."

Alexandre Lacazette led the team against Southampton in Aubameyang's absence and Arteta said the club now had a strong "leadership group" -- part of the culture he wanted to bring.

"We have different players that are nominated to be captain in the last game it was Laca(zette) and we have Granit (Xhaka) as well who has been captain so we will follow that," he said.

"Obviously, it is a really unpleasant situation and it is not the moment to make any rash decisions. But the leadership group is really strong, it is the one that communicates with myself and the coaching staff and then with the club in a really clear and strong way."

Aubameyang, who signed a new three-year contract with the north London club last year, has struggled this season, scoring only four Premier League goals — the last of which was in October against Aston Villa.

The 32-year-old had been dropped before for disciplinary reasons, with Arteta excluding the striker from their 2-1 derby win over north London rivals Tottenham Hotspur last season.

"Since I've been here I've had a good relationship with him which is why it's painful," Arteta said.

Arsenal are sixth in the league standings on 26 points after 16 matches, two points outside the top four.