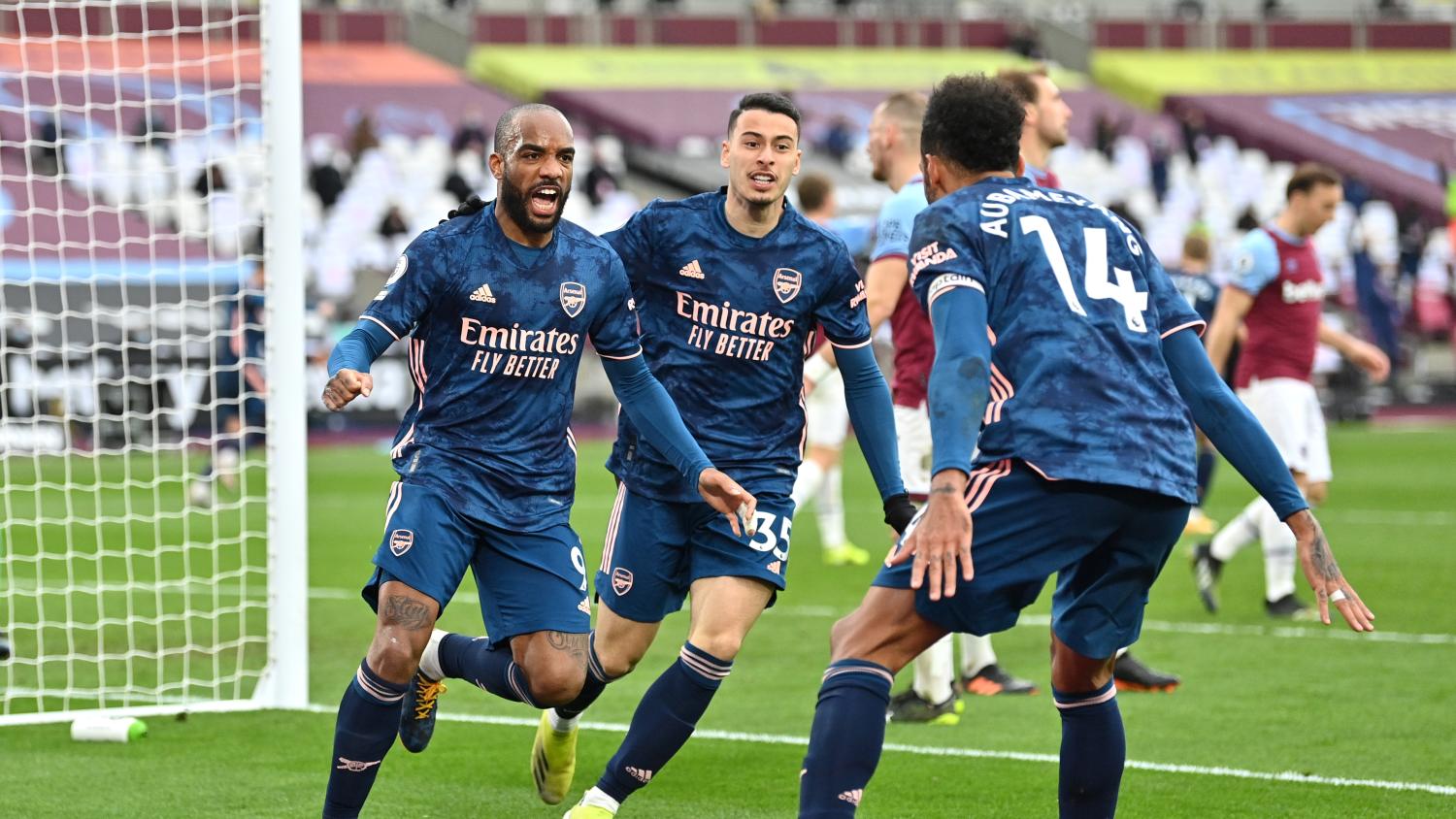 The result left both teams frustrated, whereas the neutral was anything but.
Getty Images

LONDON - Alexandre Lacazette's late header completed a stunning Arsenal comeback as they recovered from a nightmarish start to grab an unlikely 3-3 draw away to West Ham United in a rip-roaring Premier League derby on Sunday.

In the end a point was no more than Arsenal deserved even though they had looked on course for a humiliating drubbing when they conceded three times in the opening 32 minutes.

West Ham, at that point, looked certain to gain the win that would have taken them level on points with fourth-placed Chelsea thanks to goals by Jesse Lingard, Jarrod Bowen and Tomáš Souček. But Lacazette's shot that deflected in off Souček in the 38th minute began the Arsenal revival and they swarmed all over the hosts in the second half.

Craig Dawson's own goal just past the hour turned up the heat on the Hammers and in a pulsating finale Michail Antonio wasted a gilt-edged chance to put West Ham 4-2 ahead before Lacazette leveled the score. Either side could have won the game at the death but West Ham will rue an opportunity to improve their record against Arsenal which now reads two wins in their last 29 meetings.

It was the third time this season in the Premier League that a team leading 3-0 had ended up drawing 3-3, with West Ham having experienced it the other way around earlier in the campaign after trailing 3-0 at Tottenham Hotspur. West Ham stay in fifth place with 49 points from 29 games, two below Chelsea. Arsenal moved up a place into ninth spot before Aston Villa's clash with Tottenham Hotspur later on Sunday.

"I'm very disappointed because I cannot accept my team to play the way we did in periods in the first half," Arsenal manager Mikel Arteta said. "I expect we play at the level we did afterwards. We got close to winning and I think we deserved to win it but the first part really worried me."

Arsenal, who qualified for the Europa League quarterfinals on Thursday despite a 1-0 defeat by Olympiakos, began in slow motion and West Ham struck twice inside two minutes. Lingard, badly missed in last weekend's defeat at Manchester United, struck in the 15th minute with a superb finish into the top corner after fine work down the left by Antonio.

The visitors then switched off completely when Lingard rolled a quickly-taken free kick to Bowen whose shot embarrassed Bernd Leno at his near post.

It got worse for Arsenal when Vladimír Coufal's whipped cross was met by Antonio whose towering header was touched in by Souček.

West Ham could hardly believe their luck but that third goal finally sparked Arsenal into life. Calum Chambers had looked to be Arsenal's biggest threat and his cross found Lacazette who turned sharply and fired goal-wards. His shot might have been going wide but a deflection off Souček sent the ball past Łukasz Fabiański.

Lacazette had a lob cleared off the line immediately after the restart and Arsenal camped in West Ham's half as the home side's early swagger was replaced by nervousness. Chambers was a constant threat down the right and his cross was rifled into his own net by Dawson.

With Arsenal throwing the kitchen sink at the home defense they left spaces at the back and in one counter-attack West Ham looked certain to extend their lead but Antonio somehow struck the post from point-blank range from Saïd Benrahma's cross. Arsenal got the reward their second-half display deserved when substitute Nicolas Pépé delivered the perfect cross for Lacazette to gleefully head home.