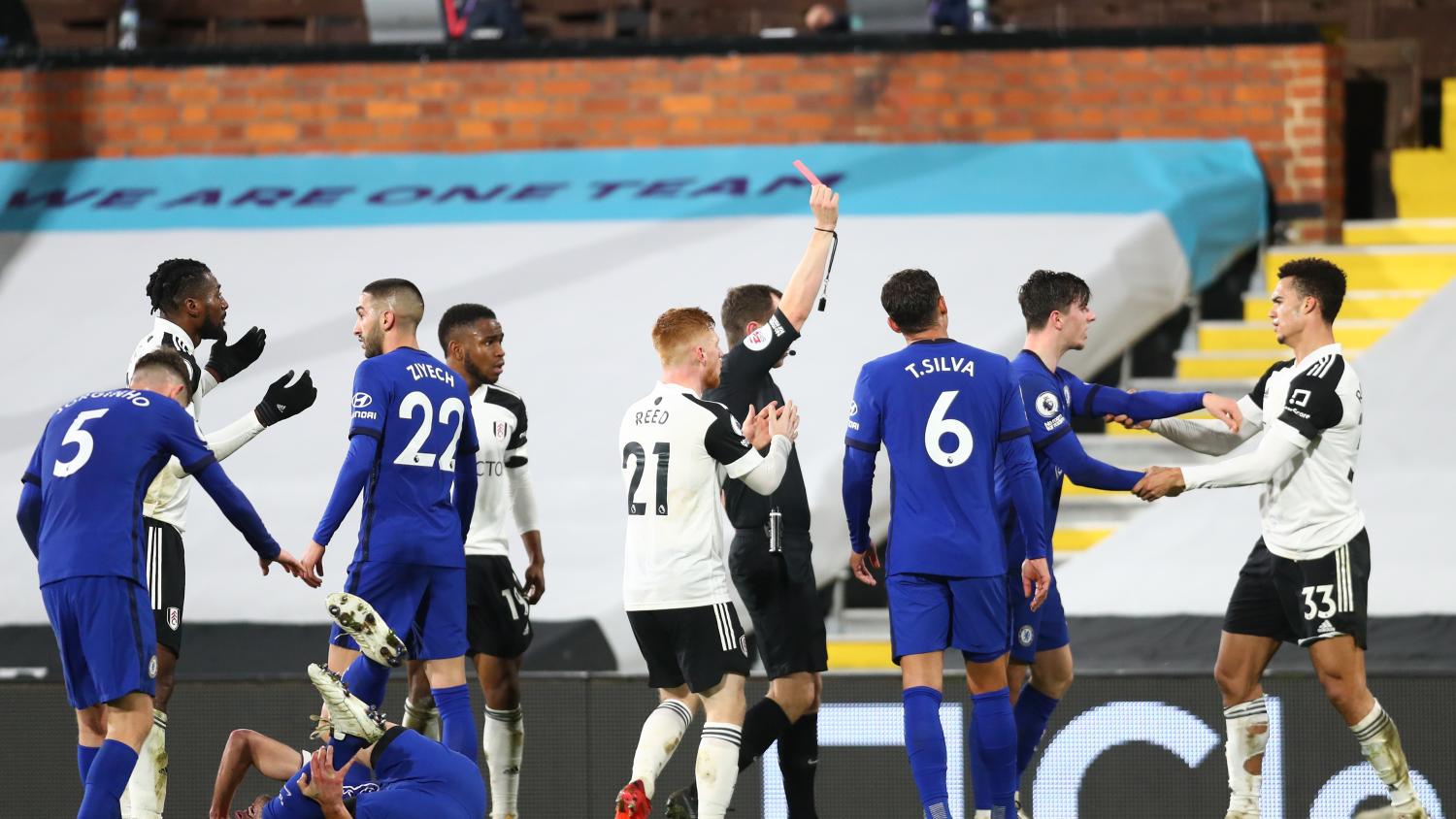 Neither American had a particularly good day at Craven Cottage.
Getty Images

What could have been a showcase battle between two Americans on Saturday turned into a horror show for one of them as Chelsea defeated 10-man Fulham 1-0 at Craven Cottage. Neither American had a particularly good day at the park, but the Antonee Robinson red card vs Chelsea proved killer for Fulham.

Robinson started at left wingback for the Cottagers, on the complete opposite side of Christian Pulisic, who played the full 90 as a left winger for the Blues. In the final minutes of the first half, Robinson’s rash tackle on César Azpilicueta was punished with a straight red card, consigning his side to play the entire second half down a man.

There can be no doubt Robinson, who joined Fulham from Wigan last year, deserved red for that late lunge. The 23-year-old American is no stranger to strong challenges from his time in the EFL Championship.

Robinson wasn’t shown red for that challenge last season but wasn’t so lucky this time around. The ejection was a shame from an American and Fulham perspective, as Robinson was lively in the first half, rampaging up the left flank as the Cottagers’ best forward outlet.

Robinson joined an illustrious group of Americans who have earned a Premier League red card.

Antonee Robinson is the eighth U.S. international with a Premier League red card, and the second for Fulham (Bocanegra).

Despite the man advantage, Chelsea struggled to break Fulham down.

Even with 70 percent possession, it wasn’t until the 78th minute that the Blues found their winner, with Mason Mount pouncing after Alphonse Areola could only palm Ben Chilwell’s cross to the middle of the box.

But Frank Lampard likely won’t be too happy with his team’s performance. Pulisic, Hakim Ziyech and Olivier Giroud struggled to provide much attacking edge against 10 men. Pulisic’s best involvement came in stoppage time when he made a weaving run to the end line before playing the ball back across goal. Azpilicueta was there waiting but sent his shot toward Row Z.

Nonetheless, it’s three points for the Blues, who are now back within touching distance of the Top 4, albeit having played a game more than their closest rivals. Chelsea is now in seventh with 29 points, three back of Manchester City, Leicester City and Everton and one back of Tottenham.

The match came on an eventful day for Americans at English clubs. Earlier on Saturday, USWNT center back Abby Dahlkemper completed her transfer to Manchester City, becoming the third American on the Citizens. (Tim Ream, Fulham’s American center back, was left on the bench again on Saturday and hasn’t played since Oct. 24.)