Amazon Prime Releases Official Trailer For Hotly Anticipated 'All Or Nothing: Arsenal' 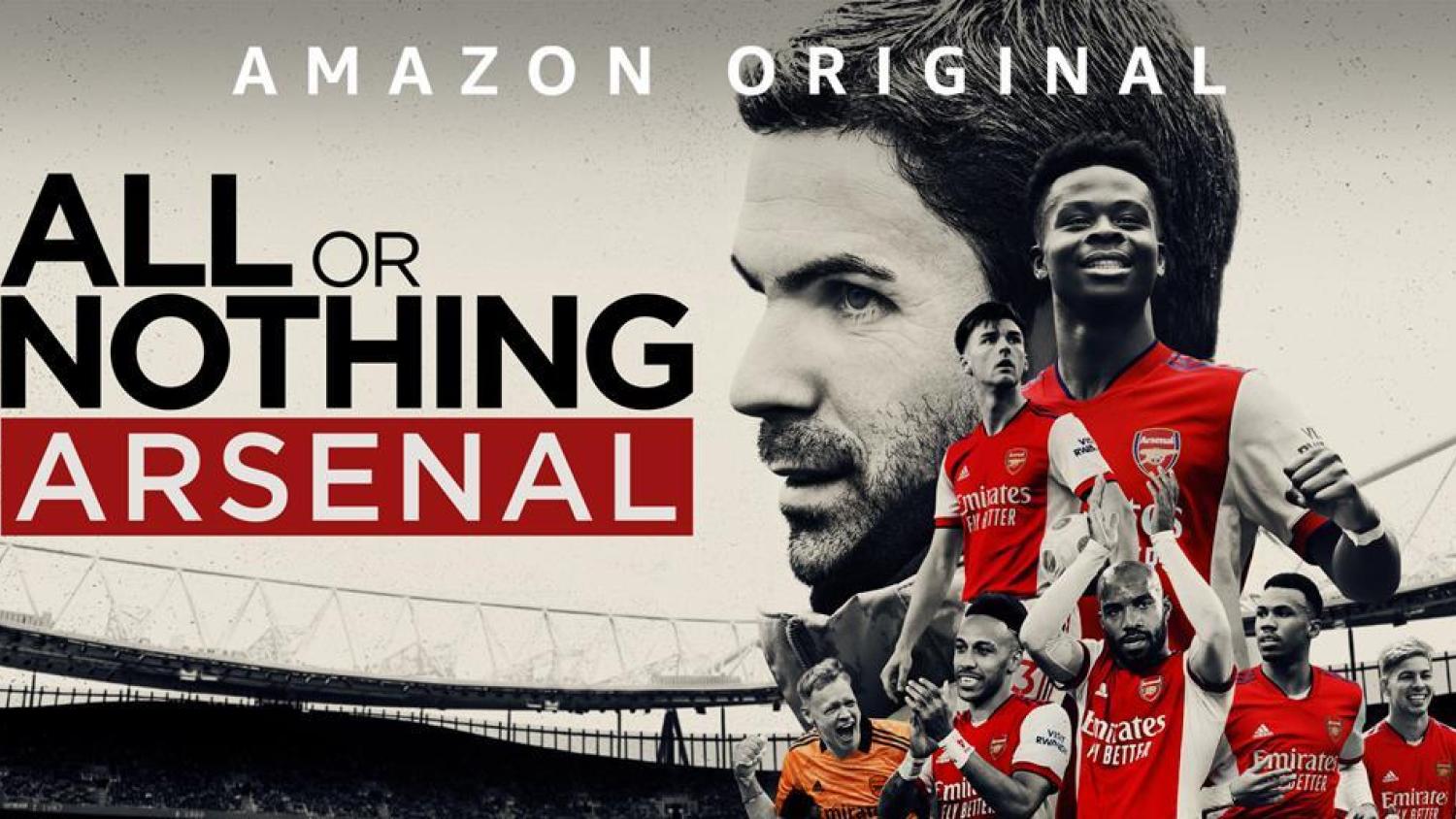 It's finally real. On Tuesday, Amazon Prime released the official trailer for the high drama event of our lifetimes — All or Nothing Arsenal, with a release date set for Thursday, August 4.

All or Nothing Arsenal documents the club's tumultuous 2021-22 season, and it's clear from the trailer that under pressure manager Mikel Arteta, former striker Pierre-Emerick Aubameyang and shining light Bukayo Saka feature heavily.

All Or Nothing Arsenal Trailer

Another theme to look for will be red cards. Arsenal got four reds in EPL play, and both Granit Xhaka and Thomas Partey were sent off in the League Cup semifinals. To know that Amazon had a film crew in the dressing room after all these fracases is to understand how good this season of All or Nothing could be.

The first three episodes of All or Nothing Arsenal will release on Thursday, August 4. These should be particularly brutal since the Gunners started with three straight defeats and reached early December in seventh-place.

Episodes four through six then drop on Thursday, August 11, and these will make for uplifting viewing as Arsenal climbs to fourth-place by mid-March, although we'll also get to see how the show documents the fallout between Arteta and Aubameyang.

The final two episodes are released on Thursday, August 18, and Arsenal supporters will get to relive Tottenham winning 3-0 at Hotspur Stadium to doom the Gunners to a sixth straight season without Champions League football.