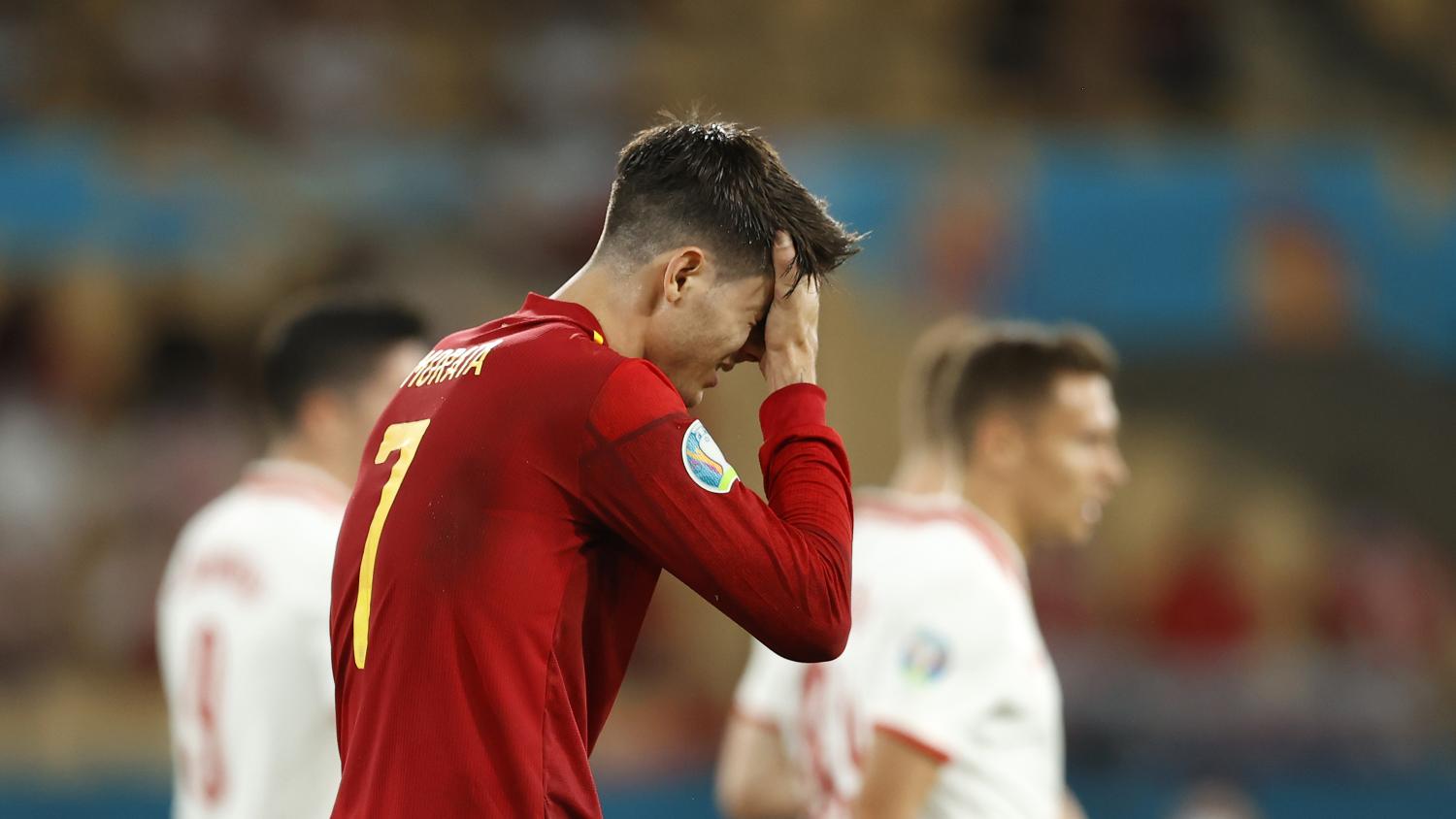 Spain struggled to another draw and is now winless through two matches at Euro 2020.
Getty Images

Álvaro Morata is always in the right areas as a striker. He just can’t quite figure out the finishing when his team needs it most.

Morata, who misses more chances than most players ever create, will rue a missed opportunity on a rebound off the post as Spain huffed and puffed to a second straight draw at Euro 2020, this a 1-1 with Poland on Saturday. Not even a first-half goal from Morata will help us forget this latest miss.

With two straight draws, Spain sits on two points in Group E, needing a win against Slovakia on Wednesday to have any real hope of advancing to the knockout rounds. Poland rebounded from its 2-1 loss to Slovakia to at least stay in the conversation ahead of its Group E finale against group-leader Sweden.

Morata missed two incredible opportunities to give Spain the lead against Sweden on Monday. To his credit, he scored the opener for Poland.

Though he seems to be offside more often than on, Morata actually scored a goal that counted when picked out by Gerard Moreno in the 25th minute. Initially ruled offside by the AR, the VAR said he was onside, and Spain had a 1-0 lead.

The next best chance of the first half fell to Robert Lewandowski, but the Bayern striker failed to convert from 6 yards after Karol Swiderski stung the post from long range. The ball hung up in the air just long enough for Unai Simón to block Lewandowski’s angle.

Lewandowski didn’t miss early in the second half. The Polish No. 9 outbattled his defender for a header to equalize a bit against the run of play.

It appeared the setback would be short lived for Spain as Moreno was stomped on by Jakub Moder for a penalty kick one minute after the equalizer. Moreno clanged the ensuing penalty off the left upright and Morata somehow missed the put-back attempt horribly.

Once again, Morata excellently found himself in a good position to score. Once again, he could not finish. While this wasn’t the easiest of shots with a quick rebound — and Moreno deserves blame for failing to hit the target on the penalty — you expect more from the Juventus striker. Well, you would if he didn’t make a habit of bad misses.

The rebound fail cost Spain two points and sets up a nervy final day against Slovakia, which has looked good so far.