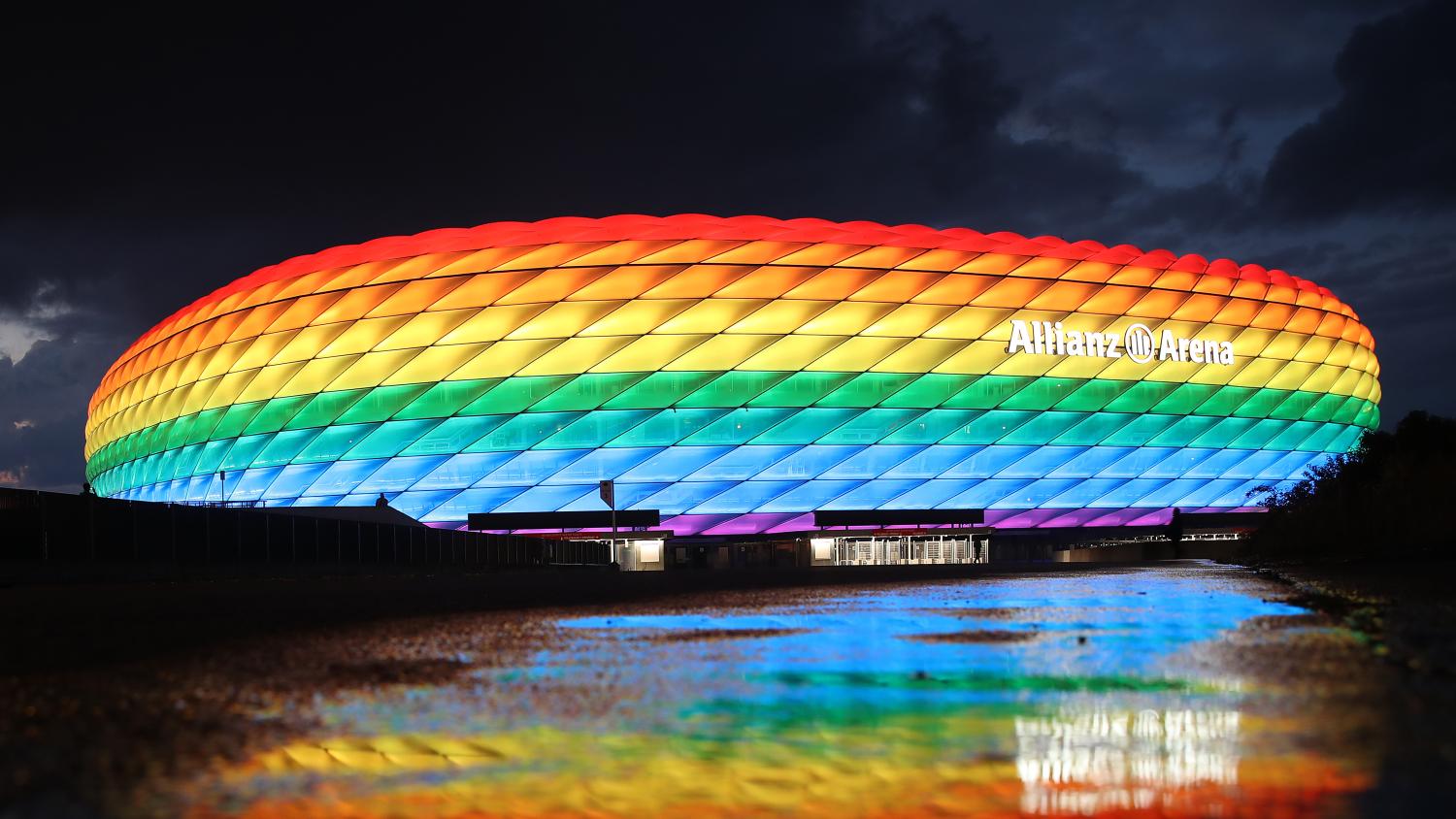 UEFA has turned down a request from the mayor of Munich for the city's stadium to be lit up in rainbow colors for Wednesday's Euro 2020 match between Germany and Hungary.

Munich mayor Dieter Reiter had said he wanted to light up the stadium in the colors in protest against a new law in Hungary that bans the dissemination of content in schools deemed to promote homosexuality and gender change and restricts the media from showing content with homosexuality in programming accessible to minors.

The stadium, known as the Allianz Arena, home to Bayern Munich, is configured to allow the entire external area and roofing to be lit up in various colors.

In a statement, UEFA suggested alternative dates for the gesture during the tournament.

"UEFA, through its statutes, is a politically and religiously neutral organisation. Given the political context of this specific request — a message aiming at a decision taken by the Hungarian national parliament — UEFA must decline this request," the organization said in a statement on Tuesday.

Christopher Street Day events are held in memory of an uprising by homosexuals in New York in 1969.

Budapest Pride organizers said they expected a "huge action" from their partner group in Munich.

"Munich LGBTQ organisations are preparing for the German-Hungary match on Wednesday with a huge action, they will hand out 11,000 rainbow flags in and around the stadium," Budapest Pride said on their Facebook page.

The German Football Association (DFB) had said on Monday that it would also prefer any protest or gesture to be held on a date other than Wednesday.

German Europe Minister Michael Roth told reporters ahead of a meeting with his EU counterparts in Luxembourg on Tuesday that the Hungary's new law clearly violates European Union values.

The Hungarian foreign minister Peter Szijjarto had said on Monday that "mixing politics and sport" was "harmful and dangerous" and he welcomed the UEFA decision.

"Thank God that in the circles of European football leadership common sense still prevails and they did not play along with the political provocation.

"I think, no, I can say that the leadership of UEFA made the right decision when they decided not to play along with the political provocation against Hungary," he said.

UEFA said it was involved in a number of campaigns around diversity and inclusion "to promote the ethos that football should be open to everyone."

"Everyone has a right to equality. Just like every child has a right to grow up in a happy family, be that family made up of however many people of whatever gender, colour or faith. I stand with rainbow families! Let us all speak up against hate, let us be more tolerant and open," he wrote on his Facebook page earlier this year.