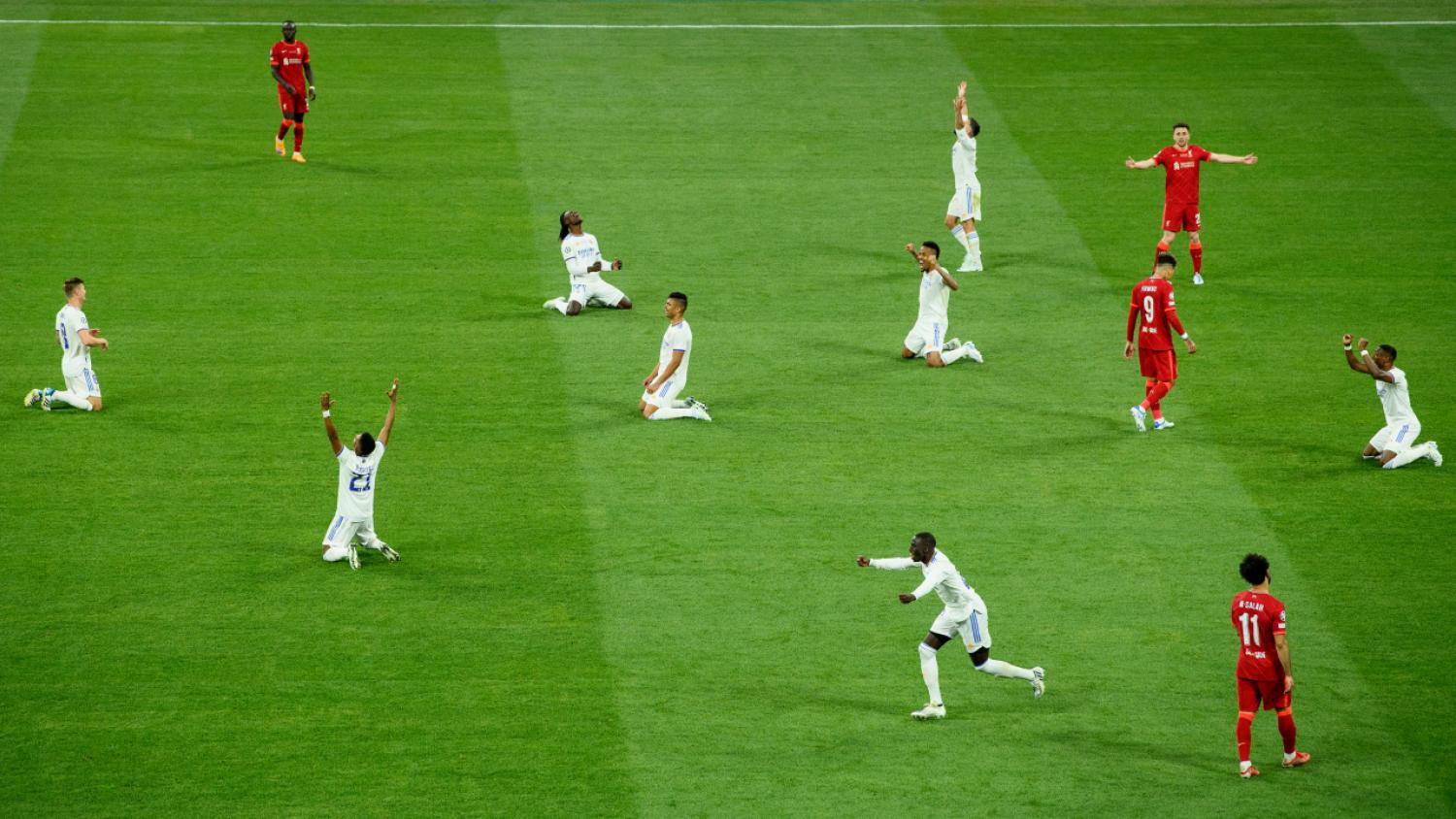 Madrid edged Liverpool in a tense final in May thanks to a Vinícius Júnior strike.

The pair were pulled out of the hat in Monday's draw in Nyon, Switzerland, having also met in the 2017-18 final, which the Spanish side won as well. Real have not lost any of their last six games against Liverpool in the Champions League — five victories and one draw — winning the two finals and progressing in their only knockout-stage tie, 3-1 and 0-0 in the quarterfinals of the 2020-21 season, in these six meetings.

One of the pre-tournament favorites Bayern and PSG will not go all the way, as the duo meet next, in a season that could be veteran PSG forward Lionel Messi's last chance to add to his four crowns won with Barcelona.

English Premier League sides Tottenham Hotspur and Chelsea have been given tough assignments despite winning their groups, taking on Serie A champions AC Milan and the Bundesliga's Borussia Dortmund respectively. Premier League champions Manchester City, who were unbeaten in the group stages as they chase their first-ever European Cup crown, will take on German side RB Leipzig.

(Reporting by Peter Hall in Leeds and Rohith Nair in Bengaluru; Editing by Hugh Lawson)