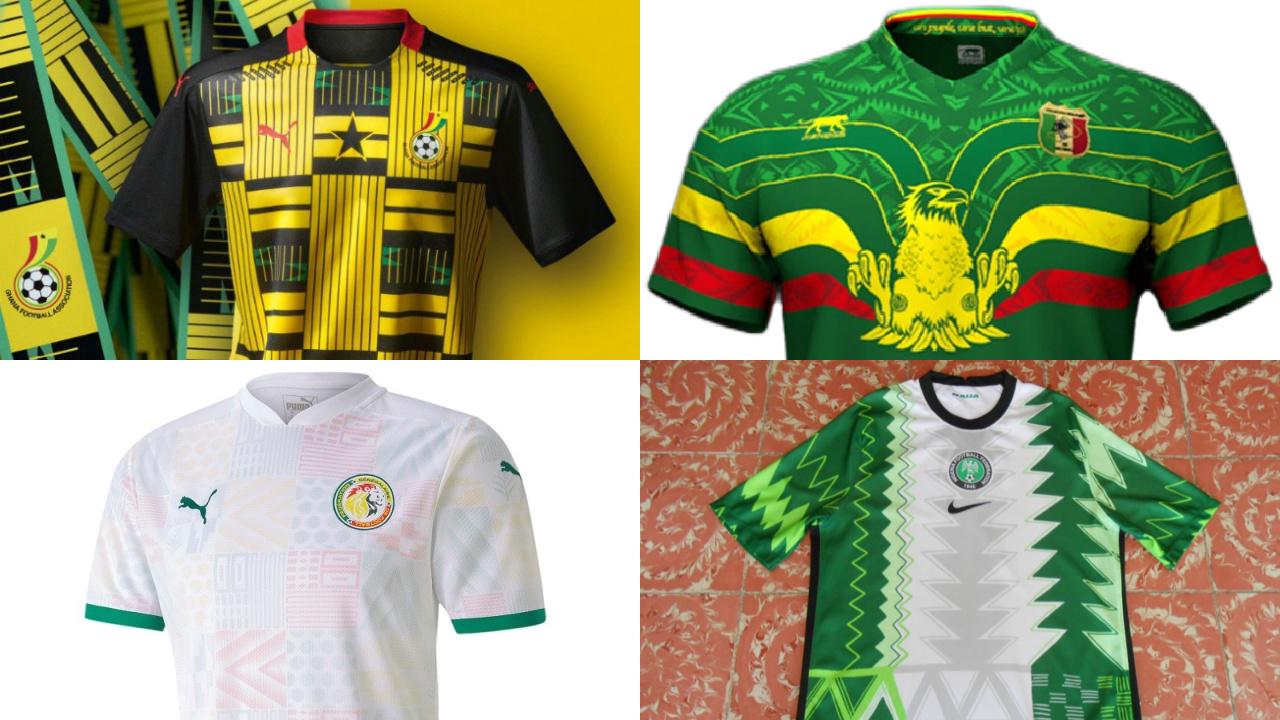 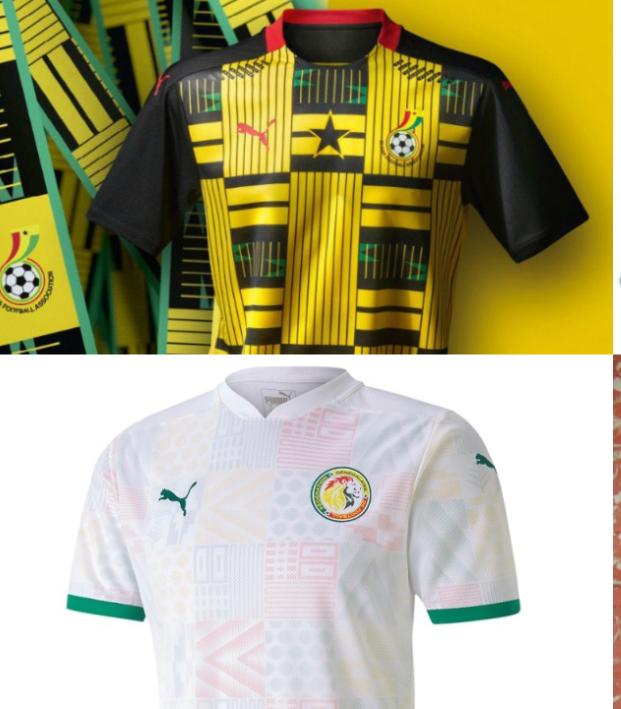 Ranking The Incredible Jerseys Of The 2021 Africa Cup Of Nations

The 2021 Africa Cup of Nations begins Sunday, Jan. 9, with 24 nations vying for the continental championship. Before a ball is even kicked, we can tell you one area in which AFCON is going to better than last summer's Gold Cup, Copa América and European Championship tournaments: the jerseys.

With 17 different brands on show, there are some real classics from heavy hitters like PUMA and Nike but also some gems from Ireland's Masita, France's Airness and Italy's Macron.

Some of the world's best team nicknames are also provided by CAF (The Pharaohs, The Indomitable Lions, The Eagles of Carthage, etc.), and designers haven't shied away from driving that point home. 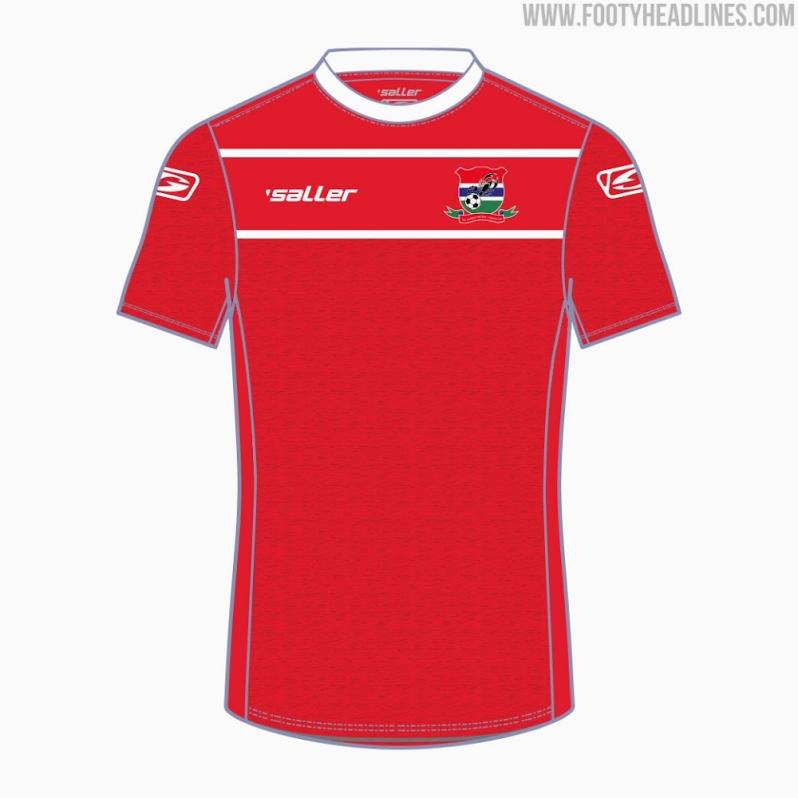 We can't find an actual image of Gambia's kit — only this rendering. That puts you at the bottom of the pack. 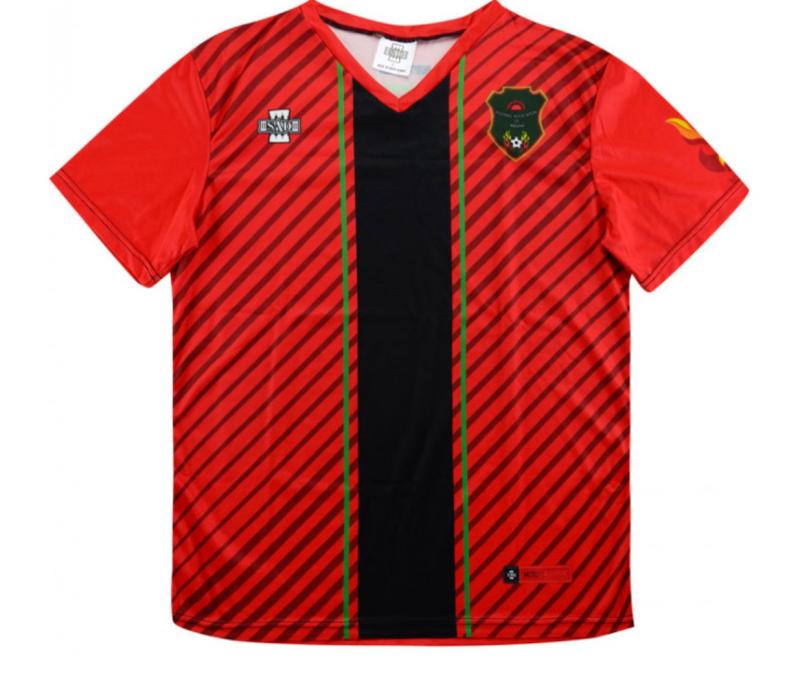 This one hurts to look at. It kind of looks like my eyes feel after staring at it for 10 seconds. 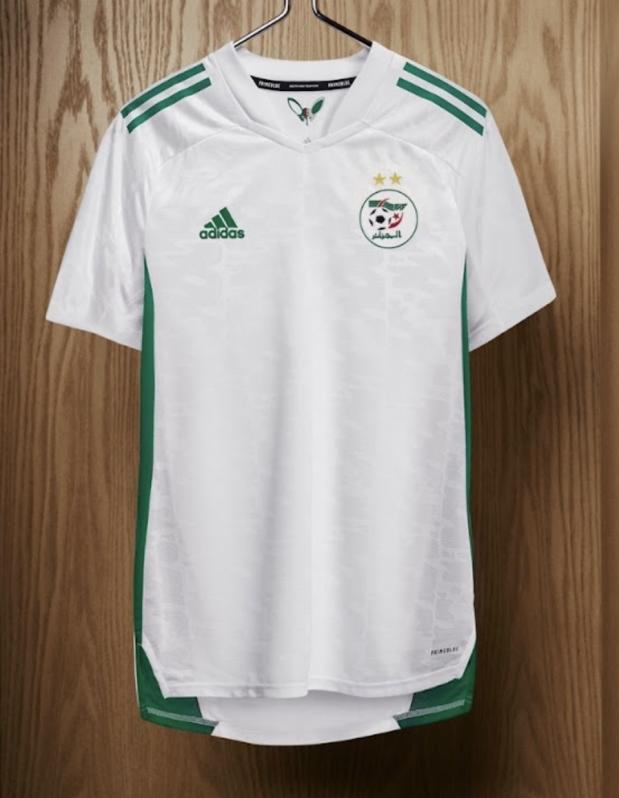 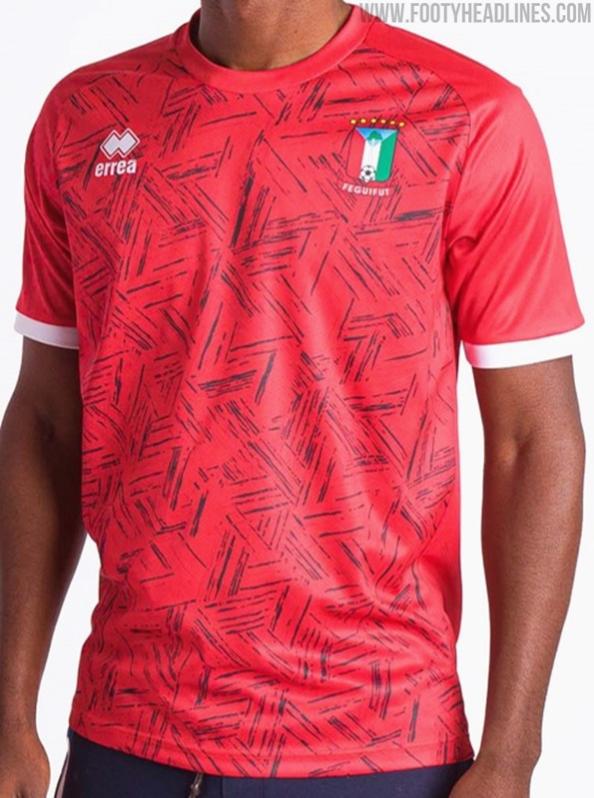 Equatorial Guinea's best option is its third choice, which vaguely reminds me of some of the adidas second/third shirts in Europe this season. 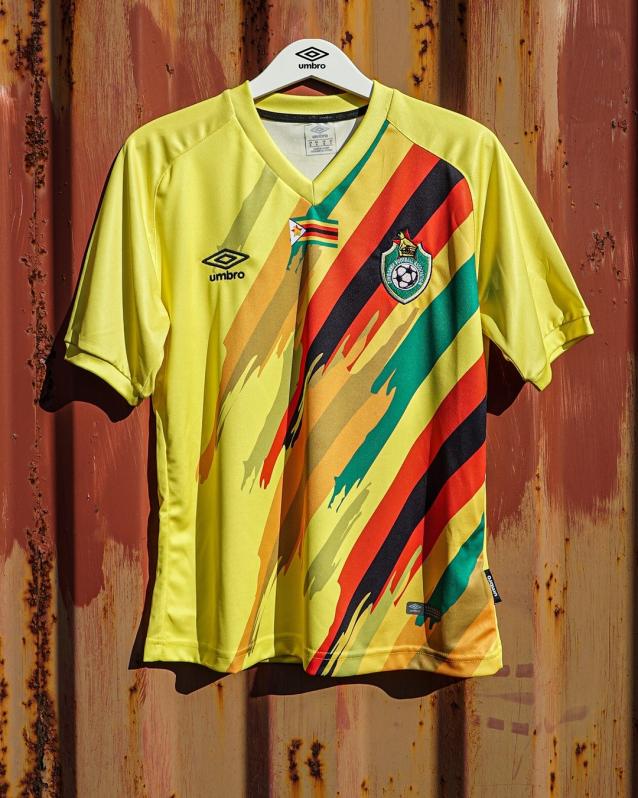 We've gotten quite a few "drip kits" from around the world recently. This isn't one of the better ones. 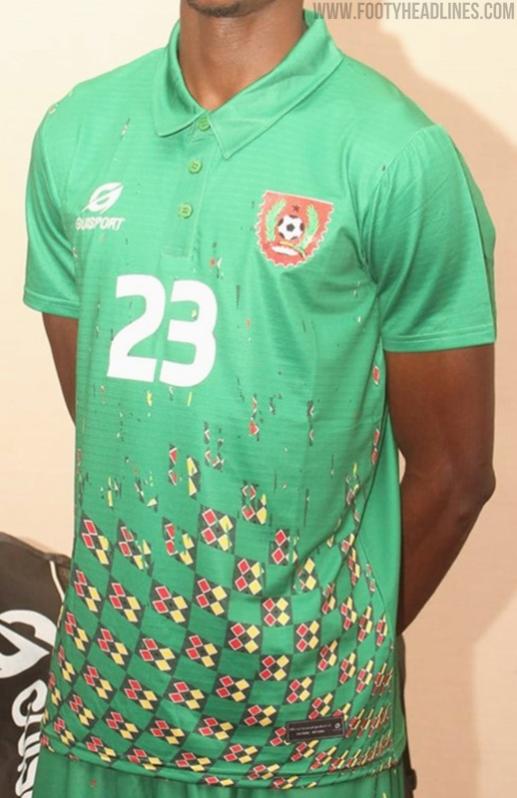 With a nod to the traditional handmade fabrics of its nation, there's a nice, creative flow to things here. 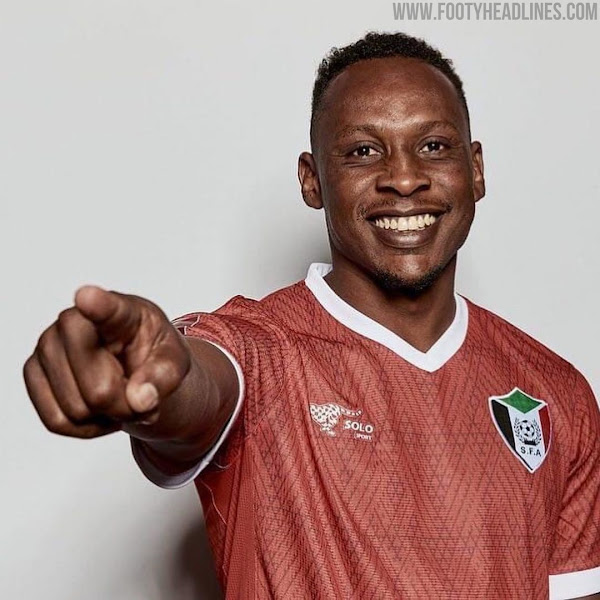 Nothing too crazy, but it really looks quite nice, don't you think? 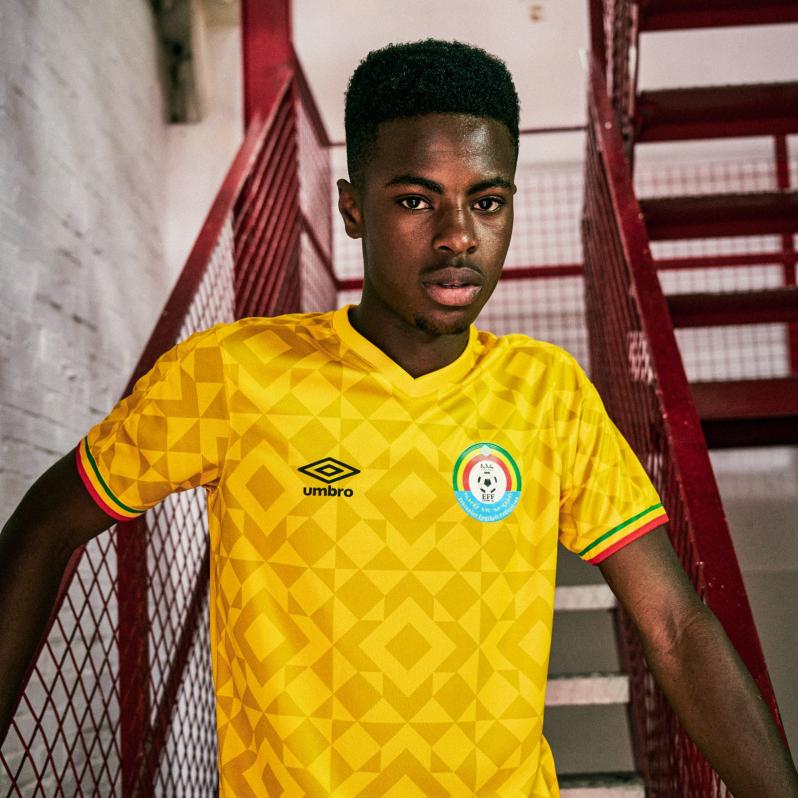 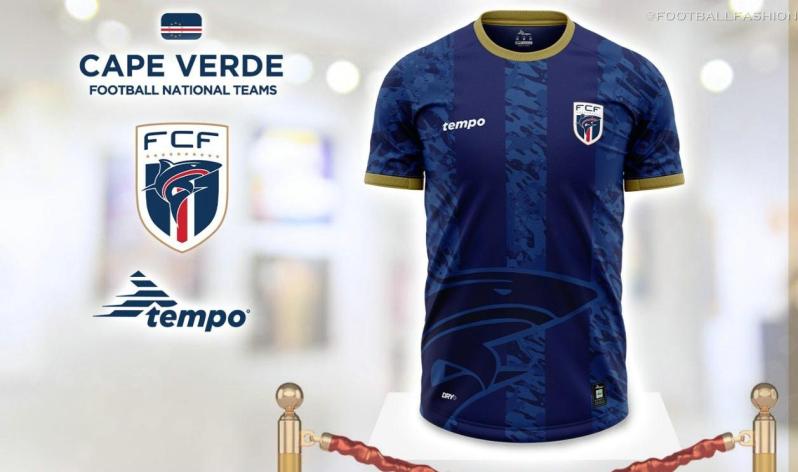 Known as the "Tubarões Azuis" ("Blue Sharks"), it's clear what Cape Verde was going for here. It's an underwater scene in which you're about to get torn to pieces. 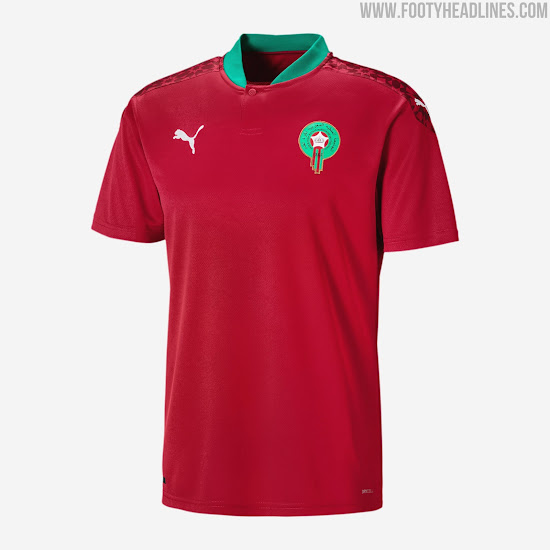 The granddad collar always works for me, and there's a nice balance between it being totally clean and the designs on the shoulders. 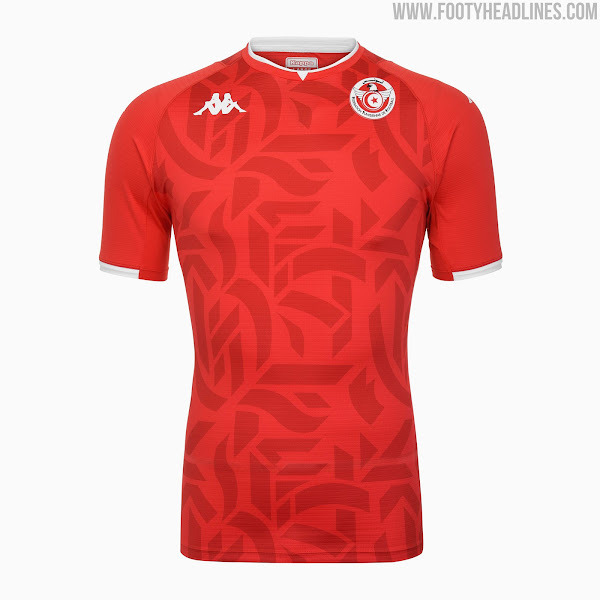 Basically an upgrade of the Morocco jersey. 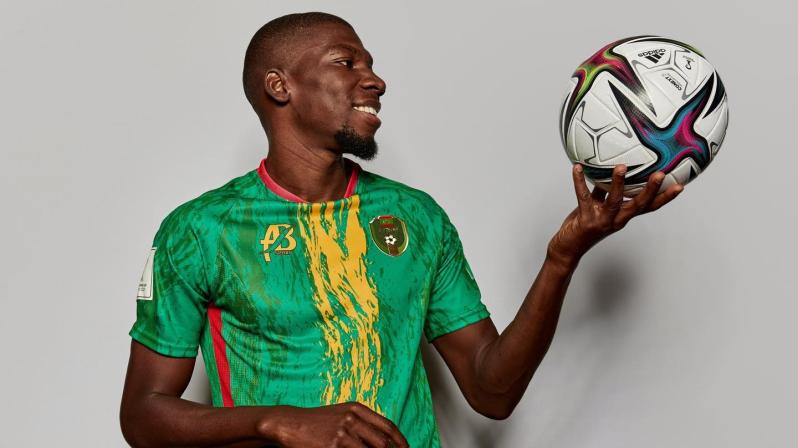 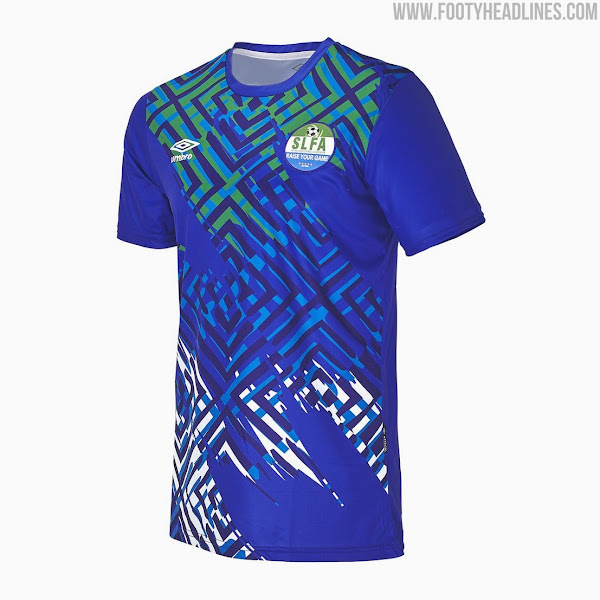 I don't really know what I'm looking at, but I kind of dig it. 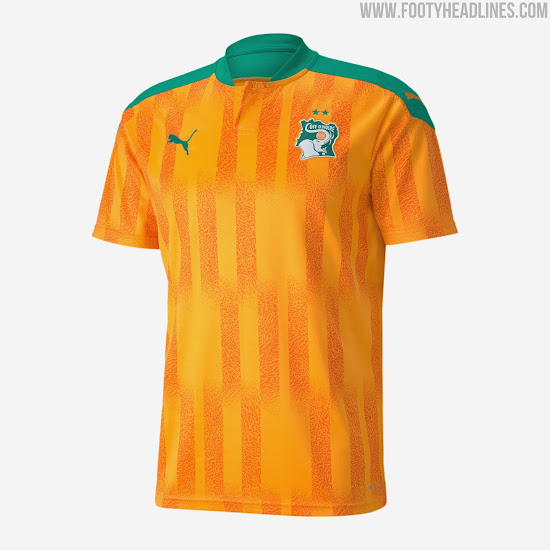 The orange and green colorway of the Ivory Coast is so damn good, and this look makes the most of it. 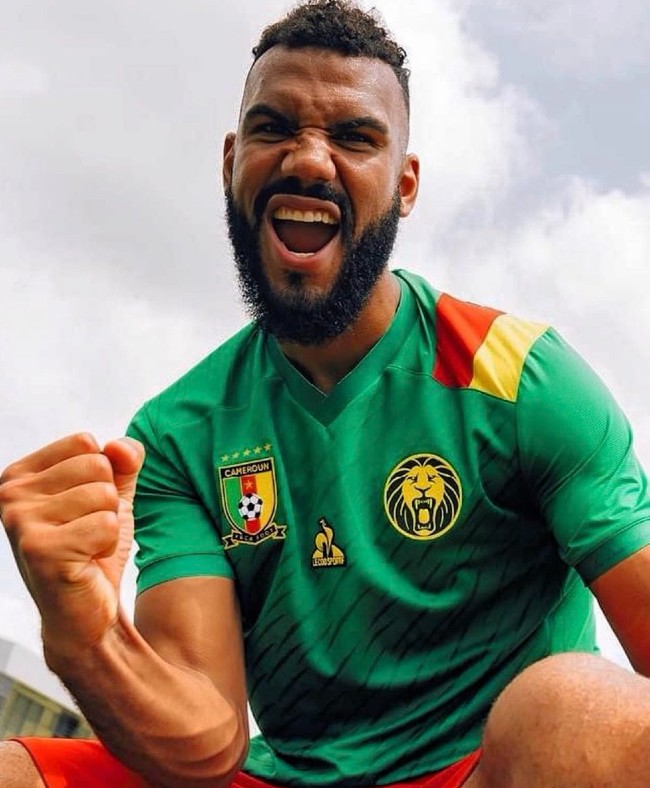 Here we have "Les Lions Indomptables" ("The Indomitable Lions") with a nice claw mark pattern and use of the nation's tricolor flag on the shoulder. 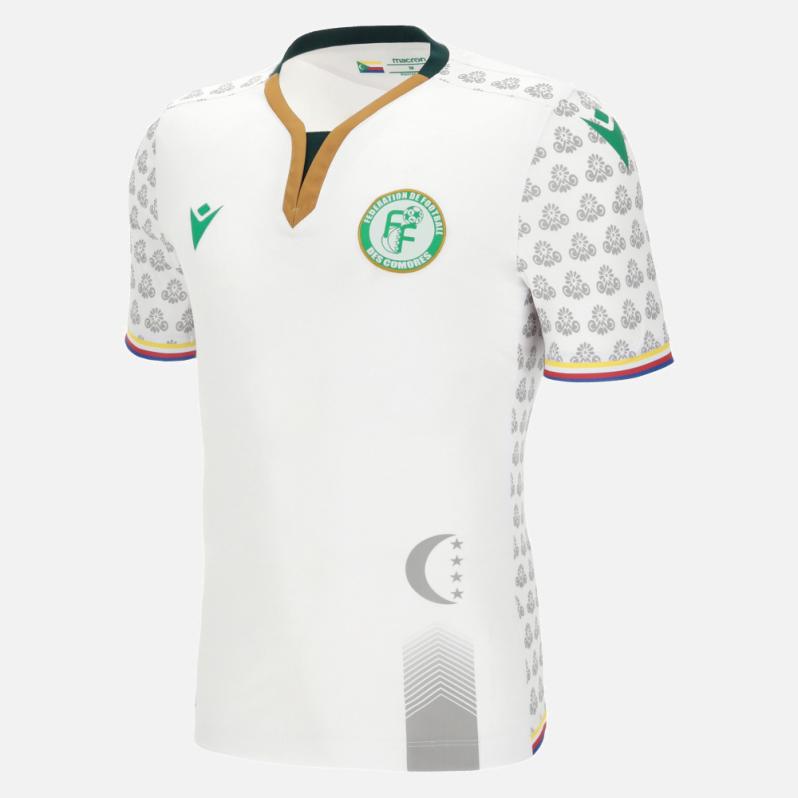 "The Coelacanths" (a now-rare order of fish) are appearing at AFCON for the first time, and they've been given a fittingly beautiful shirt by Macron. 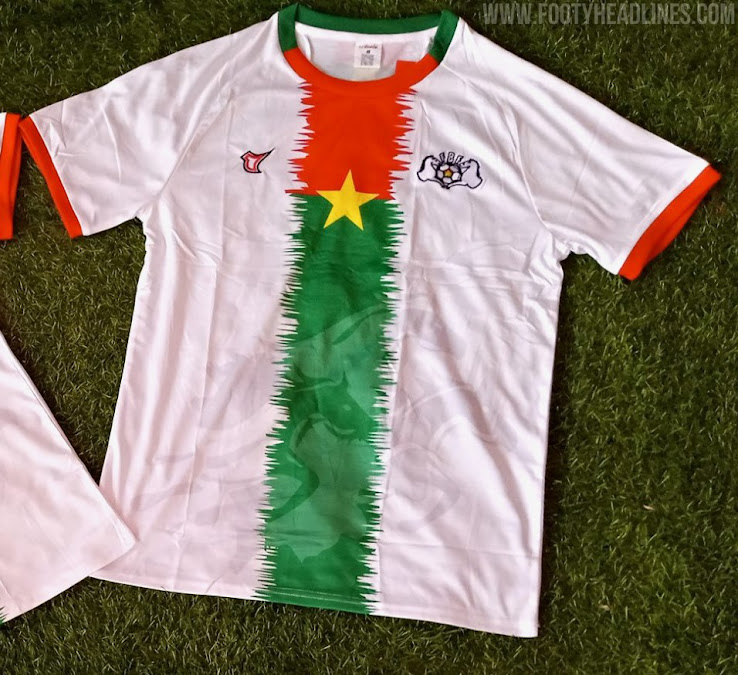 A seismograph reading of green and red down the middle to measure the ground shake provided by "Les Étalons" ("The Stallions"). I made that up but I choose to believe it. The yellow star is on the national flag, which "is the guiding light of the revolution." 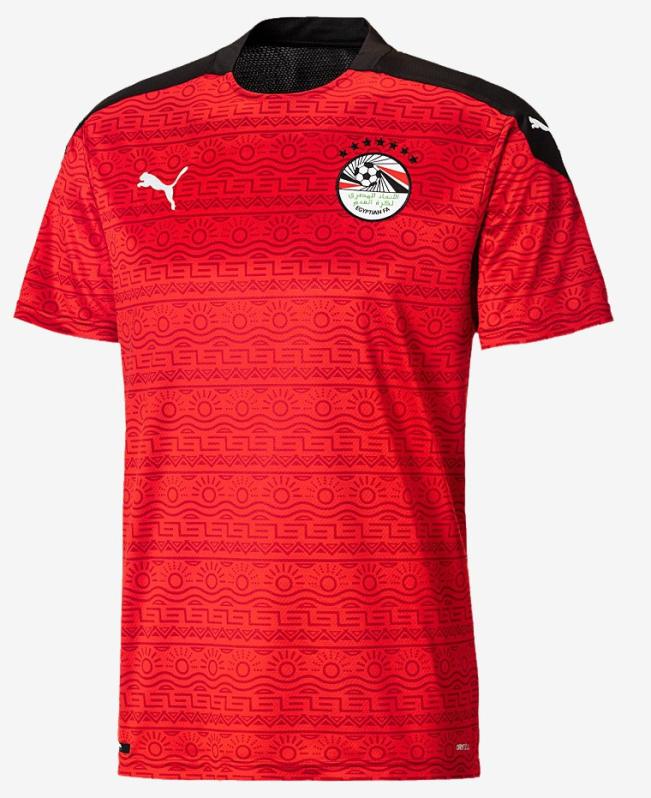 The ancient Egypt hieroglyphs are all you need. 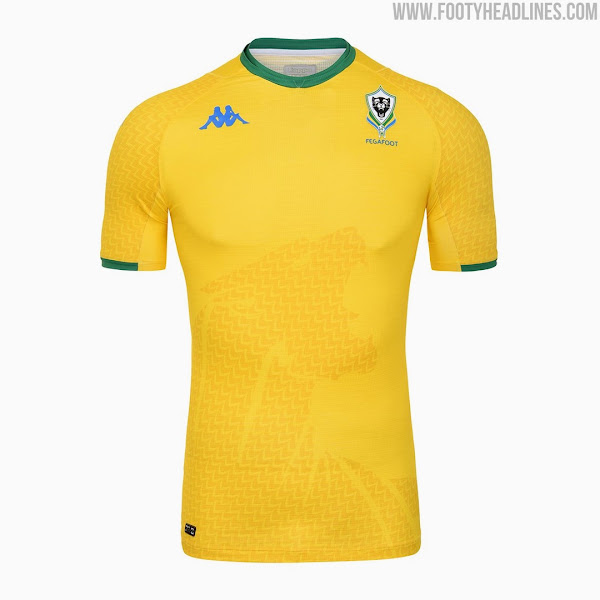 Pierre-Emerick Aubameyang and "The Panthers" of Gabon get this fierce effort from Kappa. 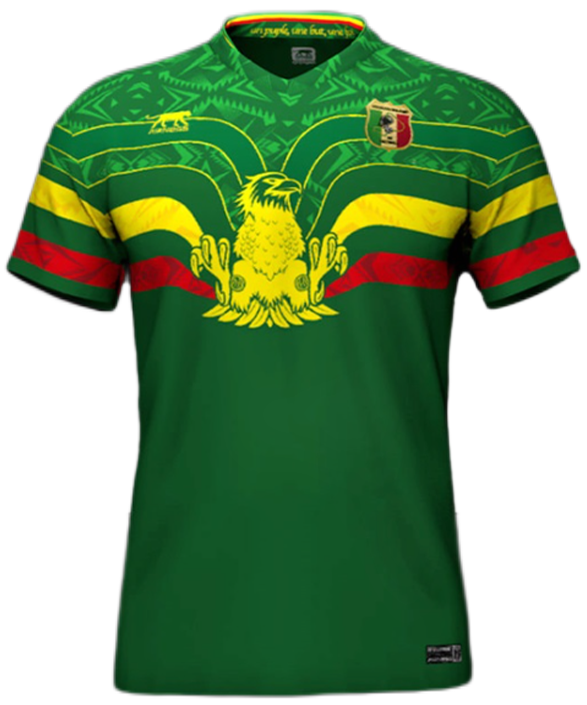 THAT EAGLE'S COMING FOR YOU! 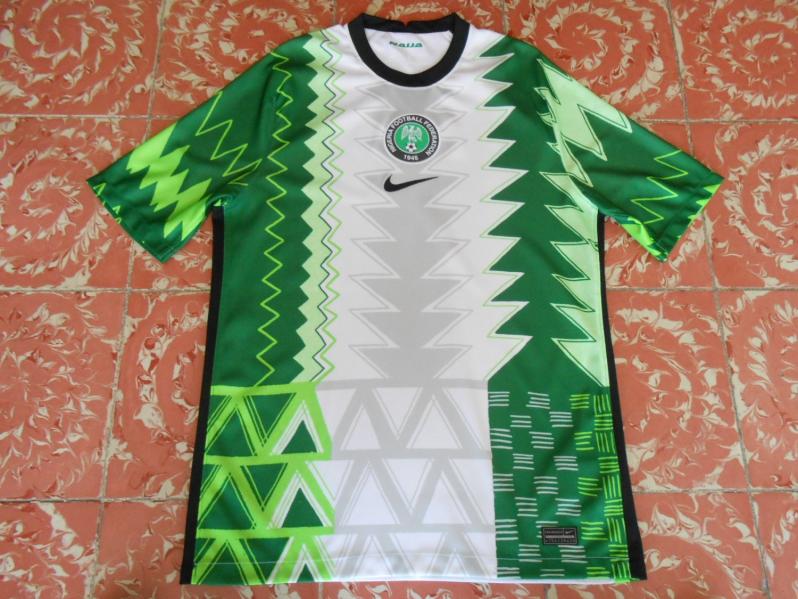 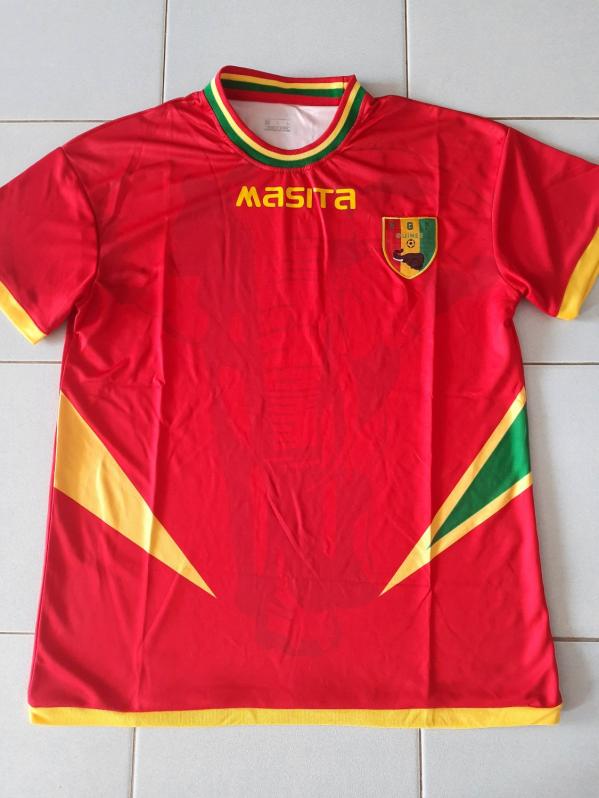 This is one of my favorite shirts ever. I know it really shouldn't be — it's not nearly as high fashion or cutting edge as some of the others — but I can't help myself. 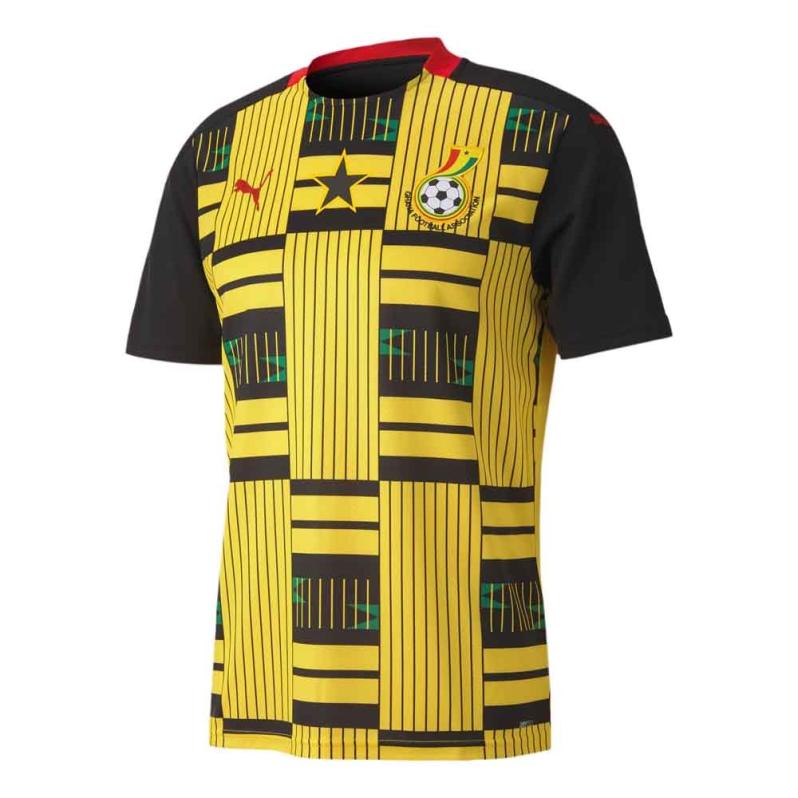 A beautifully menacing combination of black and gold that makes me thankful for the USMNT's non-participation at AFCON. 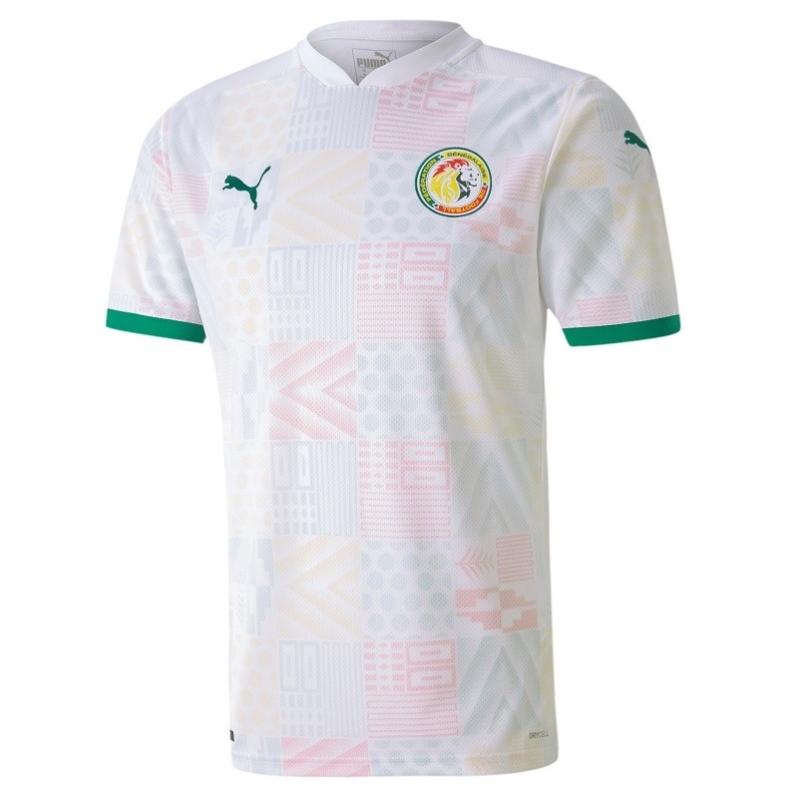 Put it behind glass in an art gallery and people would flock to it.