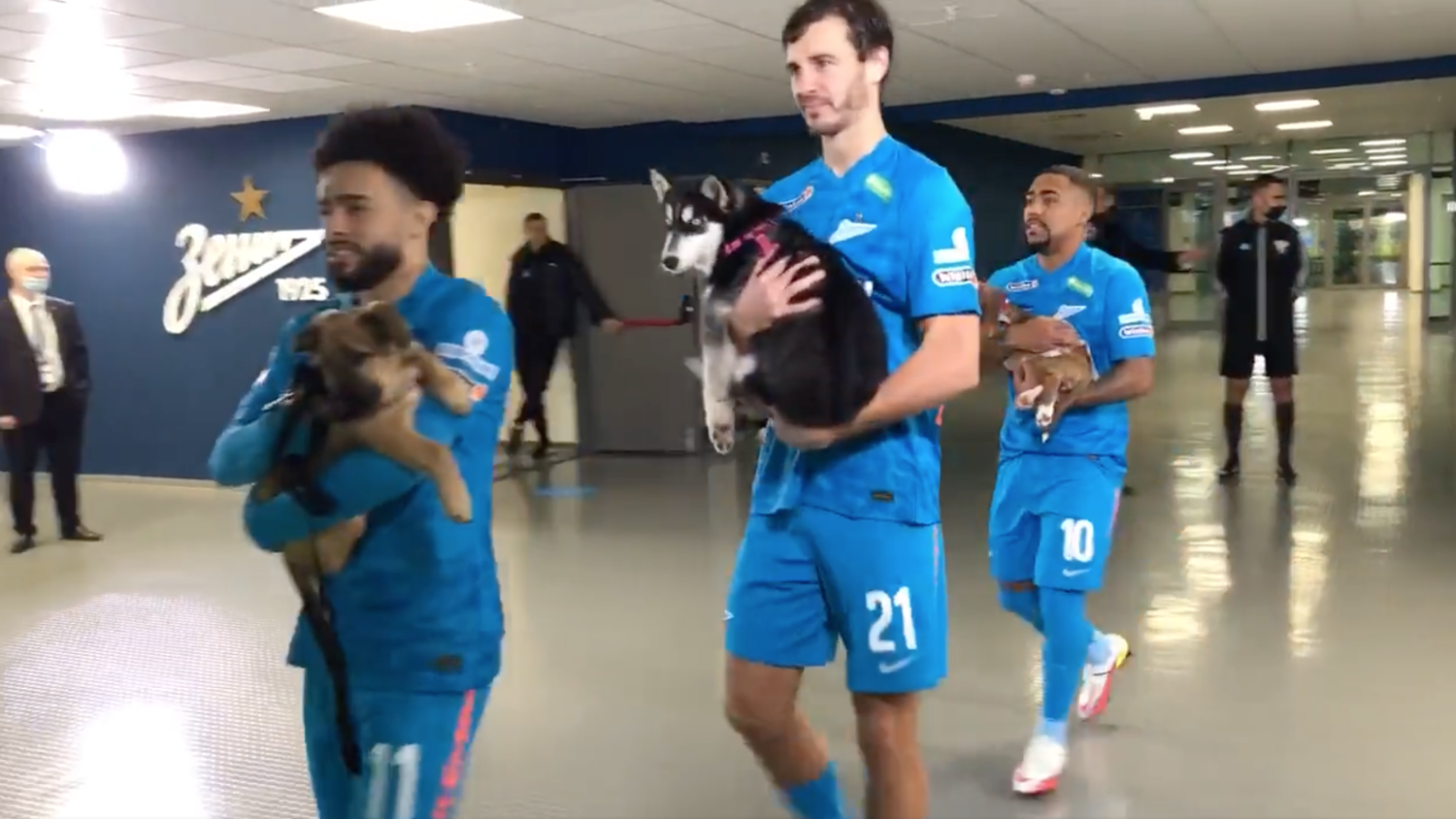 Brazilian winger Malcom hasn’t quite hit the heights expected of him after a $46 million transfer to Barcelona in the summer of 2018. He lasted just one season in Spain before he was shipped off to Russia. But just look at the man now; I don’t think he could be any happier.

Malcom and Zenit St. Petersburg players walked onto the pitch for a Russian Premier League match against FC Rostov on Friday carrying puppies in their arms. It was all part of an attempt to get these good boys and girls adopted from local shelters.

The Zenit players took to the pitch at the Gazprom Arena this evening accompanied by dogs from local shelters looking for a new home pic.twitter.com/bjFTvntw3i

Even in Russia, it’s impossible to not be happy while holding a puppy. At least until that puppy decides to run for office and is slipped some polonium 210.

Malcom couldn’t hide his smile as he held a dopey-faced pup.

Full credit to Dmitriy Chistyakov for carrying the largest doggo.

This is hardly the first time players have walked out with dogs in need of a home, nor will it be the last. But we’ll never turn down a chance to share cute puppies with our dear readers.

Unfortunately for league-leading Zenit and the pups, Rostov scored two early goals and held on for a 2-2 draw. Malcom did not score, but fellow Brazilian winger Claudinho scored twice.

Despite defeat, Zenit St. Petersburg still sits atop the Russian Premier League with 37 points five points clear of second-place Dynamo Moscow, which has a game in hand. Rostov is 11th through 17 matches.

Zenit finishes out the Champions League group stage against Chelsea on Wednesday before taking on Dynamo Moscow in a top-of-the-table clash on Dec. 12, the last game before Russia’s winter break. Zenit can only finish third in UCL Group H and will be in the Europa League next year.