Best is yet to come from USMNT, but exposed shortcomings must be resolved before 2026 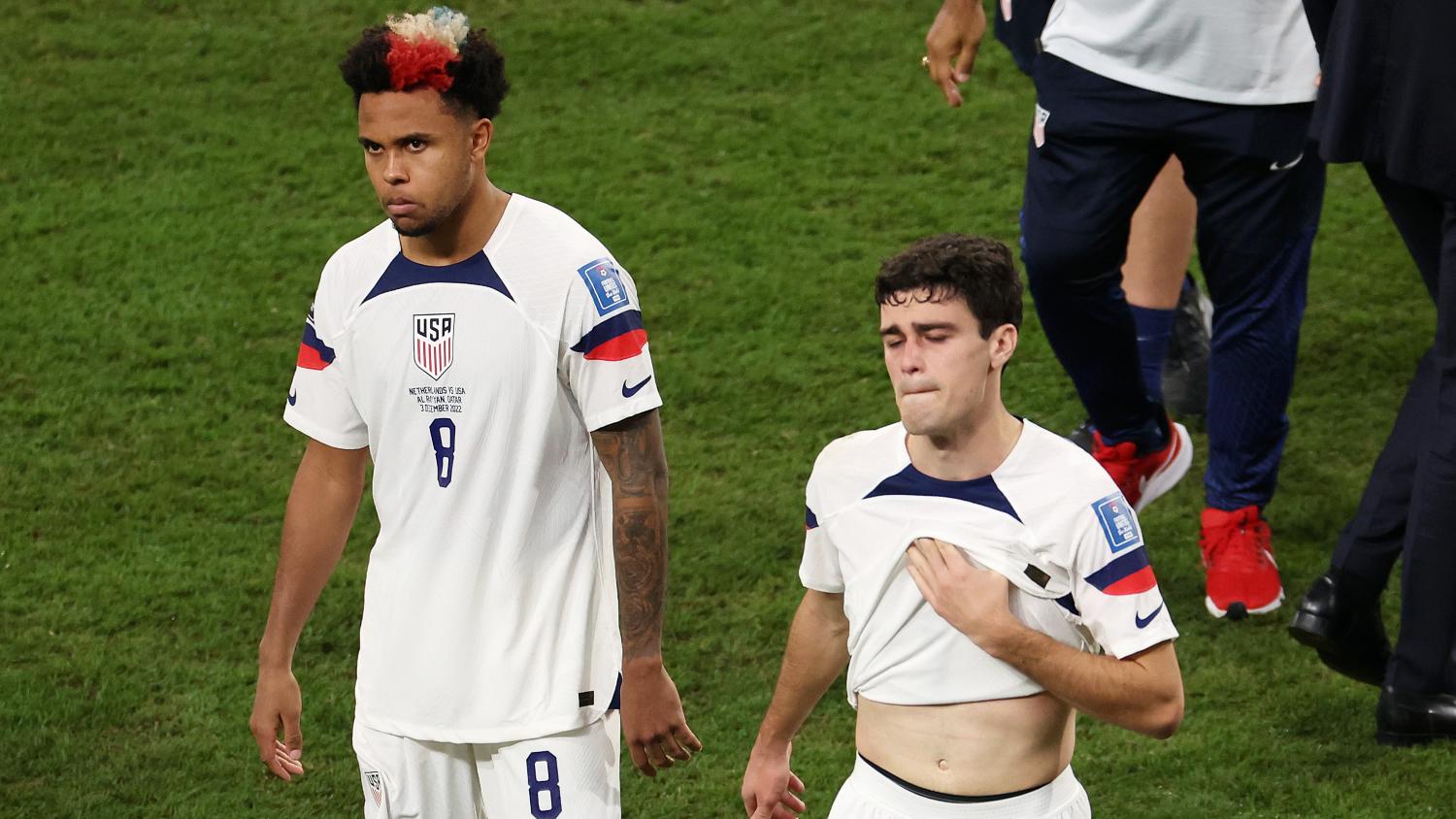 If the U.S. wants to challenge for the next World Cup, the squad needs a goalscorer.
Getty Images

DOHA - A fresh-faced United States squad arrived in Qatar with modest expectations and although they may leave with a sense of disappointment after another last-16 exit, their performances offered hope of a longer run when they co-host the 2026 tournament.

After an encouraging group campaign, a young team brimming with confidence entered the knockout phase believing they could deliver another plot twist in a tournament where underdogs have consistently punched above their weight.

The U.S. largely outplayed Wales in their opener but let victory slip after conceding a late penalty, and went toe-to-toe with heavy favorites England in a scoreless stalemate. Needing a win over Iran to advance, Gregg Berhalter's side delivered, surviving nervous moments at the end to earn the first victory of their campaign.

The U.S. frustrated opponents with their excellent pressing style as well as an organized and disciplined defense in those games, offsetting their profligacy in front of goal and poor set-piece delivery. Those shortcomings caught up with them against the Netherlands on Saturday when the U.S., the only team not to concede from open play during the group stage, found themselves trailing for the first time in the campaign.

Their three defensive lapses were punished as the Dutch scored on each occasion, with Denzel Dumfries the architect of their demise in a Netherlands side who attack strung together one-touch passes like clockwork to carve open the American midfield.

Christian Pulisic spurned a gilt-edged early chance before a vintage Dutch build-up that included 20 uninterrupted passes, helped along by an uncharacteristic error from U.S. captain Tyler Adams, was rounded off by Memphis Depay's crisp finish.

"We don't have a Memphis Depay," Berhalter said. "Their first attack was basically a goal. They were clinical with their opportunities in the first half. Other than that, there wasn't a ton separating the two teams."

Daley Blind's goal, scored just before the break in almost identical fashion, was a true gut-punch and although Haji Wright fortuitously gave the Americans a lifeline with a deflected shot, Dumfries soon restored his team's two-goal cushion.

The American campaign may have ended in disappointingly familiar fashion — they have exited in the first knockout round in their last three appearances — but their next World Cup match will be on home soil when key players in the current squad should be in their prime. On their return to the world stage after eight years, the U.S. fielded four of the five youngest line-ups of the competition and were the second youngest of the 32 squads with an average age of 25 years 214 days when the tournament began.

Pulisic, Adams, Weston McKennie, Yunus Musah, Tim Weah and Sergiño Dest were among 19 players making their World Cup debuts. The previous record for the U.S. team stood at 16, set in the 1990 tournament when they bowed out in the group stage. The quality of the squad combined with their progress during the tournament sparked discussions about the next American golden generation. Berhalter was reluctant to place that burden on his players but this time it does not feel like promotional bluster.