USMNT's Ghana scouting report #2: Mohammed Kudus is going to be a problem 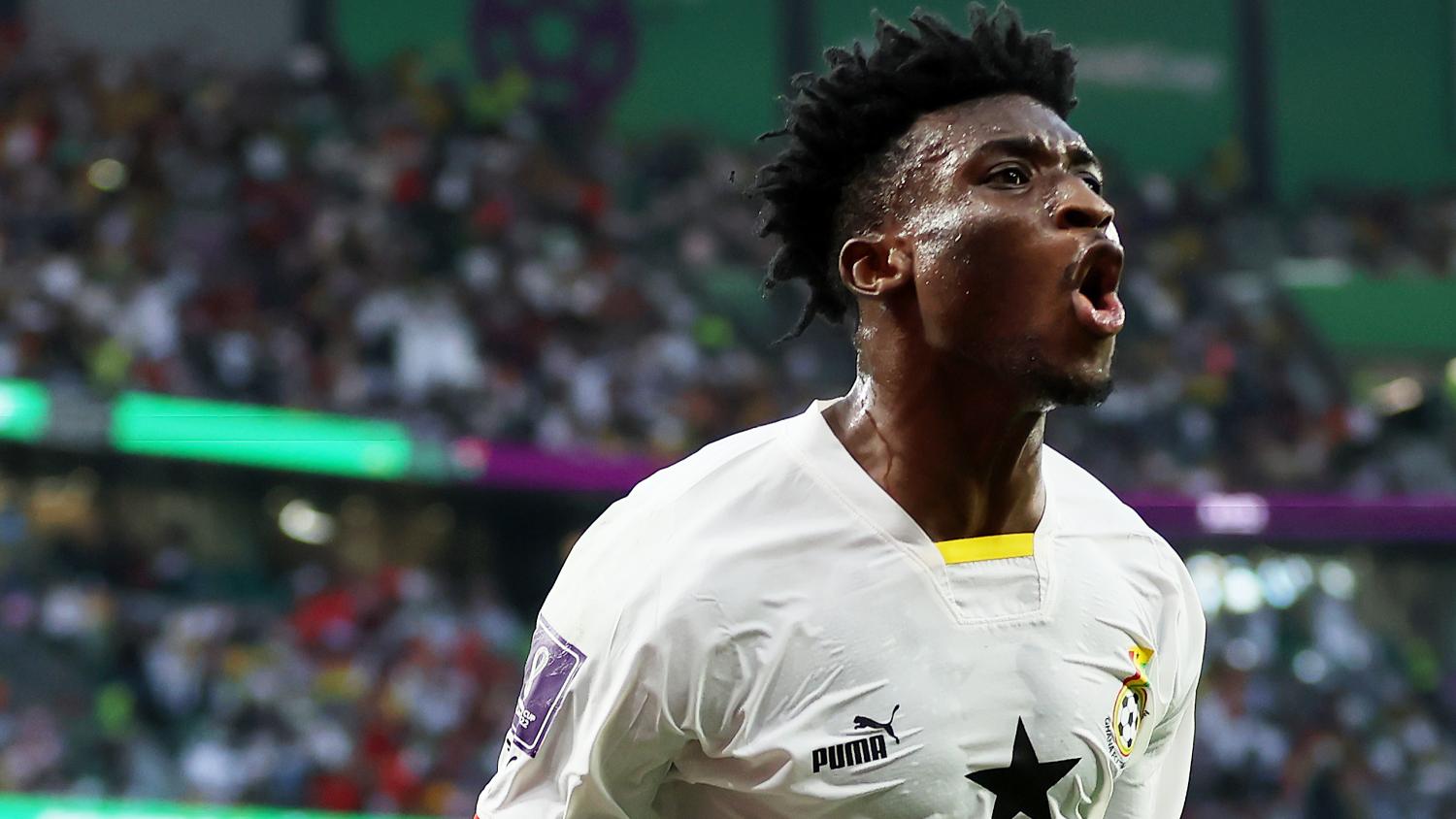 The Black Stars took another step towards playing the U.S. by beating South Korea.
Getty Images

When Ghana, the youngest team at the World Cup, eventually meets the USMNT, the second-youngest, in the World Cup semifinals, it's clear that the juvenile inconsistencies of both will allow one team to shine in the opening 45 before the other side comes storming back in the second half.

I'd expect something like a 3-0 halftime lead for either the USA or Ghana and then four unanswered goals from the losing side for an incredible 4-3 reversal to send one team to the World Cup final.

The question of our scouting report becomes this: "How do we ensure that it's the U.S. that gets the last laugh?"

The Americans took a step towards a full 90-minute performance (at least with regards to defensive structure) against England, but Ghana responded against South Korea on Monday by blowing a two-goal first-half lead before finding an incredible winner just after the Tigers of Asia thought the Black Stars were fading.

Key to Ghana's heart-stopping victory was the play of 22-year-old attacker Mohammed Kudus. Manager Otto Addo — after deploying him more centrally against Portugal — made the tremendous decision to push him out wide right with André Ayew behind Iñaki Williams and Ayew's brother Jordan reintroduced to the starting XI on the left flank.

We'll need Antonee Robinson at his best — with some defensive work from Christian Pulisic — to nullify this young man's threat.

Kudus' first goal, off a spectacular ball into the area from Jordan Ayew, was almost impossible for South Korea to deal with.

The pass by Jordan Ayew to set up the goal was a beauty pic.twitter.com/erlUHayiBg

His second came after Williams provided an assist straight from the "Danny Welbeck School of Misfiring so Badly it's Chance Creation." Walker Zimmerman might be alert to this one given the madness of Major League Soccer.

The more frightening news for the U.S. is that South Korea got after Ghana with two goals from its No. 9, Cho Gue-sung. If we could even get two shots from our striker that would be fantastic.

Our friends return to action on Friday against Uruguay. It'll be fascinating to see if the legs of Diego Godín and Martín Cáceres can withstand Ghana's vibrant attack but I think not.