The Top 9 Best Midfielders Playing At The 2022 World Cup 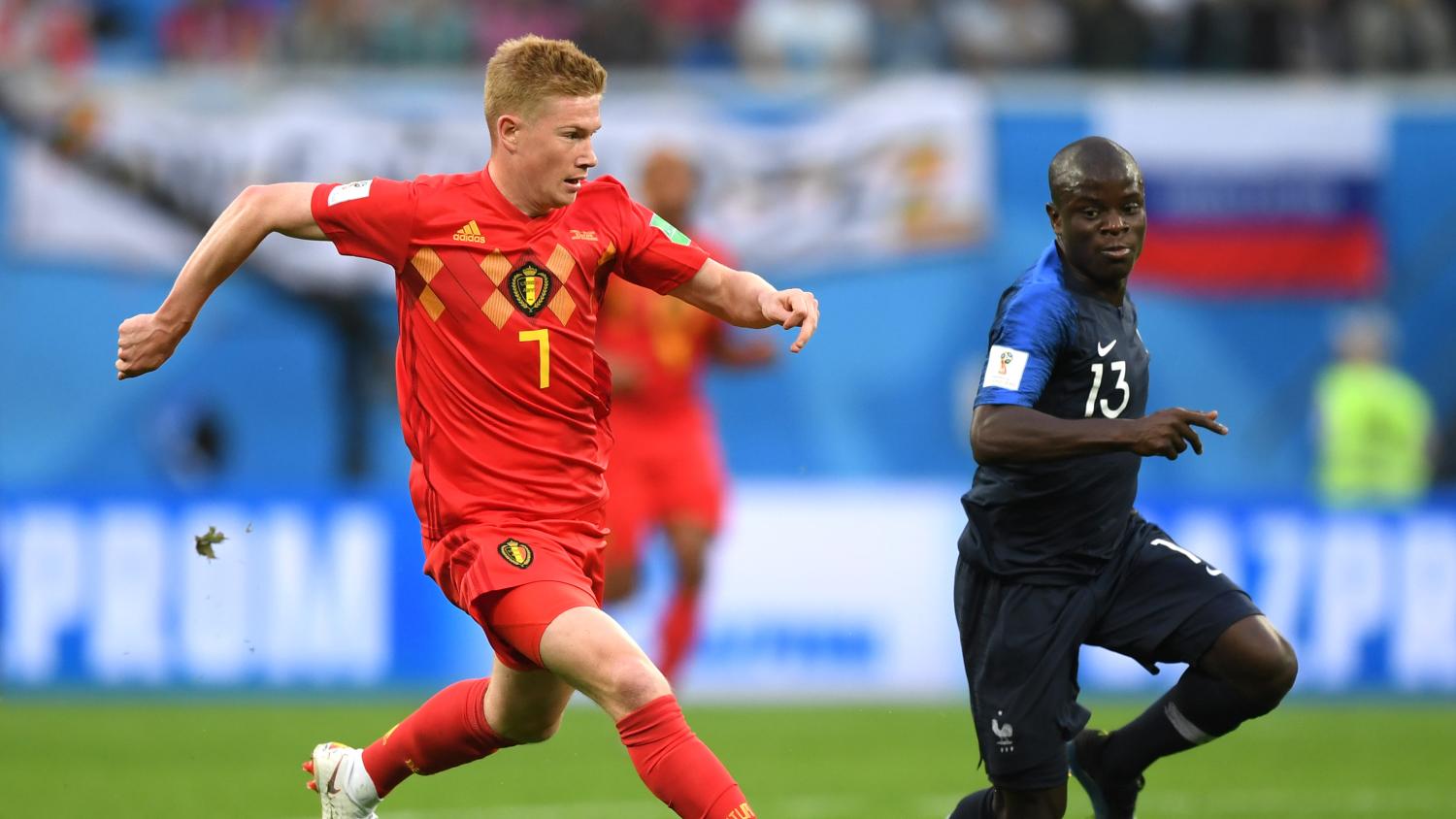 De Bruyne, Modric and Foden all feature, but which midfield maestro tops our ranking?
Getty Images

Midfielders are the heartbeat of any soccer side. They control the pace of play, create chances, contribute to attack and defense and oversee the transition between the two. With technique, creativity and intelligence, a world class midfielder is a joy to watch.

From iconic legends to up-and-coming stars, the 2022 Qatar World Cup is filled to the brim with exceptional midfield players. Who rises to the top? Without further ado, here are the ten best 2022 World Cup midfielders, ranked.

Some may not consider Sergej Milinkovic-Savic to be among the best 2022 World Cup midfielders, but Serbia are World Cup dark horses and the Lazio man is probably their best player. The physically imposing box-to-box midfielder dominates in Serie A, and has been linked with a move to elite European clubs for years now.  Should Serbia impress, look for Milinkovic-Savic to be a breakout star.

Not many players have a first touch like Sergej Milinkovic-Savic

De Jong excelled in LaLiga under the tutelage of Barcelona legend Xavi. The Dutchman provides playmaking ability, strong ball-winning ability and link up play. Could this be the World Cup in which we see De Jong recognized among the world’s best?

Foden often plays as a left-forward for Manchester City, but excelled in his role as a deep-lying playmaker for England during World Cup Qualifiers. The versatile youngster is coming off of his second consecutive PFA Young Player of the Year Award. Though relatively unproven as a midfielder, Foden earns a spot on this list due to his potential and overall skill alone.

Casemiro is a key man in defensive midfield for Brazil. His defensive work often goes unrecognized, but the midfielder wins his battles and frees the more attacking players to move forward. At Real Madrid, there would be no Modric or Kroos without Casemiro.

Modric won the 2018 Ballon d’Or after guiding Croatia on a miraculous underdog run to the World Cup final. Though his best days are behind him, Modric has five Champions league titles to his name and Croatia will still need his leadership, creativity and technical quality to win games. Let’s see if Modric and Croatia can put it together for one last ride.

The calm amongst the chaos. pic.twitter.com/pPTYZLOuhf

Kimmich is a serial winner for Bayern and a member of a new generation of midfield stars. For both Germany and Bayern, Kimmich is the successor to legend Philipp Lahm in more ways than one. While Lahm was a fullback who occasionally played in central midfield, Kimmich is mainly a midfielder who can also play as a right back. Like Lahm, Kimmich’s intelligence and aggression make him a defensive star whose abilities are complemented by his ability to dictate attacking play.

3. Sergio Busquets / Thiago Alcantara / Rodri (whoever is starting for Spain)

Spain has an embarrassment of riches in defensive midfield. Sergio Busquets is one of the best defensive midfielders of all time and captains the Spanish team. His distribution, vision, positioning and near-perfect defensive work make him one of Spain and Barcelona’s most influential, if underrecognized, players. Manchester City’s Rodri and Liverpool’s Thiago don’t always start for Spain, but are coming off of seasons in which they excelled in key midfield roles for their respective clubs. Any of these three players, should they get playing time, rank among the best 2022 World Cup midfielders.

The only of his kind

Though he sometimes plays as a winger, Bernardo Silva excels in the No. 10 role for Portugal. Bernardo excels at creativity – his technique and dribbling skills make him one of the world’s most unique playmakers. Silva truly shone last season at Manchester City and will be looking to do so on the world stage as well.

Of all the best 2022 World Cup midfielders, Kevin De Bruyne ranks supreme. The Belgian led the Premier League with a whopping 3.6 chances created per 90 minutes and tallied 23 goal contributions, the most among midfielders, despite missing the beginning of the season due to injury. These accolades saw him named the 2021-22 Premier League Player of the Season.  Among coaches and former and current players, De Bruyne is widely recognized as the best in the world.

“He has something unique in the world,” De Bruyne’s City boss Pep Guardiola told the Guardian. “We know it. Kevin is an exceptional player”

Midfield great and Aston Villa legend Steven Gerrard has also recognized De Bruyne as the world’s best. "I see bits of all the top midfielders I played against in him.” Gerrard said in an interview. “I think he's a combination of them all, I think he's top."

These players aren't quite the best 2022 World Cup midfielders, but they feature importantly for their sides and have a chance to stand out.