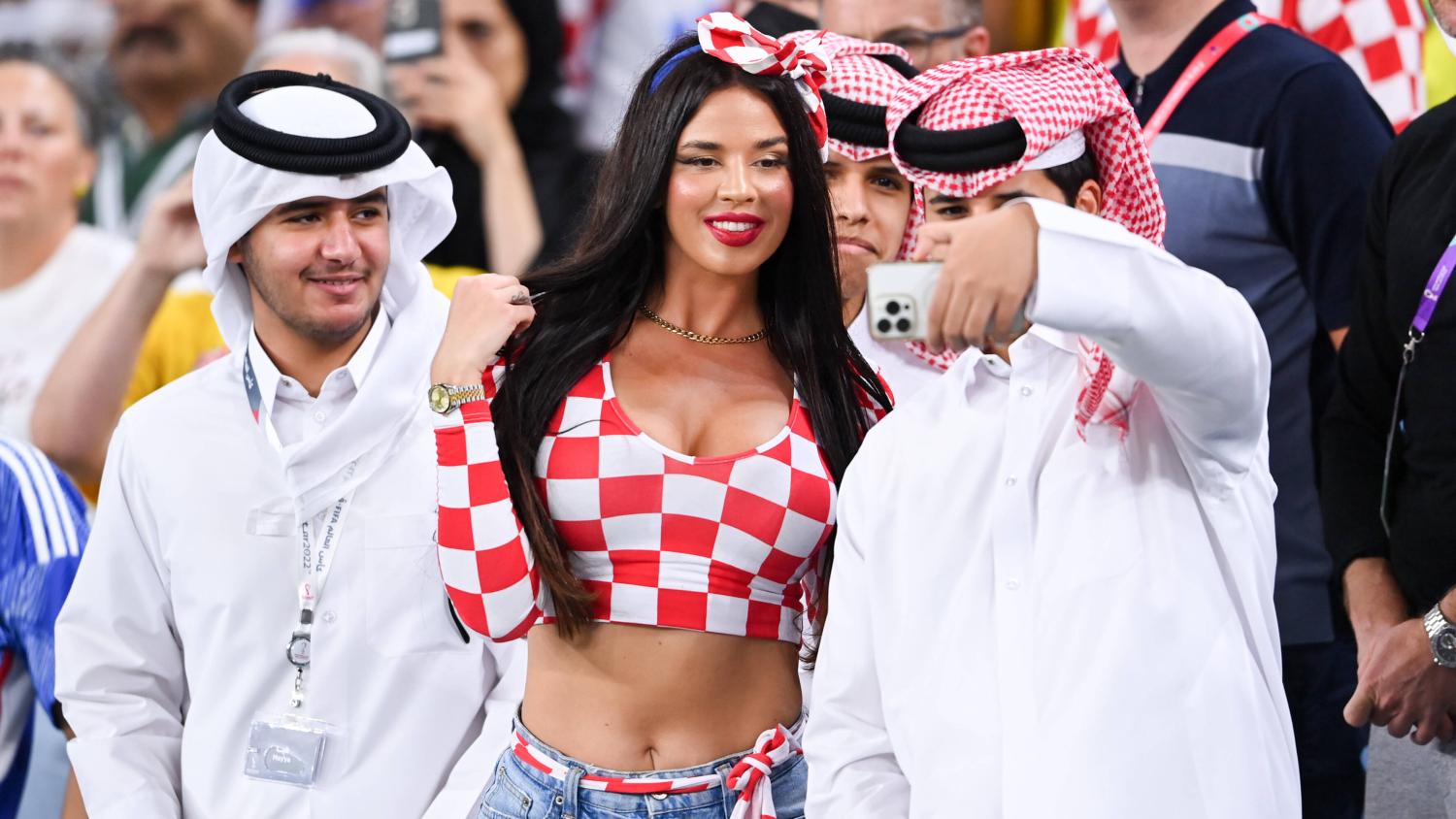 The only person photographed more than Knoll is Cristiano Ronaldo.
Imago Images Sports

Soccer fans were curious if there would be a modest dress code for women at the Qatar World Cup. Former Miss Croatia Ivana Knoll has gone on to prove that just about anything flies.

Despite Qatar’s tourism rules stating that visitors need to avoid wearing excessively revealing clothing in public, Knoll has done the exact opposite.

The 30-year-old model has been to all four of Croatia’s World Cup games so far and has sported revealing outfits at each game. During her time off the field, she has posted pictures and videos with even less clothing, including a video of her in a bikini on a beach that has received over 3 million views.

She's been a big figure off the field at this World Cup and not just because of her 5'11" stature. After Croatia’s victory against Japan in the Round of 16 she trolled Japanese fans with a video of her eating sushi. That Instagram reel also surpassed 3 million views.

Let’s skip to the part you probably clicked on this article for and look at each outfit Knoll has worn during Croatia’s games.

Her growing fanbase will be on the edge of their seats to see what she’s showing off on Friday when Croatia plays Brazil in the quarterfinals.

“Growing fanbase” is putting it lightly by the way. Knoll has gained nearly 1 million new followers on Instagram since the tournament began.

The Croatian model — who also sometimes lives in Miami, FL — has been spotted several times with fans and Qatari locals trying to take selfies with her.

It's fair to say that not everyone is a fan of Knoll. Her Instagram has been flooded with comments critical of her clothing choices and saying she's being disrespectful to the host country.

"Really? Don't you know the rules that you cannot dress like that in Qatar. What a shame, where's your respect?" asked another user.

Other people have commented telling Knoll that this is the World Cup and not OnlyFans.

She spoke with TMZ Sports about defying Qatar’s dress codes claiming the locals have embraced her.

"The locals confirmed to me that I can wear whatever I want," Knoll said to TMZ Sports. "But I didn't know that my video in a bikini walking by the sea would be such a big deal. The whole country is speaking about it. Everybody knows me here, and I saw that I was accepted.

“I was never afraid to be arrested to be what I am, and I don't think I can hurt someone wearing a bikini. And if that deserves to be arrested, then arrest me."