What’s In A Name? The Giovanni In Gio Reyna 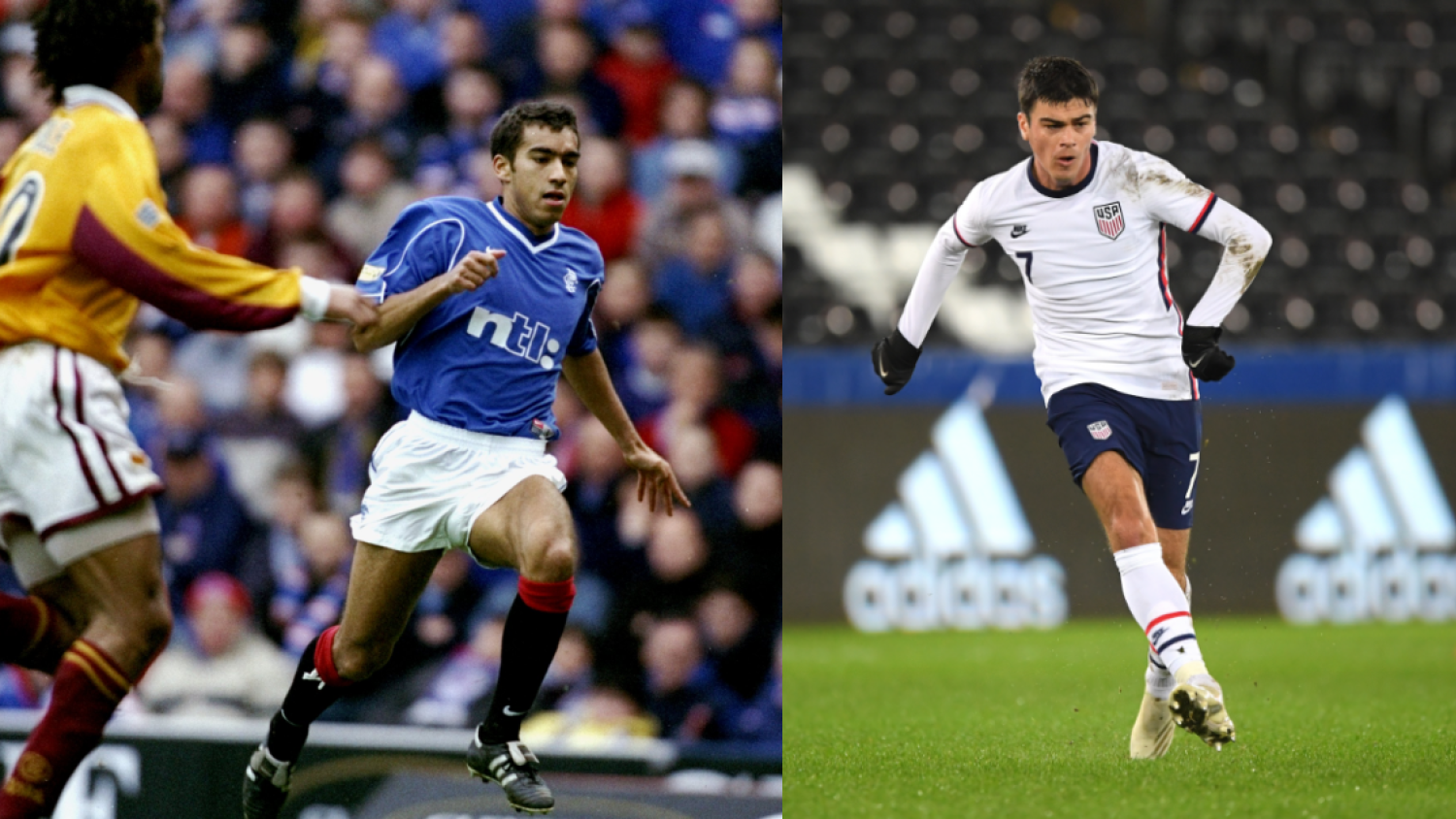 Claudio Reyna named his son after a teammate who was one helluva player.
Getty Images

Names in and of themselves are not all that interesting. It’s the meaning behind a name, bestowed upon a child at birth, that makes it special. When Giovanni Alejandro Reyna was born in Sunderland, England, to a pair of U.S. soccer players in 2002, the future Borussia Dortmund star was given a name that proved prophetic for his footballing prowess.

Gio Reyna, son of Danielle Egan and Claudio Reyna, was born with soccer in his DNA. Danielle was a USWNT player who won four NCAA national titles with North Carolina. Claudio captained the USMNT at two World Cups and was one of the first prominent Americans to play in Europe.

In 2020, at the age of 17, Reyna made his first-team debut at Borussia Dortmund, announcing his arrival with arguably one of the best goals any American has ever scored in Europe. A day before his 18th birthday, Reyna made his USMNT debut in a friendly against Wales. Four days later he scored his first international goal in a win over Panama.

Gio Reyna is on track to be even better than his parents — and he could even challenge his namesake as the best Giovanni to play the game.

Who Is Gio Reyna Named After?

Buried in the U.S. Soccer bio of Gio Reyna, right before mentioning he’s a proud owner of a cat named Swag, is a little tidbit of who Gio Reyna is named after. According to this bio, his parents named him after a former teammate of Claudio’s at Rangers from 1999-2001: Giovanni van Bronckhorst.

Giovanni (or Giovani) is not an uncommon name for a footballer. With all due respect to Giovanni, who was a World Cup runner-up with Brazil in 1998, I can’t think of a Giovanni who has played at a higher level than van Bronckhorst (sorry Giovani dos Santos).

Van Bronckhorst had a remarkable playing career that spanned from 1993 to 2010. A creative midfielder who moved to left back in his later years, the Dutchman played for some of the best clubs in the world — Rangers, Arsenal, Barcelona — bookended by stints at his hometown club of Feyenoord in Rotterdam.

The list of van Bronckhorst’s accomplishments is long. He won seven league titles spread out in the Netherlands, Scotland, England and Spain. Arguably his finest accomplishment at the club level came in 2006 when he was an integral piece of the Barcelona side that beat his former club Arsenal in the Champions League final.

But van Bronckhorst might be most well-known in world football for his work at the international level, where he made 106 appearances for the Oranje. He was a major part of some of the most iconic moments at the 2006 and 2010 World Cups.

In 2006, van Bronckhorst was involved in the Battle of Nuremberg between the Netherlands and Portugal as one of four players sent off. One of the most indelible images of the 2006 World Cup was of van Bronckhorst and his Barcelona teammate, Deco of Portugal, sitting side by side after both had received uncharacteristic red cards (poor officiating played a large role in that).

By the 2010 World Cup, van Bronckhorst’s career was at a close, having announced his impending retirement at the end of the 2009-10 season. But the left back wasn’t done quite yet. In the semifinals against Uruguay, van Bronckhorst unleashed the goal of the tournament, a long-range blast from a million miles away to help the Netherlands into the final with a 3-2 win.

Van Bronckhorst, who captained that 2010 Netherlands team, lost his final match as a player. He was subbed out in extra time in the final, not long before Andres Iniesta scored the dramatic match winner for Spain.

Nowadays, van Bronckhorst is a coach. He started his managerial career as an assistant at Feyenoord before getting the head gig in 2015. He later became the head coach of Guangzhou City of the Chinese Super League. He now coaches Rangers of Scotland and led his team to the Europa League final on Wednesday, May 18, 2022.

Unless you’re the child of Elon Musk, names have significant meaning. Gio Reyna is more than on his way to living up to the name he was given by his parents.