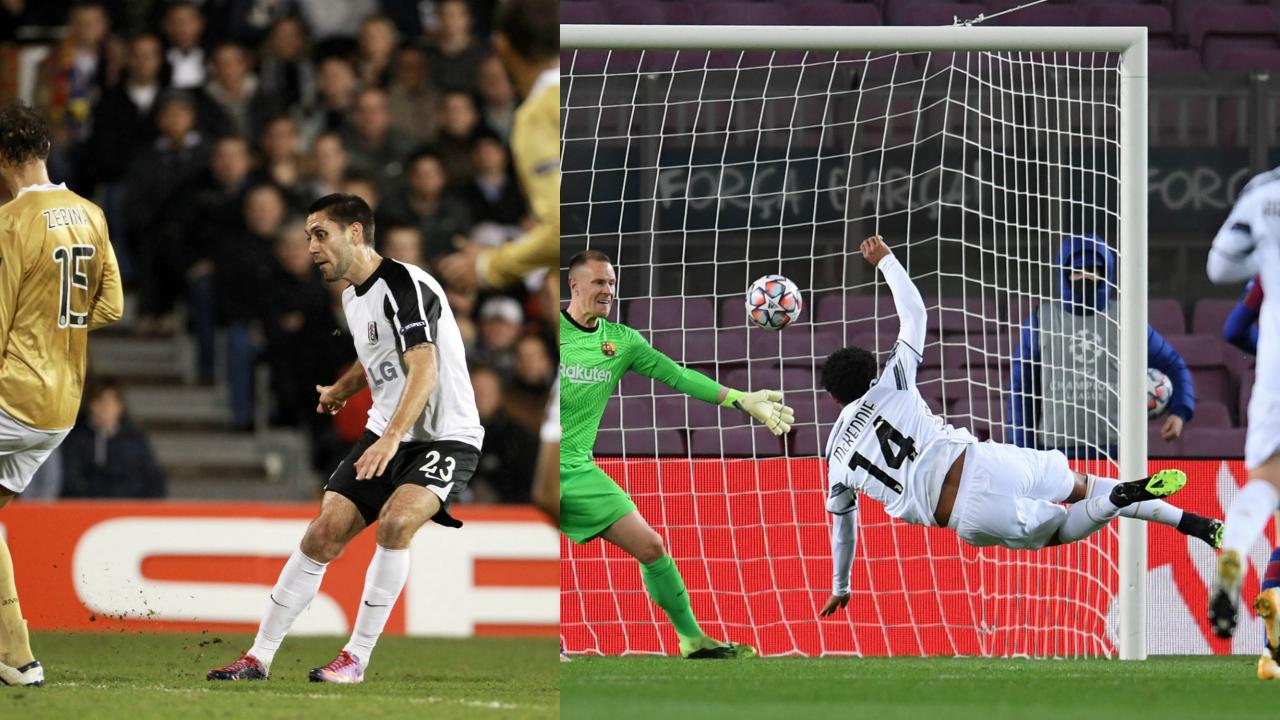 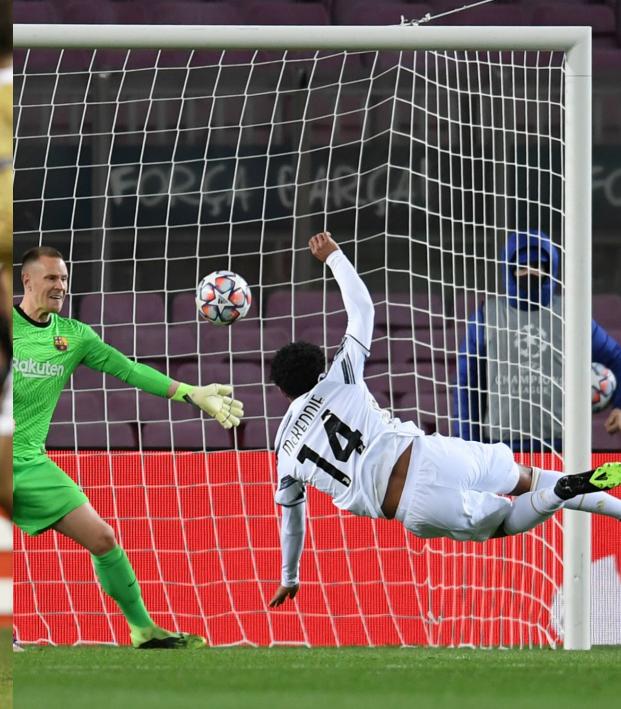 On Tuesday, USMNT fans found themselves drooling over yet another young American prospect realizing his potential at the highest level in Europe.

Weston McKennie went horizontal for flying volley against Barcelona, capturing the imagination of a generation of American soccer fans in the process.

It also brought questions about whether McKennie's goal is the best finish by an American playing in Europe. Well, it's time to answer that question.

In honor of Weston McKennie's jersey number (eight) for the USMNT, here are the eight best goals scored by Americans in Europe.

***A special honorable mention goes out to Brad Friedel's late equalizing goal he scored against Charlton in 2004, the only goal the keeper scored in his career***

A goal based more on luck than on skill, Howard's one and only professional goal was born from an unusually blustery day and some interesting goalkeeping from Bolton's Adam Bogdan. Howard went on to essentially apologize for the goal, saying "I was disappointed from a goalkeepers' union standpoint. You never want to see that happen. It's not nice; it's embarrassing, so I felt for Adam."

Texas native Weston McKennie announced himself in the Champions League on Tuesday with a scissor-kick goal in the 20th minute of Juventus' 3-0 dismantling of Barcelona. Don't get me wrong, it's an aesthetically pleasing goal, but McKennie is also six yards away from goal and without a Barca defender anywhere near him.

Pick. That. One. Out. There are strikes, and then there are strikes. Diskerud's goal during the 2012-13 Europa League playoff round was a match-winner and it sealed group-stage qualification for his Rosenborg side. But more importantly, it was an absolute rocket. You don't strike volleys much more sweetly than that.

Voted ITV's 'Goal of the Season' in 1990-91, Wegerle's weaving solo stunner was one of 18 goals the striker scored for QPR that season. Wegerle was the first American ever to play in the Premier League and went on to spend nine seasons in English football, but he never topped that 1990-91 campaign when he was the third highest goal-scorer in the First Division.

A decade from now, USMNT fans will admire Reyna's first goal for Dortmund much like Barcelona fans gush over Messi's first goal for the Catalan club. With his unbelievably quick feet and a sumptuous top-corner finish, Reyna became the youngest goal scorer in DFB-Pokal history.

Clint Dempsey's performances for Fulham between 2010 and 2012 have to go down as some of the best soccer ever played by an American in Europe. Part Luis Suarez, part Jamie Vardy, Dempsey was just a street-smart kid from a trailer park in Texas who brought his own style to the game's biggest stage. While not his most famous goal, Dempsey's dipping half-volley against Stoke in 2010 is a shining example of his fearless audacity on the pitch.

Move over Gio Reyna, THIS is how you score a debut goal. A right back for Sheffield Wednesday, Harkes may have been nearly 40 yards from goal and staring at one of the best goalkeepers in history, Peter Shilton, but as the announcer superbly put it: "The American World Cup player came forward and just decided to have a crack, and what a crack it was."

As the great Ray Hudson would say, that was "magisterial." Who even thinks about attempting a chip from there? Dempsey is facing the sideline and just casually chips the keeper without even glancing toward goal. Peak Clint Dempsey. Oh yeah, and that goal was an 82nd-minute winner in a Europa League knockout stage match against Juventus that helped the Cottagers overcome a three-goal deficit on aggregate.