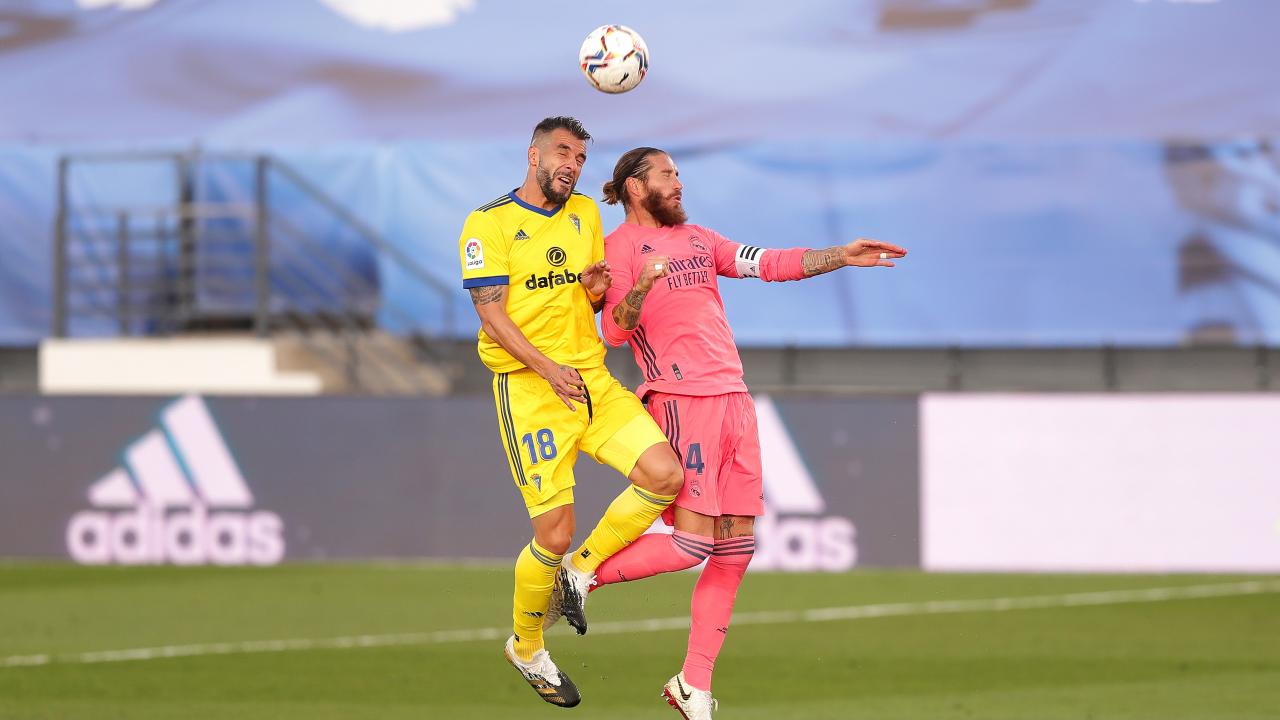 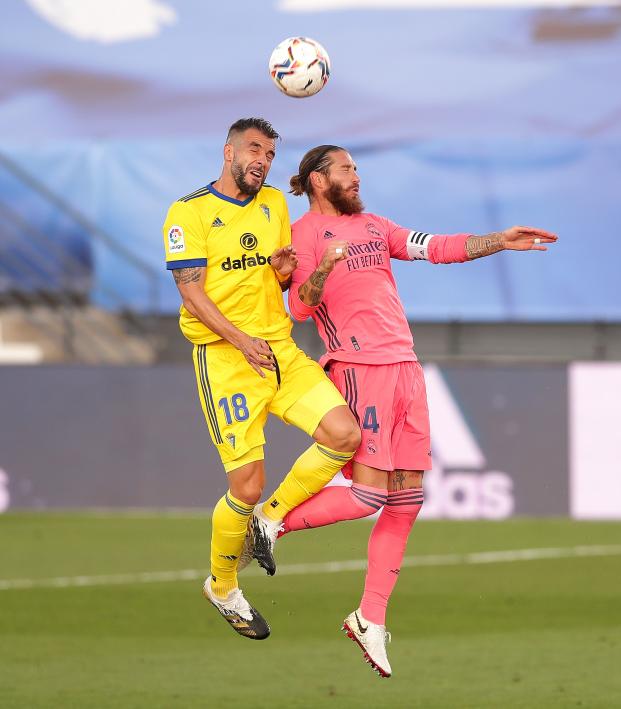 Move Over England, Spain Is Now The Real Master Of The Long Ball

Football was changed forever in the 1950's by a man named Charles Reep, a retired Wing Commander from the British Royal Air Force. After watching and meticulously analyzing hundreds of soccer games, Reep came to the conclusion that the majority of goals in soccer come from moves of three passes or fewer.

This simple deduction shaped British football from that point on, changing it from a game based on individual dribbling ability and guile into a long ball jamboree and war of field position. Thus, England became a country known for aerial duels and rough and tumble soccer. 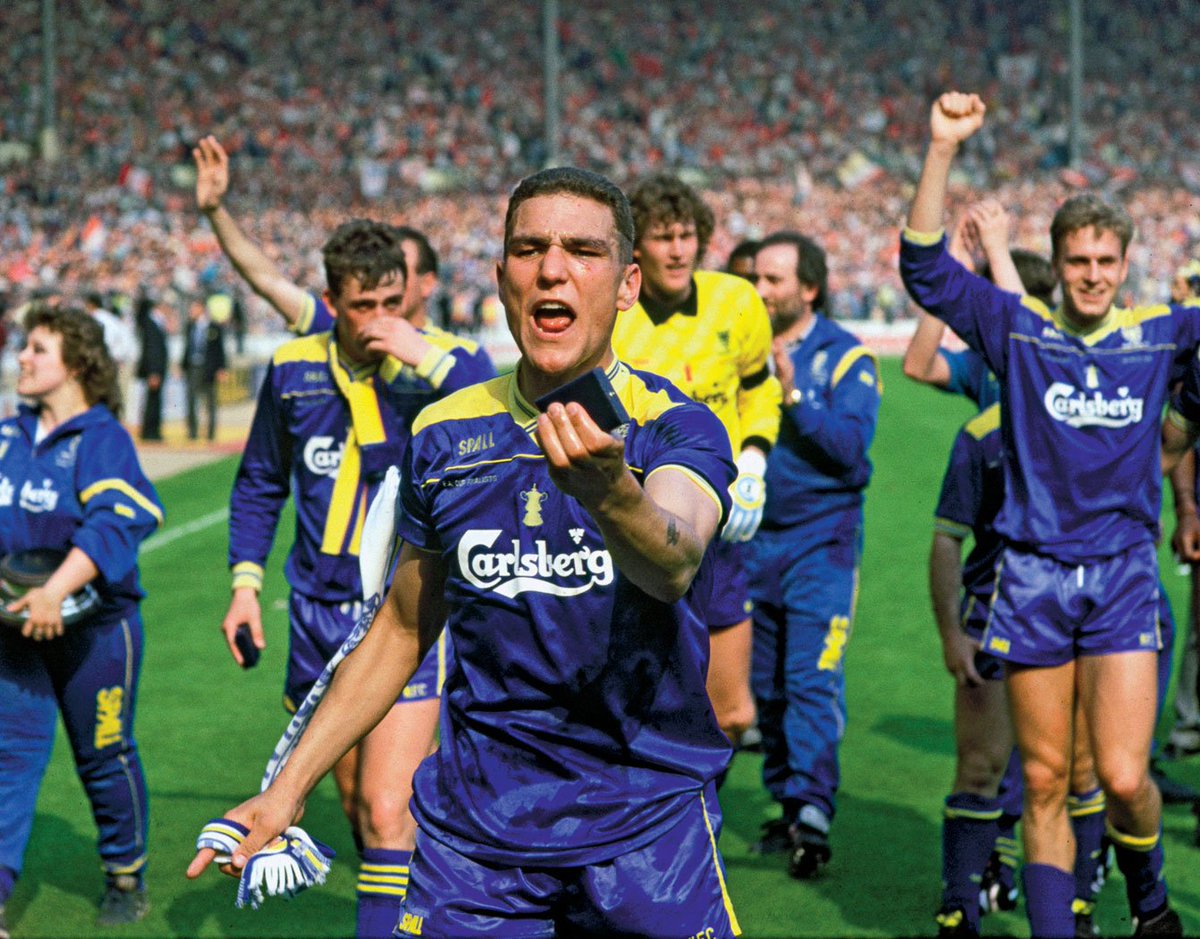 Wimbledon's "Crazy Gang" of the 1980's was strongly influenced by the mathematical oversights of Reep. Photo: Classic Football Shirts | Twitter.

Spain, conversely, is known for the possession-based short passing of tiki-taka and universally clever attacking football.

But stereotypes are meant to be broken.

The year 2021; Reep-mania is taking over the Iberian Peninsula, and Spanish sides are playing more like Burnley than Burnley is.

We begin our Spanish excursion in the Andalucian town of Cádiz in southern Spain. The walled fortress that protects that city isn't the only ancient structure still used — Cádiz CF uses some pretty old-fashioned tactics as well.

Los Piratas average just 37.7 percent possession and 68.7 percent pass completion per match, both lowest in Europe's top five leagues (per WhoScored?). No other team has lower than 40 percent possession, and no team outside of Spain completes less than 70 percent of its passes. Cádiz also attempts the fewest ground passes per game.

Next on our Spanish tour, we head north as we investigate some very direct football being played in Basque country. CA Osasuna has by far the greatest ratio of long passes to short passes in Europe, while no team in the continent attempts more high passes (defined as above shoulder height) per game than SD Eibar.

In total, four Spanish teams complete less than 70 percent of their passes (including all three mentioned here), while six of the seven highest long ball to short ball ratios belong to Spanish teams (good 'ol Burnley is the only exception) .

English thoughts and tactics have long been at the forefront of the footballing world, causing us to view the game through an English lens, but it is important to look past our own biases and remember that other nations also have their own unique styles of play.

Long before the dominant tiki-taka teams of the late-2000's and early 2010's, Spanish football was played in a much different way.

The Spanish national team was given the nickname "La Furia Roja" by an Italian journalist at the 1920 Olympics in Antwerp, an ode to the team's powerful and aggressive style of play that centered around direct balls forward. Under the Francoist dictator state of the mid-1900s, this method took on a new meaning as the facist regime embodied football as a way to impose its will on its enemies, ranging from communists to Basque revolutionaries.

This style of play started years before Charles Reep was tallying passing sequences in his notebook, and it is still alive in Spain today. 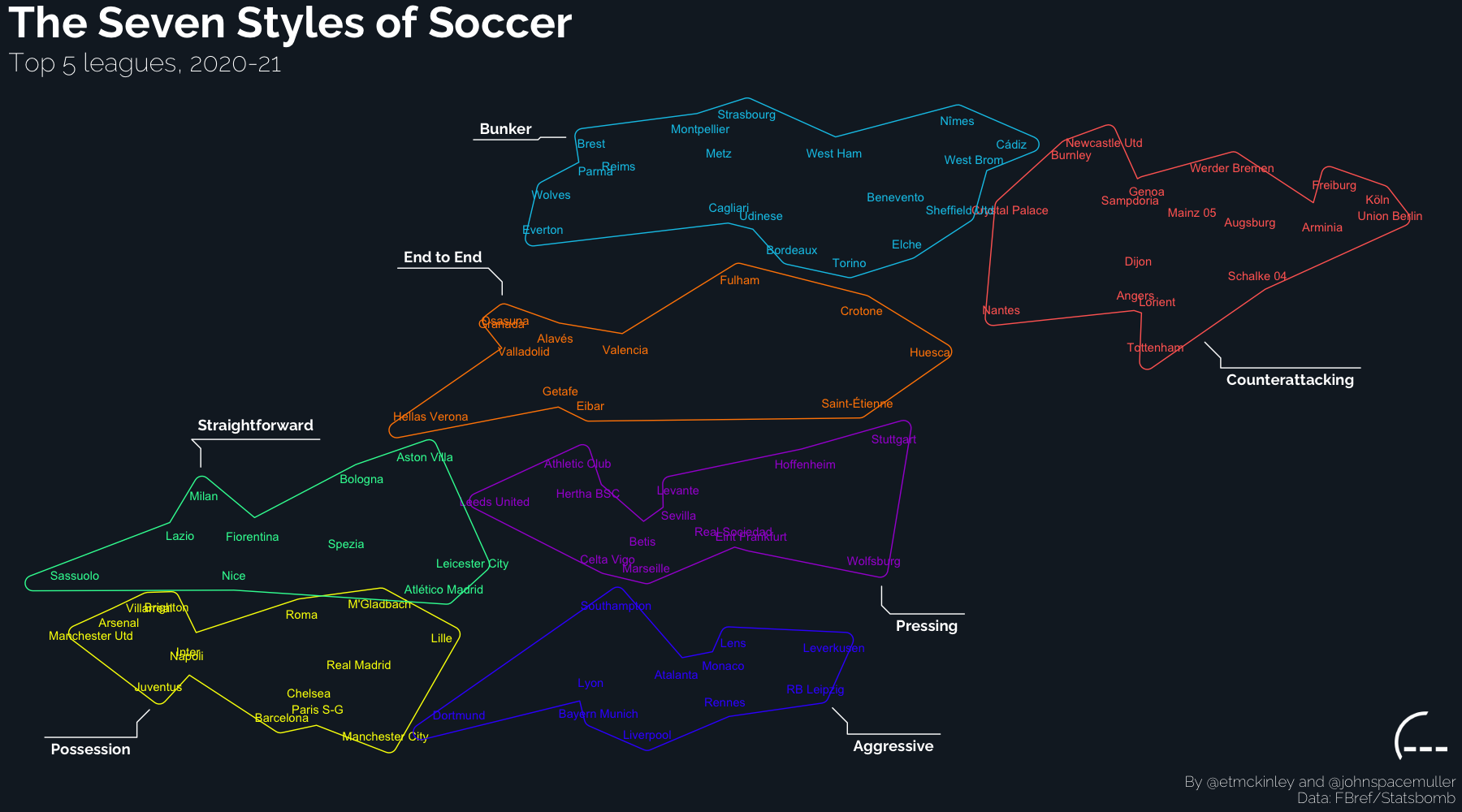 With the exception of the three Spanish giants — Barcelona, Real Madrid and Atlético Madrid — the rest of LaLiga falls into three broader tactical categories: End to End, Pressing and Bunker. It is this End to End category, which includes the previously mentioned Osasuna and Eibar, that Spanish football exerts the strongest influence.

John Muller, author of the space space space newsletter, and the creator of these beautiful graphics, wrote: "this heavily Spanish group plays chippy games marked by frequent pressure, fouls and yellow cards on both sides, with lots of longballs and switches to try to escape the scrum. What unites the teams is less a single tactical approach than an ability to get out of their defensive block and into the attacking third somewhat regularly." 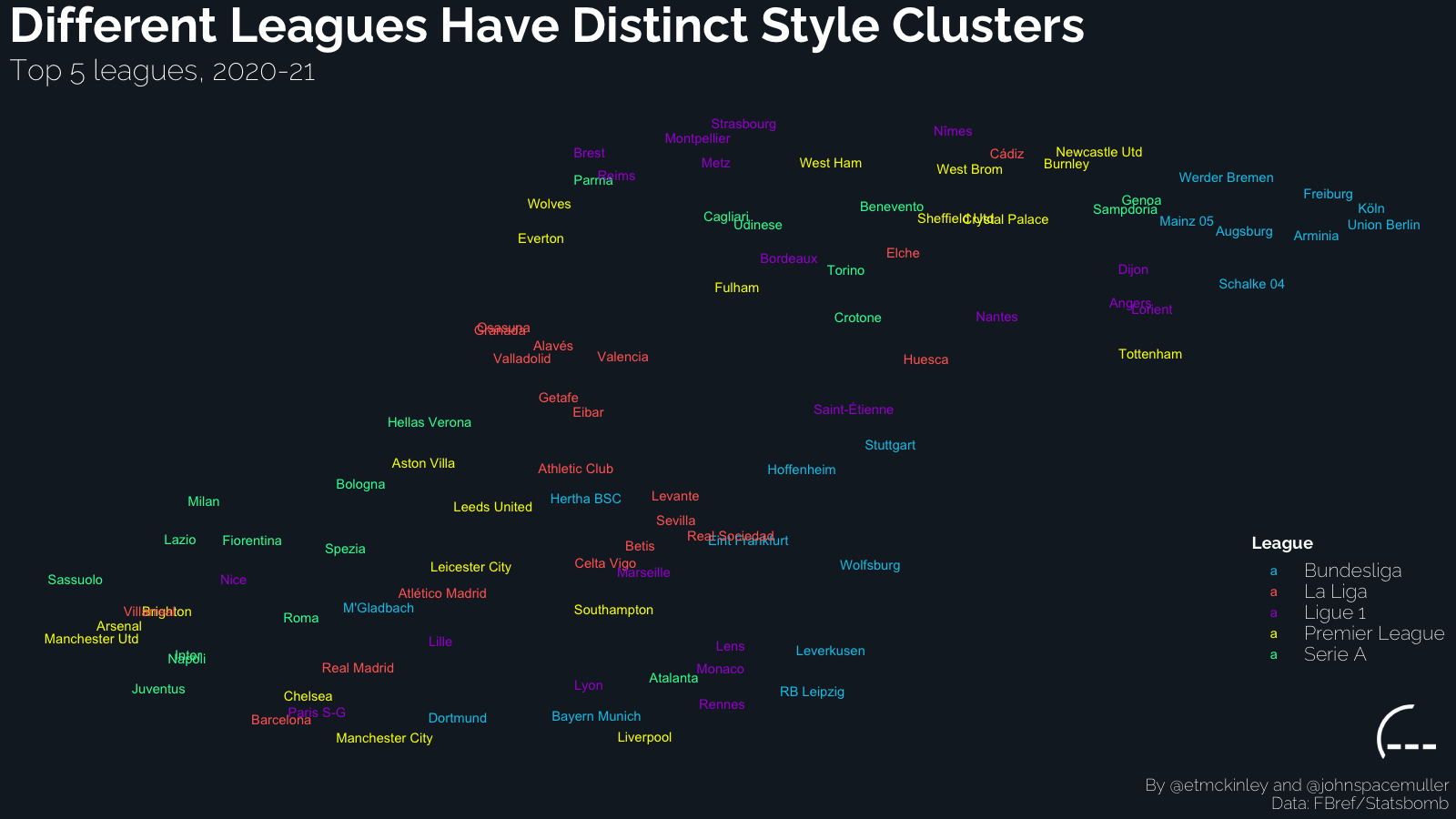 The Pressing grouping also has a decidedly Spanish flavor, highlighted by Basque sides Athletic Club and Real Sociedad. This grouping is a little more defined tactically than the End to End section, as they play a high line to trap the opponent in their own half but aren't quite as good technically as aggressive sides like Bayern Munich or Liverpool.

The only real Spanish outlier is Bunker side Cádiz, which is not a surprise given their alarmingly low possession and pass completion numbers. Cádiz is more closely grouped with West Brom, Burnley and Newcastle, notoriously defensive English sides known for route one football, rather than La Furia Roja clubs of Spain.

What is a surprise, though, is that Los Piratas are currently 14th in LaLiga, which would be the second-best finish in club history. Cádiz also has the lowest squad value in the division.

The long ball is alive and well, sometimes you just have to travel outside of Great Britain to find it.