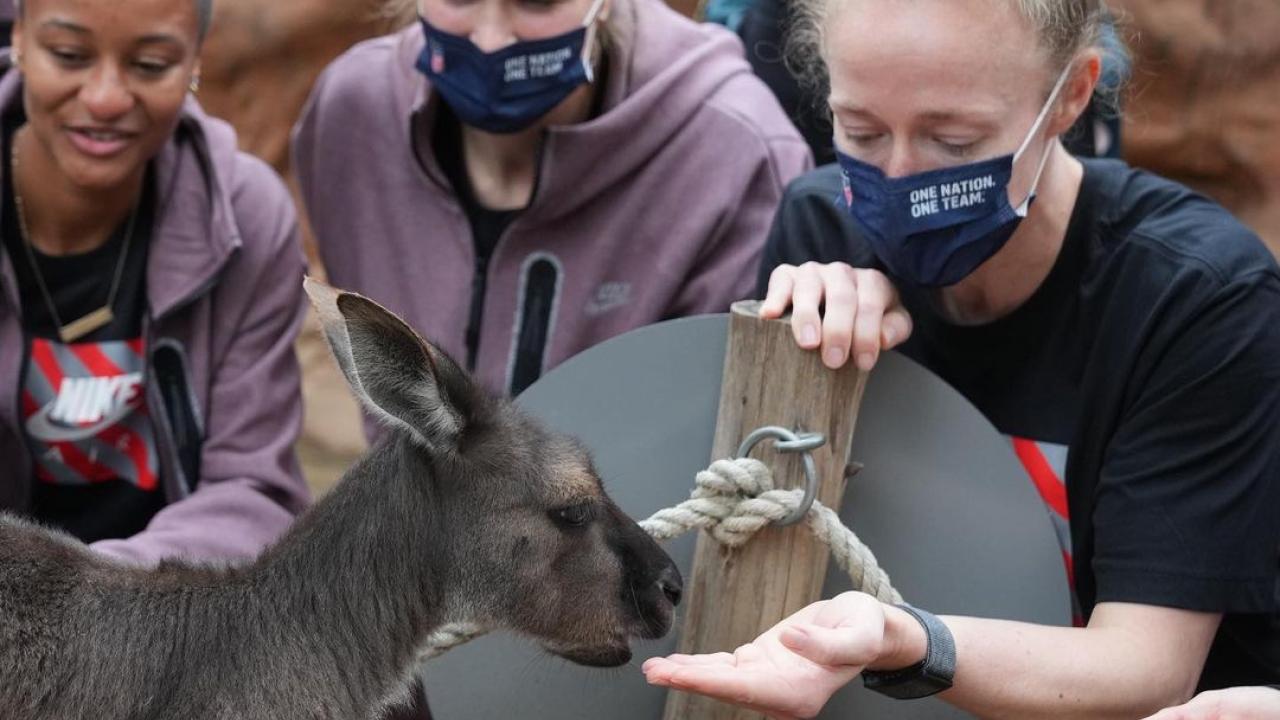 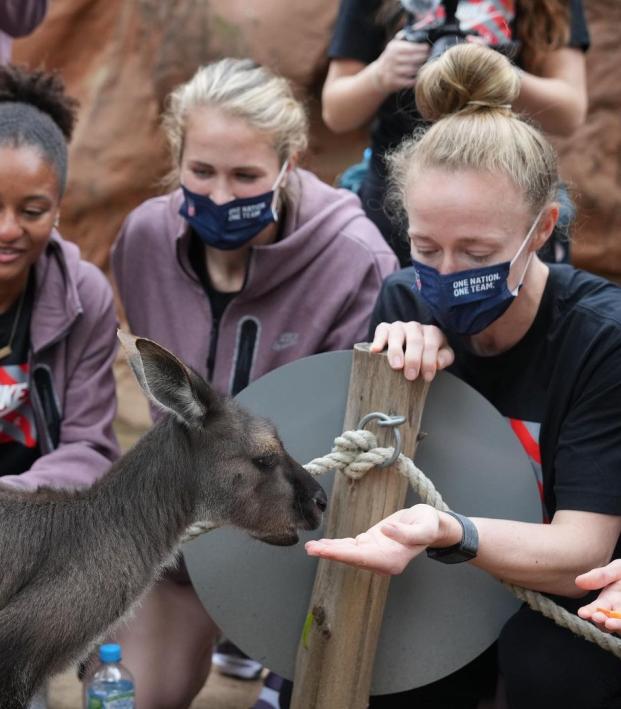 Watching The USWNT Pet Kangaroos Is An Early Thanksgiving Treat

The USWNT is in Australia for a pair of friendlies against the Matildas on Friday and Tuesday. Away from their families for Thanksgiving, the U.S. squad and staff found comfort in meeting some adorable Aussie animals on Wednesday.

Before the first match on Friday, the Americans hung out with kangaroos and koalas, getting up close and personal with two of Australia’s most prominent creatures.

That is indeed some content worthy of a pun as bad great as “koala-ty.”

The USWNT arrived in Australia earlier this week, days after a record-setting NWSL Championship game. The two friendlies are the last remaining matches on the 2021 USWNT schedule. The U.S. begins 2023 Women’s World Cup qualifying in July.

Getting to meet the friendly locals

@USWNT get a taste of 2023 #FIFAWWC off-field fun in Sydney ahead of their two match series against @TheMatildas pic.twitter.com/sI9in1b9gn

Traveling to the land Down Under will be great preparation for the USWNT ahead of the 2023 Women’s World Cup, which will be co-hosted by Australia and New Zealand. While other nations will be busy getting their koala and kangaroo fix upon arrival in two years, the Americans will have been there, done that, allowing them to ignore the distractions and focus on soccer. Or something.

Vlatko Andonovski named the roster for these friendlies on Nov. 9, a squad that surprisingly didn’t include Mal Pugh or Trinity Rodman, two of the NWSL’s breakout stars of 2021, and we have our theories as to why.

The U.S. will first play the Matildas at 11 p.m. ET on Friday night (Saturday in Australia). The match is on FS2 because FOX is airing fake wrestling and FS1 has the Apple Cup college football game between Washington and Washington State. It feels shitty to relegate the USWNT to FS2, right after the third-place game of the Las Vegas Invitational, but we’ve long known Fox doesn’t really care about soccer (or women, if its news network is anything to go by).

The second friendly will be Tuesday, Nov. 30, a match that will be on ESPN at 4:05 a.m. ET. Both matches will be good preparation for the 2023 Women’s World Cup both for the players and the fans, who will have to get used to staying up late or waking up early as we did for the 2020 Olympics.

Australia is currently ranked No. 11 in the world and is led by Sam Kerr, arguably the world’s most lethal striker. The three-time NWSL Golden Boot winner will be able to see her partner, Kristie Mewis, who is on the USWNT roster. The two shared a memorable moment after the U.S. beat the Matildas 4-3 in the 2020 Olympic bronze-medal match and have been public about their relationship since.

Kangaroos and koalas won’t be the only things receiving affection in Australia this week.