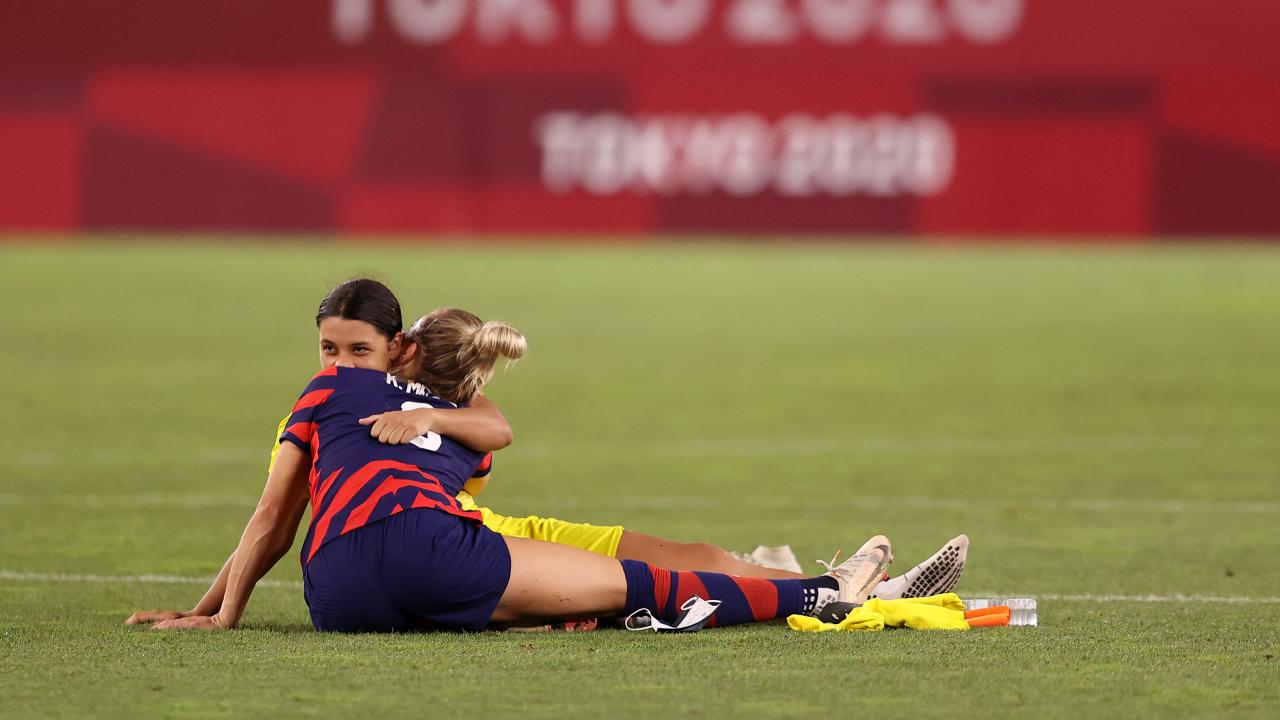 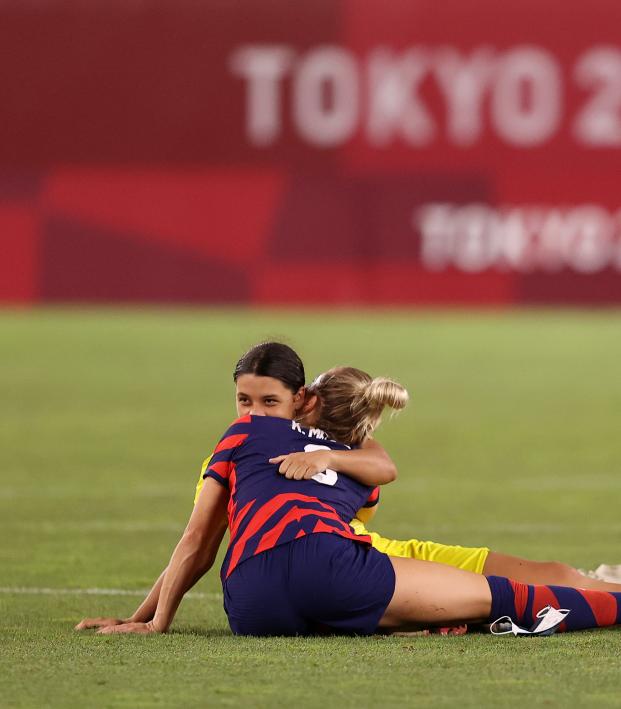 There's no doubt that footballers create a special connection with each other since there's such a strong bond between two people that understand the game and everything it entails. It's no secret that many professional women’s players are dating teammates or even opponents. The most recent rumored couple that had fans wondering if they're official or not was the relationship status between Sam Kerr and Kristie Mewis.

Kerr is Australia’s captain who helped lead her team to the bronze medal match at the Tokyo Olympics. Mewis has worked her way back on to the USWNT squad after her stellar moments in NWSL play with the Houston Dash. Coincidentally, the two ended up facing each other in the bronze medal match.

Prior to the Olympic Games, Mewis and Kerr shared flirtatious comments on each others' social media posts, stirring rumors of them being in a relationship.

Then, after the U.S. defeated Australia in the bronze medal match, Kerr and Mewis shared a PDA moment after the game which had the fans praising them for their sportsmanship. That photo definitely showed how it's more than just a game or only about winning, and the duo continued to give fans reason to think they were more than just friends.

Since everyone are finding out about Kristie Mewis and Sam Kerr today, here is a thread of them flirting with each other on IG pic.twitter.com/uwdKGod6uT

As these images went viral there was no doubt that this was more than just a good sportsmanship moment, but it wasn’t until the other day that all the theories proved true. Kerr posted a Polaroid picture of her and Kristie sharing a smooch, and Kerr tagged Mewis to make it officially official. Fans are thrilled with joy for these two love birds, but where did this relationship stem from?

Prior to Mewis, Kerr was in a seven-year relationship with her Chicago Red Stars teammate Nikki Stanton.

The news of Kerr and Mewis spills only a few weeks after Kerr announced she was no longer dating long-time girlfriend Stanton. There's no evidence of when the two Olympians started their romance, but it's possible this could be the reason Kerr and Stanton ended things.

As Kerr now resides in the UK where she plays for Chelsea, this results in a long-distance relationship for the new couple of about 5,000 miles. It's also definitely possible that this was a reason Kerr and Stanton parted ways.

Quiet week for fashion in the #NWSL SO doing a quick shout out to one of the top most fashionable (and cute) couples in the league, Red Stars own...Sam Kerr and Nikki Stanton! pic.twitter.com/hQaky23TNu

Mewis also spent some time in a relationship with England superstar Rachel Daly. Mewis and Daly play together in Texas for the Houston Dash. They have had an on-and-off relationship where no one really knew what was going on, but it's evident now that they are no longer together.

Mewis and Kerr are now most certaintly a couple, and that relationship will be put to the test once they part ways back to their respective teams. But for now, fans are raving over the two and their social media posts.