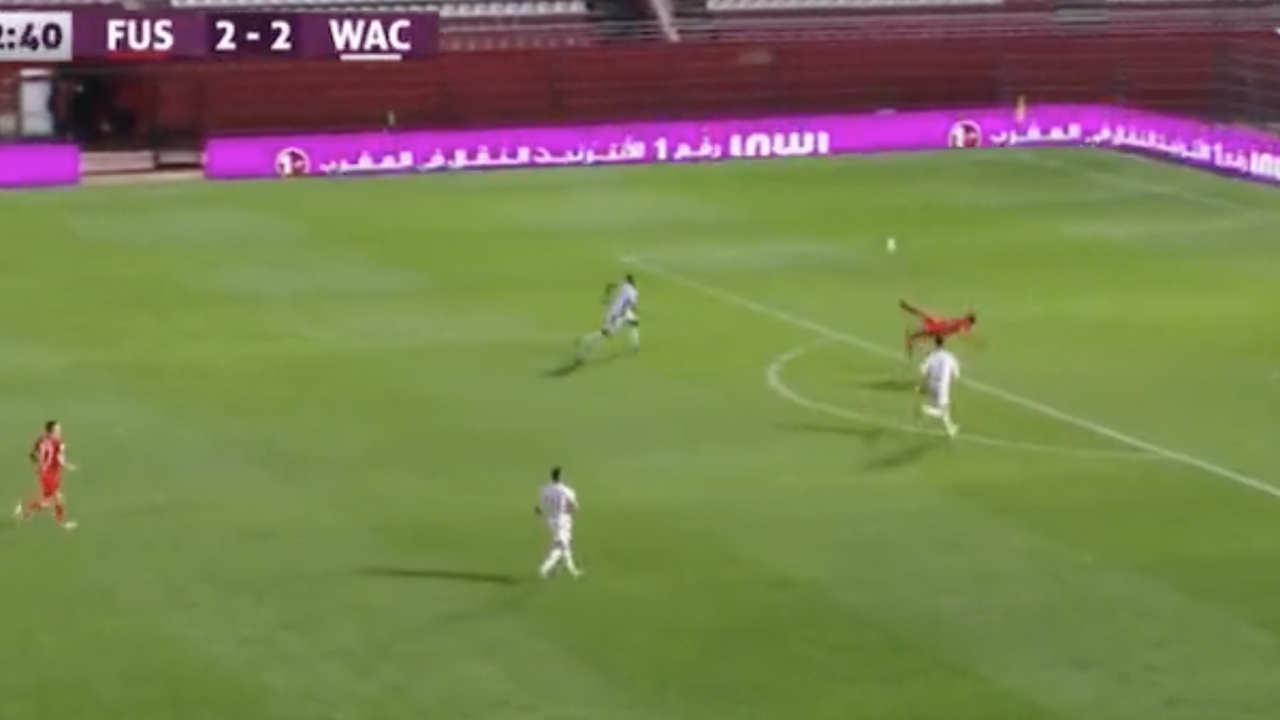 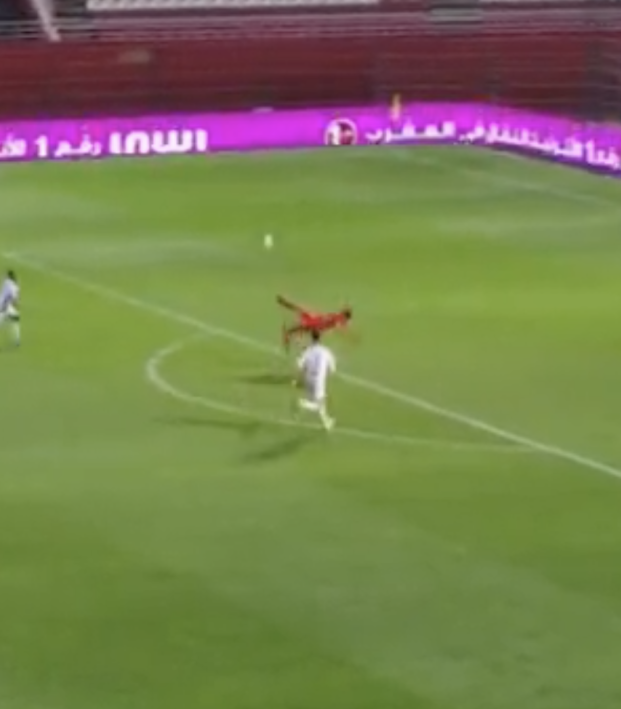 Cataclysmic defending sharply followed by a brilliant bicycle kick is how a wild game ended in Morocco’s top flight on Tuesday. This Montassir Lahtimi bicycle kick in the 93rd minute handed Wydad AC, the league leader, only its second loss of the season.

Morocco might not be the most elite location for club soccer, but surely this isn’t the standard for the best team in the league. This goal might show up in the 2022 Webster’s Dictionary next to the word “fluke.”

The poor goalkeeper was left helpless after his defender provided one of the weakest headers the sport has ever seen. It’s worth noting that the headed back pass didn’t even make it to the penalty box. Not that his fellow defender did him any favors, but you got to give a better header than that.

The tumultuous ending saw Wydad AC lose only its second game of the season after playing 15. Wydad’s head coach took his frustration out on a water bottle, but boy would I have loved to be a fly on the wall in that locker room.

To end this article we're going to spice things up a bit and give you a video of myself breaking down this masterpiece of a goal. I might be popping up at the bottom of stories more often in the future. Who knows?

Wydad AC found an incredible way to lose a game while Lahtimi is out here pulling out 93rd minute witchcraft. pic.twitter.com/uZ4wJK8YzS