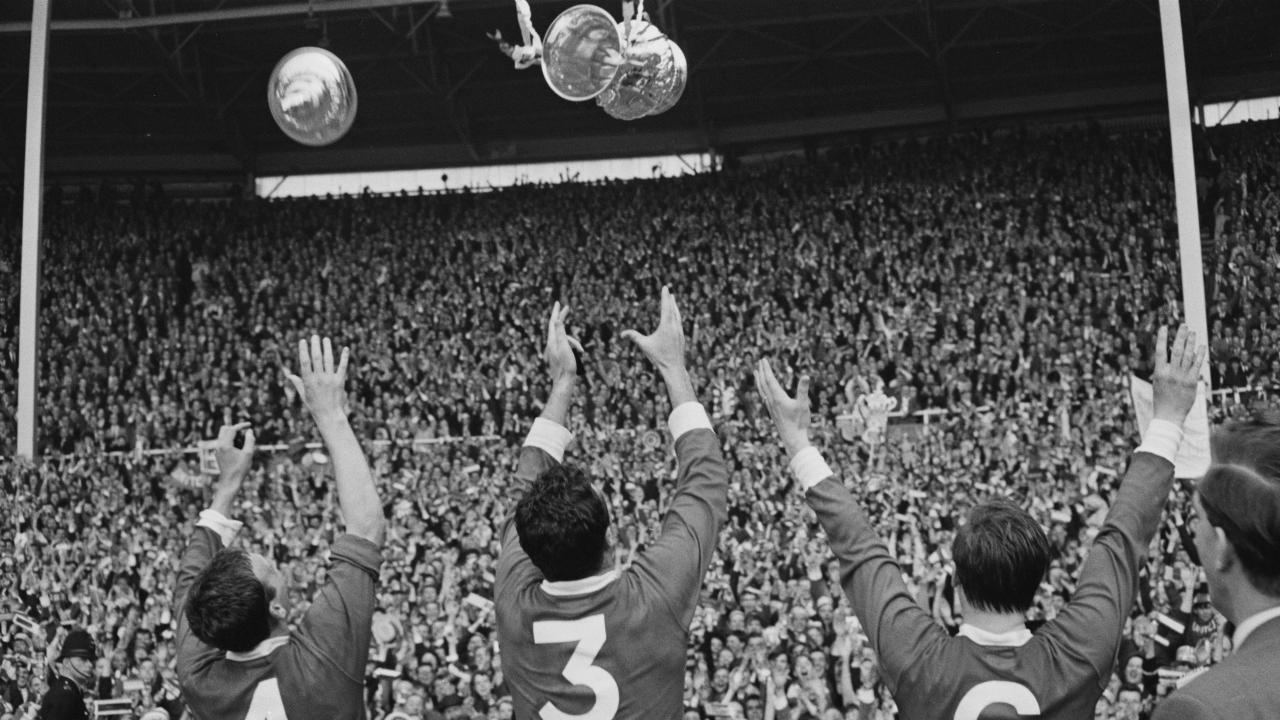 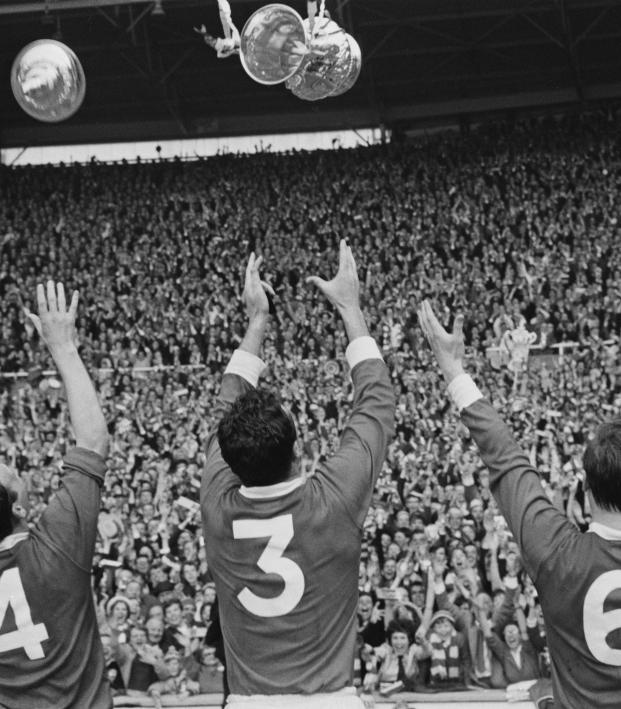 American sports can be tacky at times (see cheerleaders, singing the national anthem and extensive commercial breaks), but one positive that has arisen from the heartland of this fine country is the extensive use of trophies.

I'm not talking about participation trophies: I mean rivalry trophies. Where else can two teams compete for the tremendous honor of holding the Little Brown Jug? Only in the world Big Ten college football when the Michigan Wolverines face off against the Minnesota Golden Gophers, of course. The contest dates back to 1892, with the Jug entering the lore of the game in 1903.

"Photograph of the 'Michigan Jug' (which was neither little nor brown) from the 1909 Michiganensian." Via Wikipedia.

The Big Ten is also home to another great midwestern rivalry, as every year the universities of Wisconsin and Minnesota face off to determine who gets possession of Paul Bunyan's Axe for the next 12 months. Per the rivalry's Wikipedia page, the tradition of the axe "started in 1948 after the first trophy, the Slab of Bacon, disappeared after the 1943 game when the Badgers were meant to turn it over to the Golden Gophers."

The Slab of Bacon was eventually found in a storage closet at Wisconsin's Camp Randall Stadium some five decades later, but the axe is a fitting symbol for the Americana nostalgia associated with the lumber industry in the upper midwest.

As if the Big Ten didn't have enough quality rivalry trophies, every season Purdue and Indiana compete on the gridiron in hopes of lifting the Old Oaken Bucket at the end of the game, a tradition that dates back to 1925.

But college football trophies are not distinct to the midwest. The Oregon Ducks and Oregon State Beavers battle each season for the Platypus Trophy, chosen because the animal has a beaver-like tail and a duck-like bill. After being lost for 40 years (a common theme in college football, apparently), the trophy was rediscovered in 2005 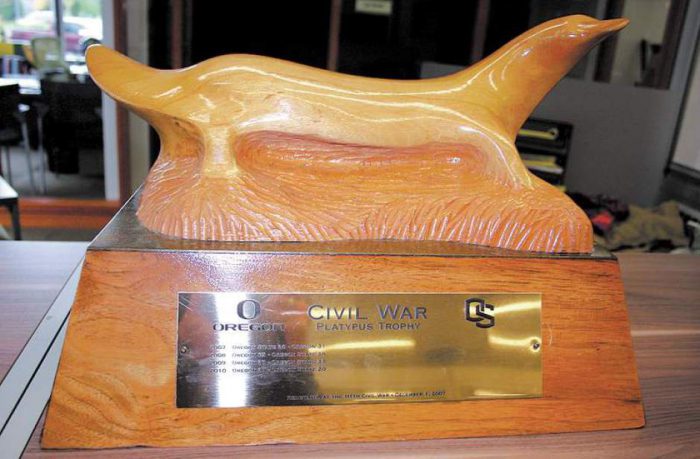 Some other great college football trophies include the Old Wagon Wheel, which is contested between BYU and Utah State, the Golden Egg (devised to act as a deterrent to fans dismantling the goalposts after a victory), which is contested between intrastate rivals Ole Miss and Mississippi State, and the Jeweled Shillelagh, an Irish walking stick/club, which is given to the winner of Notre Dame and the University of Southern California.

In my research, it became clear that these types of historic symbols were something that was sorely lacking from European soccer. Trophies are only awarded to the champions of a cup competition or the winners of the league title. Why can't the winner of the Manchester Derby or El Clásico get a cool piece of hardware?

Here are some European soccer rivalries that would benefit from some unique silverware given to the winner:

Proposed Trophy: The Tree of Gernika

Unlike most rivalries, this one tends to be more on the friendly side, making this match almost a showcase of Basque culture rather than a fight to the death. Fans of the two clubs often intermingle in the streets prior to the match and host events such as a "kalejira" (a parade to the stadium) and engage in a "Bertso-derbia" (a singing/poetry contest performed in the traditional Basque Bertsolaritza singing style). Given the friendship between the two clubs, the trophy given to the winner should reflect the tribal nature of the Basque region.

The Tree of Gernika is a famous historical symbol used to represent the freedom and togetherness of the Basque region. Beginning in the Middle Ages, the representatives from towns in the province of Biscay held important assemblies under large trees, which then became associated symbolically with a single oak tree. During the Spanish Civil War in 1937, the tree survived the bombing of the town of Guernica, and since then has come to symbolize Basque culture as a whole. A bronze replica would be perfect.

The newest Tree of Gernika, planted in front of the Assembly House of Bizkaia in the municipality of Gernika-Lumo in 2015, via Wikimedia Commons

Despite the polarized fan bases of the Blades and the Owls, one thing has long brought the city of Sheffield together: the steel industry. Despite its decline in the past few decades, the city was built on steel, so it's only fitting that the trophy awarded in this derby honors this history.

Perhaps there is no bigger culture clash between a pair of rivals than there is between Hamburger and St. Pauli. Hamburger is the suits, the stiffs that sit in the executive level and watch the cash flow in. St. Pauli, on the otherhand, represents the hipsters (am I a hipster doofus?) and rock & roll and everything "the man" says you can't do.

One of St. Pauli's popular symbols is the skull and crossbones flag, an ode to pirates, AKA the outcasts of the sea. A naval symbol would be perfect to symbolize the divide between the two clubs. Hamburger winning the Admiral's Hat would represent a win for the law, squashing the swash-buckling pirates and restoring order. A St. Pauli win would be a celebratory middle finger to the establishment and a continuation of chaos on the high seas.

Every year, these fierce rivals clash to determine which team rules the Italian capital of Rome. The globe is an important symbol in Roman mythology, as Jupiter (the ruler of the gods) or emperors, were often depicted holding the globe in their hand. While Rome is no longer the center of the universe, sometimes it becomes the center of the footballing cosmos, if only for a day. 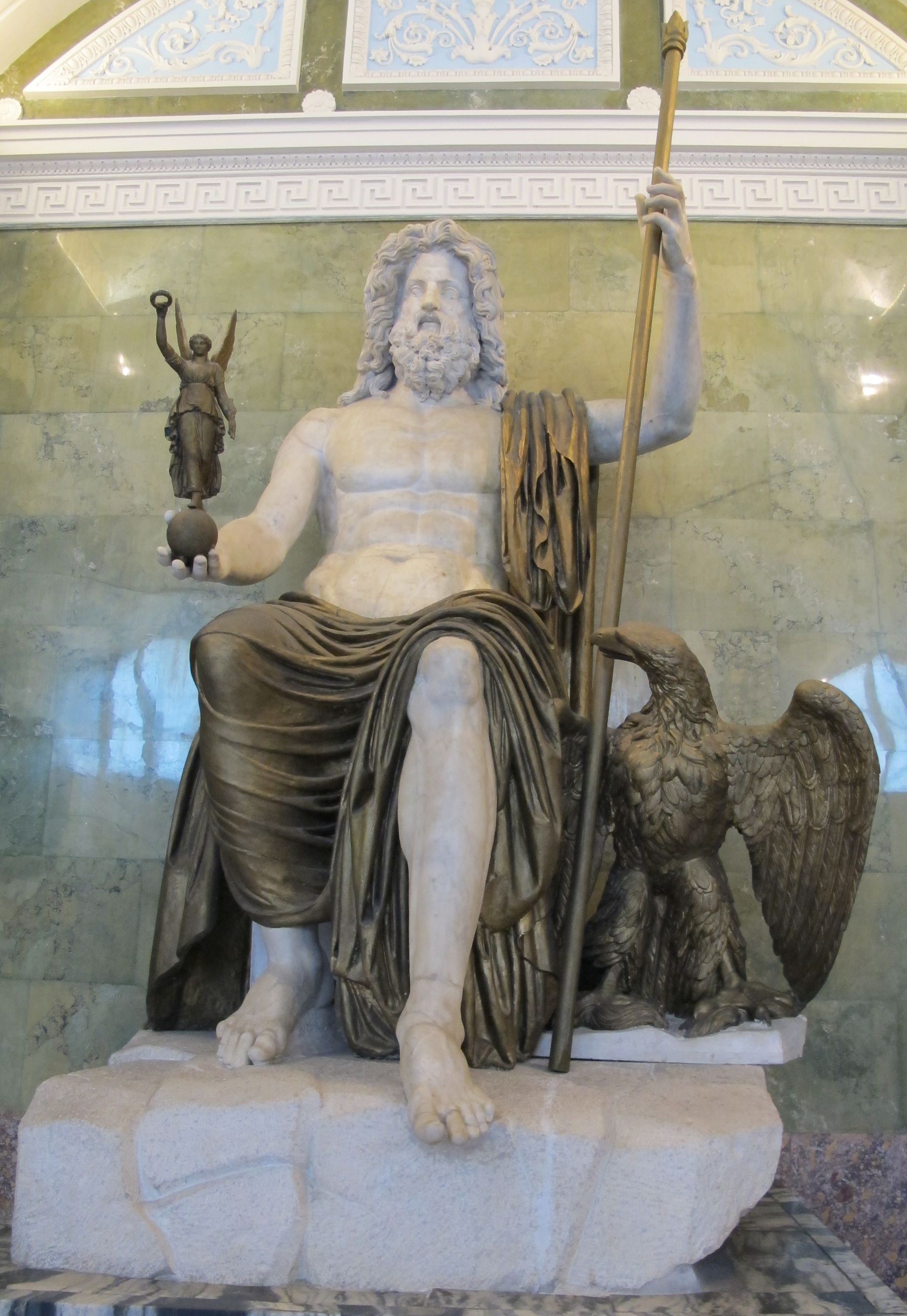 Jupiter, king of the Roman gods, holds the Earth in his hands, via Wikimedia Commons