Here are the top 10 best U.S. soccer players that will compete at the 2022 World Cup 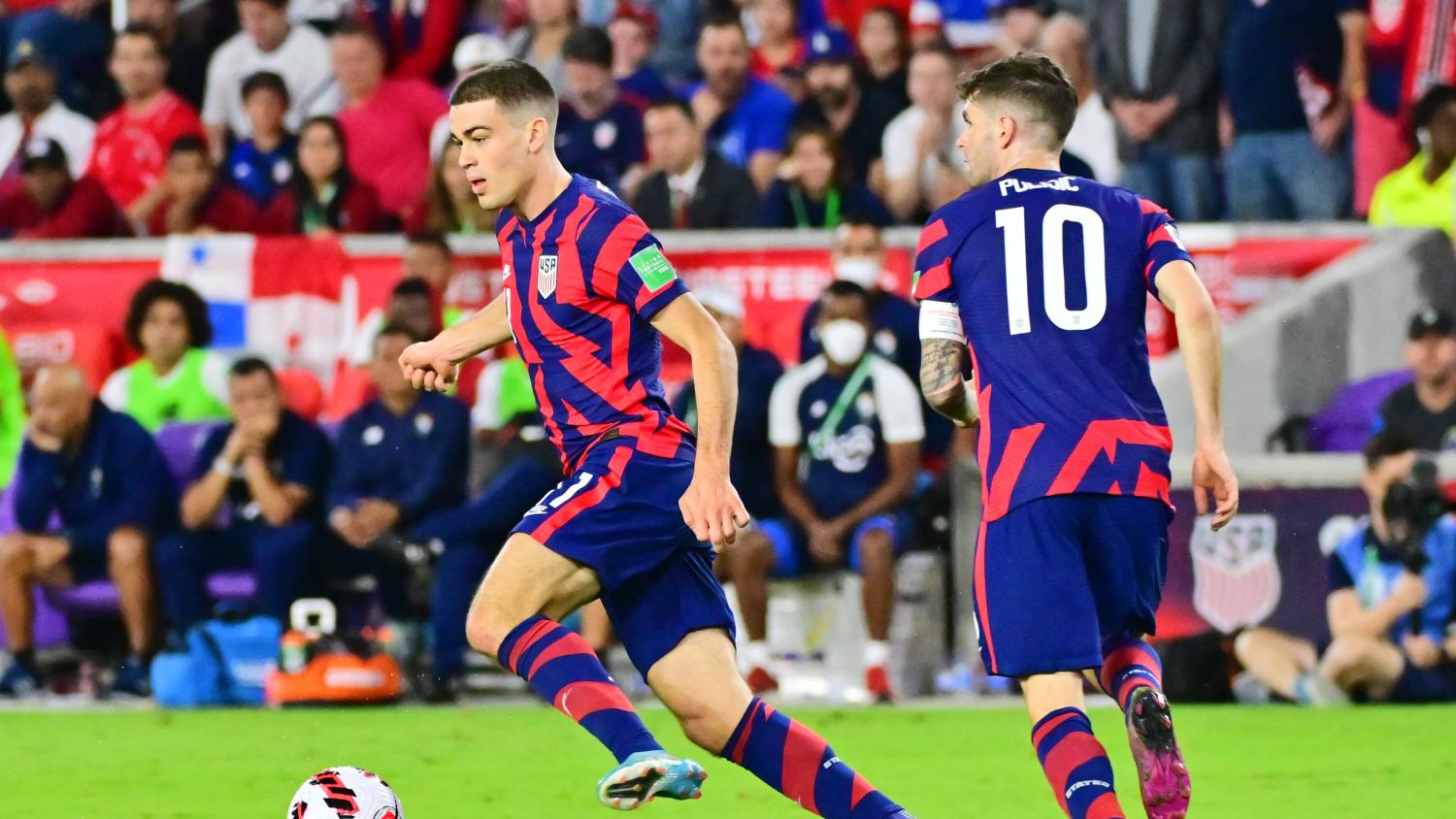 Let’s just hope no one is injured.
Getty Images

If you’re a casual American soccer fan that watches the World Cup and the occasional game, then this article is here to help. You might only know a handful of players so here is the list of the 10 best US soccer players that should play at the 2022 World Cup.

If you’re a die-hard United States men’s national team (USMNT) fan, then you can critique this list all you want.

Antonee Robinson — who also goes by “Jedi” — is the best player at the left back position for the U.S. He played in 13 of the 14 World Cup qualifiers for the USMNT and is a vital part of the team. If he’s healthy expect him to start nearly every game for the U.S.

Tim Weah is the son of legendary Liberian forward George Weah, who is also the president of Liberia. Tim Weah struggled with his French club team Lille last season only scoring three goals in 34 games during the 2021-22 season. He’s played better with the U.S. and supplied one goal and an assist in World Cup qualifying.

One of the youngest players on this list, Yunus Musah has been an exciting addition to the team. Besides the U.S., Musah had the choice of playing for England, Ghana or Italy but ultimately decided on America. He featured in 10 of the 14 U.S. World Cup qualifiers and adds an exciting spark to the midfield.

Walker Zimmerman is the best center back for the USMNT. He has been picked as the captain for two games and is one of the oldest players that features for the team. For two years in a row (2020 and 2021) Zimmerman has been named the Defender of the Year in MLS and is an anchor in defense for the USMNT.

Brenden Aaronson was one of the top goal scorers for the U.S. during the 2021 calendar year with four goals. He scored twice in the first qualifying window in Sept. 2021 and went through a bit of a scoring drought before finding the net again in June.

He’ll be a good bet to score at the World Cup. Aaronson recently completed one of the most expensive transfers of an American player. Premier League club Leeds United bought Aaronson from Austrian club Red Bull Salzburg for a reported $36.13 million.

Starting out the top five is Sergiño Dest who is playing for AC Milan on loan from Barcelona. Dest dealt with multiple injuries during qualifying, so he only featured in six of the qualifying games. Dest at his best offers as much in defense as he does when he comes forward on offense. The dude only knows how to score bangers for the U.S.

SERGINO DEST WHAT A GOAL

Tyler Adams doesn’t score or assist goals, but he does just about everything else. He only missed one game of World Cup qualifying and was the captain for half of the games. Adams is the heartbeat of the midfield. He’s there to string passes together, win possession back and keep things calm. Adams left RB Leipzig this summer and linked up with Aaronson at Leeds United.

If it weren’t for a recurring hamstring injury, Gio Reyna could have been number one on this list. The son of USMNT legend Claudio Reyna, Gio is one of the most exciting American players to watch. We’ve only seen glimpses of his full potential and holy cow is he talented.

We see you Gio Reyna pic.twitter.com/F49wJUzd07

Christian Pulisic is by far the biggest name and most popular player for the U.S. He’s the only American male player to win the UEFA Champions League and is full of tricks and goals. If Pulisic is at his best for the U.S. at the World Cup, then he will be causing nightmares for opposing defenses. He scored five goals during World Cup qualifying including a hat trick against Panama in May.

CAPTAIN AMERICA WITH THE HAT TRICK

Incredible touch and finish from @cpulisic_10 to make it 5-0 for the @USMNT pic.twitter.com/yxFvcgnsoA

The USMNT needs Pulisic to be sharp at the World Cup.

Weston McKennie is that guy. The American midfielder has abundant amounts of creativity in the midfield and has often been the best player on the field for the team. McKennie is also the deadliest player in the air for the USMNT. A broken foot saw McKennie miss the last several months of the 2021-22 season and he's also recovering from a thigh injury heading into the tournament. He's expected to play at the World Cup and he always seems to step up in the big momemt. McKennie can be the best US soccer player when the team needs him most.

NOT SO FAST! WESTON MCKENNIE pic.twitter.com/sLCRPhqML5