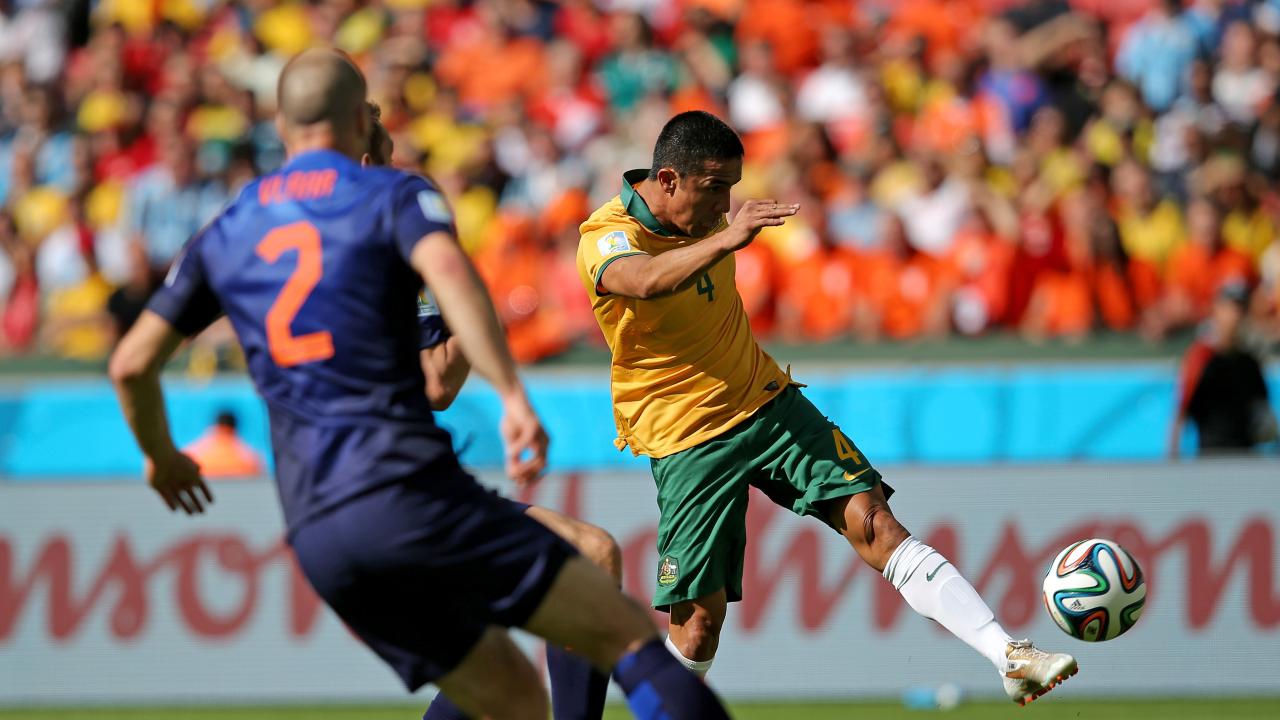 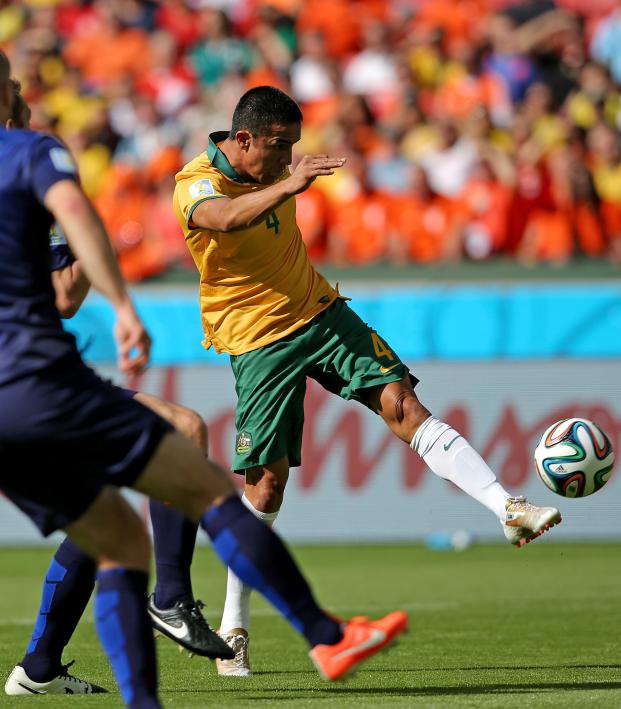 The Socceroos Are In The World Cup: A Look Back At Their Best Ever Goal

Welcome to the party, Australia. Thanks to some world class shithousery, the Socceroos qualified for the 2022 World Cup with victory over Peru. They’ll certainly be the underdogs in a Group D that contains defending champions France, Euro 2020 darlings Denmark and red-hot Tunisia, but the World Cup is always full of surprises.

Australia is no stranger to producing magical World Cup moments, but one stands out among the rest. On June 18 at the 2014 Brazil World Cup, as Australia took on Netherlands in group play, Tim Cahill produced one of the most outlandish goals ever seen.

After a heartbreaking 3-1 loss to Chile and conceding just 20 minutes in against the Netherlands, Australia seemed set for an unspectacular World Cup exit. Cue Cahill.

Just seconds after going down, Australia’s all-time leading goalscorer stood alone outside the opposition’s penalty area with three Dutch players surrounding him. As a speculative ball came into the box from 40+ yards out, not only did Cahill somehow run onto it, he had the sheer audacity to hit it first time. The result? One of the most perfectly struck volleys you will ever see.

The volley, which garnered a Puskás nomination, came off of Cahill’s foot at a whopping 55 miles per hour.

“It just felt so right to hit it, and I hit it sweetly,” said Cahill after the game.

It was the legend’s sixth World Cup goal for Australia, and undoubtedly the best of his 50 total goals for Australia. Cahill retired in 2018, having made 108 appearances for the Socceroos. He will go down in history, if not for his goals, then for his iconic boxing celebration.

At most other world cups, this goal would have stood out as the clear best. Instead, thanks to this bit of magic from Robin Van Persie and James Rodriguez’s legendary finish against Uruguay, it will go down as one of the most underrated World Cup goals ever.

This will be the first World Cup without Tim Cahill since 2002. No one knows how Australia will fare, but they will always have this goal to look back on.