The World Cup Is The Biggest, Greatest Sporting Event On The Planet — Just Ask Your Customers And Employees 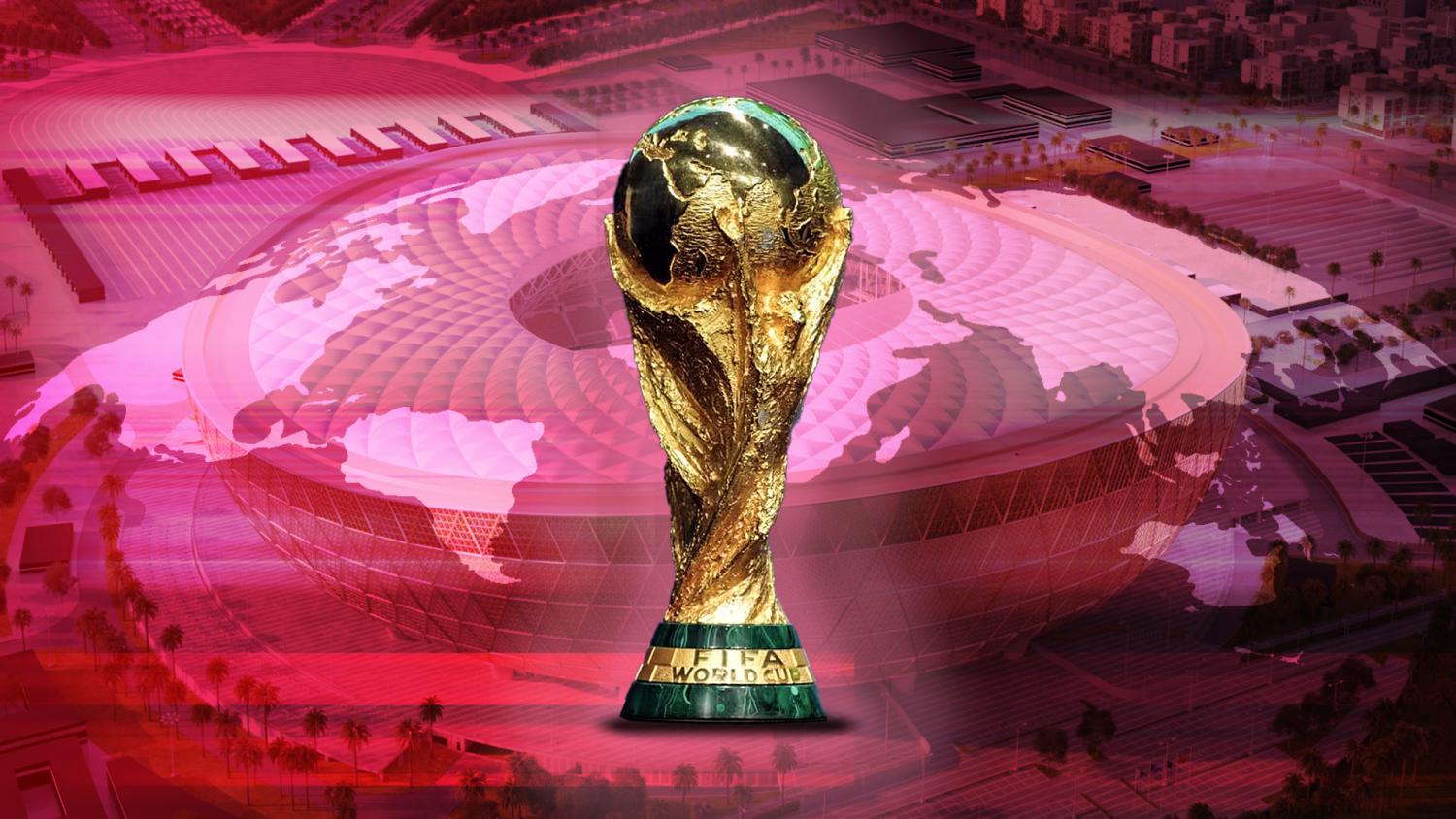 The 2022 tournament is going to smash every entertainment metric we have.
The18

This holiday season, for a 28-day period beginning Nov. 20 and ending with the final on Dec. 18, the FIFA World Cup is going to captivate the United States to a degree never before seen in the tournament’s 92-year history.

Instead of the usual talk of politics at the Thanksgiving table, get ready to listen to grandma wax lyrical about the strength of the Spanish midfield and the overlooked quality of Serbia’s attack as the national conversation turns global while the world's greatest sporting event unfolds in Qatar.

For a bit of perspective on the scale of things, the 2018 World Cup Final had an average live global audience of 517 million viewers and 1.1 billion tuned in over the course of 90 minutes. The most recent Super Bowl drew just 112 million — so much for “the Big Game” title. At least 3.2 billion people around the world (46% of the population) watched at least a minute of the last World Cup, and this time around, FIFA says it expects to reach 5 billion. 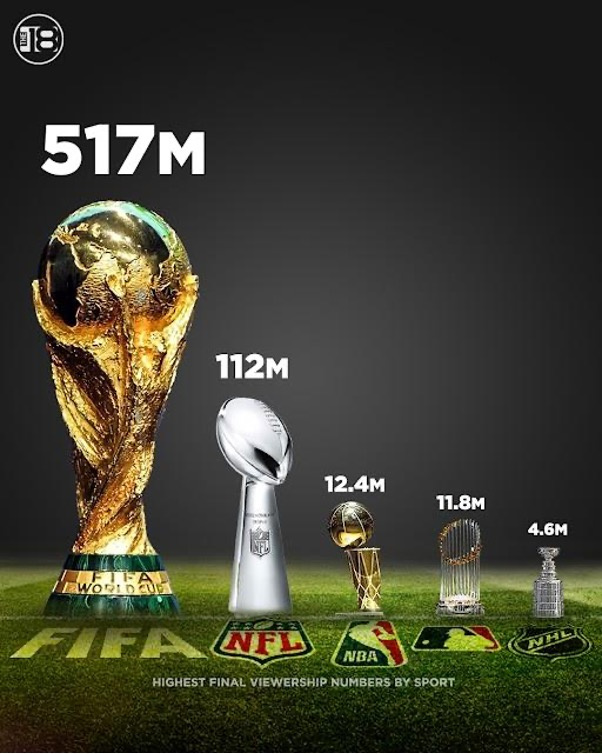 For companies and marketers, that means an opportunity to capitalize on the excitement and drive engagement over the holidays in new ways.

That momentum is clearly felt at online retailer SOCCER.COM, which sees its site traffic and activity doubled during the World Cup event time frame. This year, the online retailer is creating a corporate gifting program that allows companies and event planners to boost their brand awareness, reputation and affinity by associating with the largest multimedia sporting event in history.

Make no mistake, the World Cup is the greatest collective experience we have as human beings, and experts say it'll be even bigger in 2022 with the shift from the traditional summer months to fall. Viewership numbers are traditionally 22% higher during fall weekends as compared with summertime, and the United States men’s national team’s involvement after failing to qualify last time around is no small matter.

When the U.S. last played at the 2014 World Cup, the second group stage match against Portugal was seen by an average of 24.7 million viewers on ESPN and Univision. That stands as the third-most watched soccer game in U.S. TV history, behind only that year's final and the 2015 Women's World Cup Final.

The last group stage match against Germany in 2014, which kicked off at noon ET on a Thursday, returned the largest weekday afternoon audience in ESPN history at 14.2 million. Viewing parties at Bryant Park (NYC), Grant Park (Chicago) and Dupont Circle (D.C.) routinely drove crowds of around 20,000 as people set aside time to watch with friends and family.

This year, the U.S. plays on Monday (Nov. 21), Friday (Nov. 25) and Tuesday (Nov. 29) with every match kicking off at 2 p.m. ET on FOX and Telemundo. The Black Friday game against England is a can’t-miss event that promises to bring both nations to a standstill. When the two teams met at the 2010 tournament, 17 million — more than each of the first four games of the simultaneously running NBA Finals — tuned in to see the Special Relationship turn sour.

However, the 2018 World Cup also showed that this country's love for the event goes well beyond the participation of the United States.

At least half of U.S. youth (ages 16-34) is "very interested" in soccer, while nearly half of adults intend to watch the World Cup. The U.S. was the second-most engaged country on Facebook in 2018 (trailing only Brazil) and purchased the second-most tickets, while Twitter gathered over 115 billion impressions and Instagram recorded over 3 billion interactions.

Mexico's matches always captivate a massive audience across the country as well. This was highlighted by the 11 million that watched El Tri's 2018 group stage match against South Korea across FOX and Telemundo, and a similar number watched Mexico's incredible upset of Germany, including 7.12 million on Telemundo alone.

This time around, Mexico opens against Poland on Nov. 22 before one of the most anticipated matches of the group stage — a meeting with powerhouse Argentina on Saturday, Nov. 26.

There are also the caveats of Canada qualifying for its first men's finals since 1986 (and actually being really, really good), four matches on Thanksgiving Day (including Portugal and five-time champion Brazil) and a World Cup final scheduled for Sunday, Dec. 18, followed by an NFL doubleheader on FOX. America’s not moving from the couch that day.

But the World Cup is about much more than just what happens on the pitch. The cultural moments — the inspiration to cut your hair down to a small triangle, a Nigeria jersey that receives 3 million pre-orders in days or the ability of the words "Brazuca ball" to conjure images of the impossible — reverberate through time. 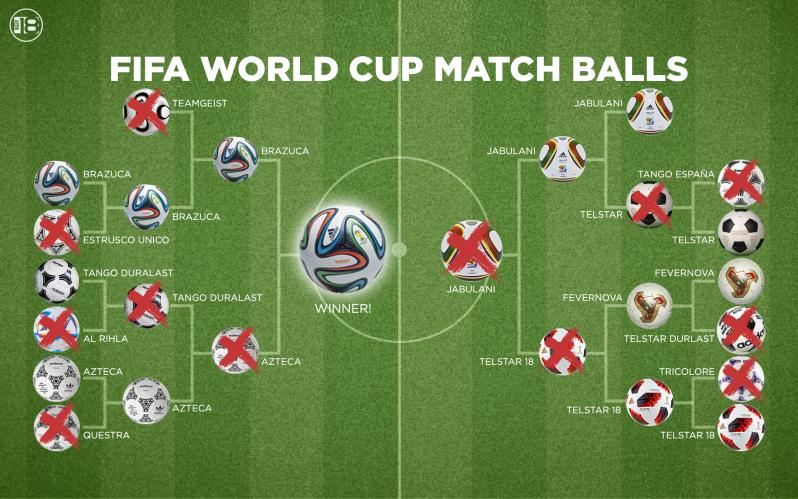 For example, adidas has been crafting every World Cup ball since 1970 — when the 32-panel, black-and-white Telstar became the generic "soccer ball" image you know so well today – and the company now routinely sells almost 15 million match balls every tournament to go along with eight million jerseys.

It's exceedingly rare to find such a huge portion of the population invested in a common interest, so the World Cup represents a unique opportunity to tap into the communal experience with gifts and signs of support.

SOCCER.COM can help brands capitalize on the engagement and excitement of a World Cup with an unmatched selection of official match balls, jerseys and memorabilia. The World Cup is truly an unmatched global spectacle and an opportune time to get some of those eyes on your own company.