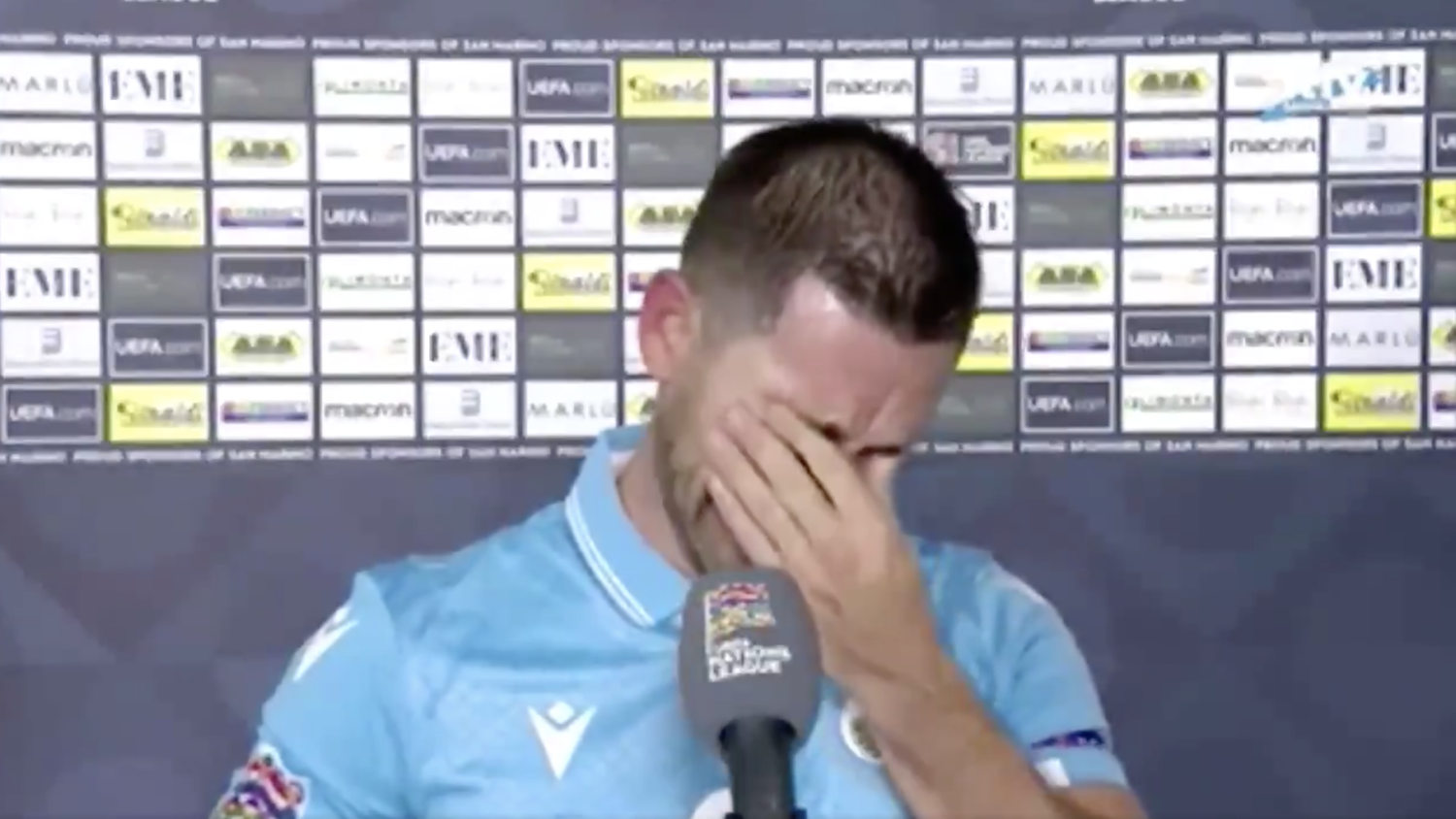 San Marino is on a two-game unbeaten streak, the longest in the team’s history.
@SanMarino_FA | Twitter

San Marino, ranked last place in the FIFA World Rankings, recorded a historic 0-0 draw against Gibraltar in UEFA Nations League play on Saturday. The tiny minnows of the world recorded consecutive draws in competitive play for the first time in their history. The moment made defender Dante Rossi cry tears of joy during a post-match interview.

Rossi played a key role in San Marino’s shutout draw. His side played the majority of the second half down a man after teammate Davide Simoncini was sent off in the 49th minute.

Rossi’s emotions got the better of him when he spoke with RTV San Marino.

Dante Rossi, the rock solid wall in our defense, crying of happiness because he is so proud and grateful he can play for San Marino. This is what football is about, passion and emotion. We love you Dante. #SMRgib

“For me it’s really a dream,” Rossi said. “I can’t talk much. My family is happy, my wife too. I want to say thank you to my teammates and all the staff. We hope to stay here for a long time. I dedicate this draw to the whole country. We are a small country but we have a big heart.”

San Marino finished the competition with two of the proudest points at the bottom of League D Group 2. Gibraltar and Liechtenstein will battle for top of the group on Tuesday.

In last season’s Nations League, San Marino lost all six of its matches without scoring a goal and conceding 16 times. For a team that consists primarily of amateur players that work other jobs, the underdogs will have their heads raised high after earning two points.

There’s no doubt that the UEFA Nations League has its critics. Top European players like Toni Kroos see the competition as an elaborate money grab and a vacuum that sucks the energy out of players. While Kroos certainly has a point, the other side of the Nations League is the special moments it creates for teams like San Marino.