Dubbed ‘Baby Messi’ As A Teen, Ryan Gauld Is Finally Flourishing After 7 Seasons In Portugal 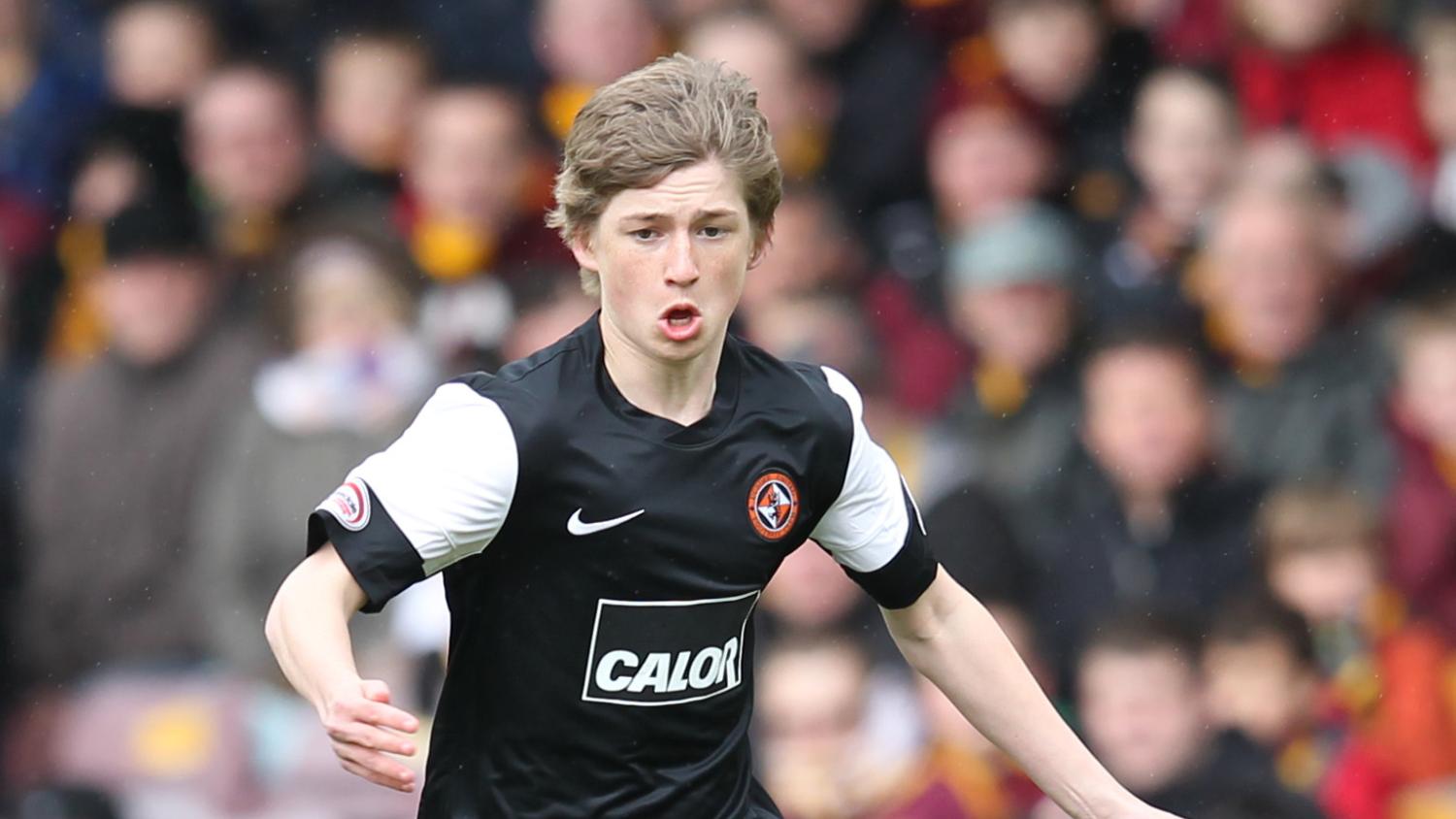 Although he is still waiting on his Scotland debut, Ryan Gauld understands it takes patience to earn success.
Getty Images

Not long ago, Central Scotland was home to a generational footballing talent. Scouts from across Europe descended on the coastal city of Dundee to watch teenage sensation Ryan Gauld as he slalomed past Premiership defenders and picked apart backlines with his inch-perfect passes.

Standing 5-5 (he has since grown to 5-7) with an innate quickness and a deft left foot, Gauld quickly drew comparisons to Lionel Messi — gaining him nicknames such as: "Baby Messi," "Mini Messi" and "Aberdeen Messi" (the last one a tribute to the youngster's hometown).

"The first time I read it I was laughing," Gauld said of the Messi comparisons, "John (Souttar) and Andy (Robertson) cut it out the paper and stuck it in my room. I was 17, delighted to be playing football every day and in such a good United team. I had nothing to complain about."

Gauld was just 16 years old when he made his first-team debut for Dundee United in May of 2012. The following season, he made his first start for United, contributing his first senior goal in a late-season draw against St. Johnstone. The Scottish talent made 10 appearances for the club in 2012-13, including five starts near the end of the campaign, appearing both as a winger and as a No. 10.

But it was the following year that Gauld really broke through in the Scottish Premiership. Still just 17 at the start of the 13-14 campaign, the Scotsman made 31 league appearances for The Terrors while playing alongside future Premier League talents Andy Robertson (Liverpool) and Stuart Armstrong (Southampton).

The teenager racked up six goals and six assists over the course of the season, and his finest moment came in a 4-1 victory over Partick Thistle — a match in which Gauld assisted all four Dundee goals.

He was linked with Liverpool, Roma and Real Madrid, and Manchester United manager David Moyes even scouted the teenager personally.

"With David Moyes’ side still struggling for creativity and imagination on the edge of the box," the Mirror's Graham Ruthven wrote back in 2013, "Gauld would provide an alternative to the power and energy of Wayne Rooney."

Despite significant interest from Premier League sides, Gauld made it clear that he would prefer to move to a foreign club.

"When I've been growing up, I watched the Spanish leagues and prefer the style of that," Gauld said in 2013. "Getting the ball down and being patient with the buildup play. In England, it's maybe more direct. If you are a winger you are expected to take on a fullback and get a cross in. If it's abroad, you can turn out, keep the ball and just keep the attack going."

"Abroad you see more players who are smaller in stature; in England, it's more athletes; Gault said. "Me being a smaller guy, I need to think about what's best for me and what's best around me and I think being abroad is the best culture of football for me. I have got to think what's best for me even four or five years down the line. If I was to go down to England, I'd have to think what my chances are of first-team football, if I was stuck out in the reserves how much I would enjoy that. I can't just think, 'it's a big club, so I'll jump at the chance to sign for them.'"

With all the interest from major European clubs, Gauld eventually joined Sporting Lisbon in the summer of 2014 for a fee of around $3-4 million — where he would try to recreate the feats of another Ballon d'Or winner: Cristiano Ronaldo.

Gauld signed a six-year contract with the Portuguese side with a release clause in the neighborhood of $73 million, a sign that the club viewed him as a key asset for the future.

"The Portuguese game may be more suitable to Gauld," wrote Richard Wilson of BBC Scotland, "since the play tends to be less hectic and intense. Players dwell on the ball and attacks are more considered. Sporting Lisbon will also be the ideal environment for him to develop further."

The Scotsman had minimal first-team involvement in his first two seasons, only playing 52 minutes in the league. But a brace against Belenenses in the Portuguese League Cup and some solid performances for Sporting's second side kept him on the radar of Scottish soccer fans.

As time progressed, it became increasingly clear Gauld was not in the first-team plans for Sporting, and the Dundee product went on four separate loans over the next four seasons.

Gauld's time at Portuguese Liga side Vitória Setúbal in 16-17 was cut short, while spells with Farense and Desportivo Aves were similarly unimpressive. Gauld even returned to Scotland in 2019 for a loan stint with Hibernian, but only played four times before a hamstring injury prematurely ended his campaign.

Later that year, Gauld's exit from Lisbon became permanent, as he signed for Farense in the Portuguese second tier. The Scottish No. 10 had made only five senior appearances for Sporting over five seasons, and none since 2015.

Gauld was still only 23-year-old, but the "Mini Messi" comparisons appeared to be a thing of the past.

"I think I’m looked at as a player who had talent but hasn’t really shown it yet," Gauld said after joining Farense. "They have reason to think that because there were high expectations when I went to Sporting; I was destined for great things. I have always done all I could to make things work out, but they didn’t go as planned. I’m a bit young yet to write myself off — there is still time. I wanted to get back to the first division here to prove a point."

As for the "Mini Messi" moniker: "The actual name didn’t bother me, it was just when people read that they judged me a little quicker and expected more."

Many had already written off Gauld, but the Scotsman still had a lot to prove — both to himself and to his countrymen. In his first season in the Portuguese second tier, Gauld recorded nine goals and five assists and led his club to promotion.

The No. 10's efforts were enough to earn him Liga Pro Player of the Year honors.

Back in the top flight again for 2020-21, Gauld proceeded to have the best season of his career. Through 33 of 34 matches, the Scotsman has nine goals and seven assists. His WhoScored? rating of 7.22/10 is the seventh best in the league, and he has six WhoScored? man of the match awards, tied for third most in the league.

As captain, Gauld has almost single-handedly kept his side up, although they are now two points from safety with one match to go.

Ryan Gauld has made more key passes (74) than any other player in Liga NOS this season, all the while playing for 16th-placed Farense

Reports suggest he ' be named in Steve Clarke's Scotland squad for the Euros...

Gauld topped off his phenomenal campaign by being named Primeira Liga Player of the Month in April.

| Ryan Gauld is the Primeira Liga Player of the Month for April.

He also currently has the most Man of the Match awards in the Liga with 9.

Today, he’s also been left out of Scotland’s Euro 2020 squad.

Yet one goal has still eluded Gauld: a Scotland cap. Gauld was a part of Scotland's Euro 2016 qualifying squad for two matches back in the fall of 2014, but he never made it onto the pitch.

"It is what I’ve always dreamed of doing," Gauld said. "Even in the Portuguese second division, it was always with the thought of getting regular games so I could prove I’m worthy of a shout with Scotland.

"My earliest memory is going to watch the Scotland Future squad at Pittodrie, and my dad took me and my brother to Hampden a couple of times for games. There was never a Scotland game on TV that I missed as a kid. Back then it was a dream to think that one day I might actually be out there playing for my country."

Despite his impressive showing in Portugal this year, Gauld was omitted from the Scotland squad for this summer's European Championship.

The 26 players picked to represent Scotland at UEFA #EURO2020. pic.twitter.com/uV5epmAEJc

Even though he is not part of Scotland's Euro 2020 team, Gauld and his fans alike should still be overly optimistic about the future of the Farense No. 10.

Still just 25-year-old, Gauld is entering the prime of his career and has appeared to find the form he has been searching for since his teenage days at Dundee United.

He is also linked to a move to Norwich City, which is said to be keen on signing the talented attacker after his contract expires this summer. Sheffield United, Brentford, Swansea City and Brighton are also possible destinations for the Dundee product.

At Norwich, Gauld would feature alongside talented players such as Todd Cantwell and Emi Buendía — who combined for 21 goals and 21 assists in the Championship this year — while playing a brand of possession-based attacking football that highlights the strengths of the Scottish midfielder.

Gauld sees himself as a much more well-rounded player now, one who is ready for the physical challenges of the Premier League: "I’m more of a complete player, certainly without the ball. (Dundee) United have been putting up old games on YouTube and I’ve been watching. I feel sorry for John Rankin and Paul Paton, having to do all my defending."

Most of all Gauld is happy to finally be playing at the level he knows he can perform at: "This year, I’ve put together a string of performances and shown what I can do. I’ve been able to show people what they expected of me when I first came over and that feels good."

The Euro snub will hurt, but Ryan Gauld understands the value of patience, and he recognizes that his moment to shine for his country will come soon enough.