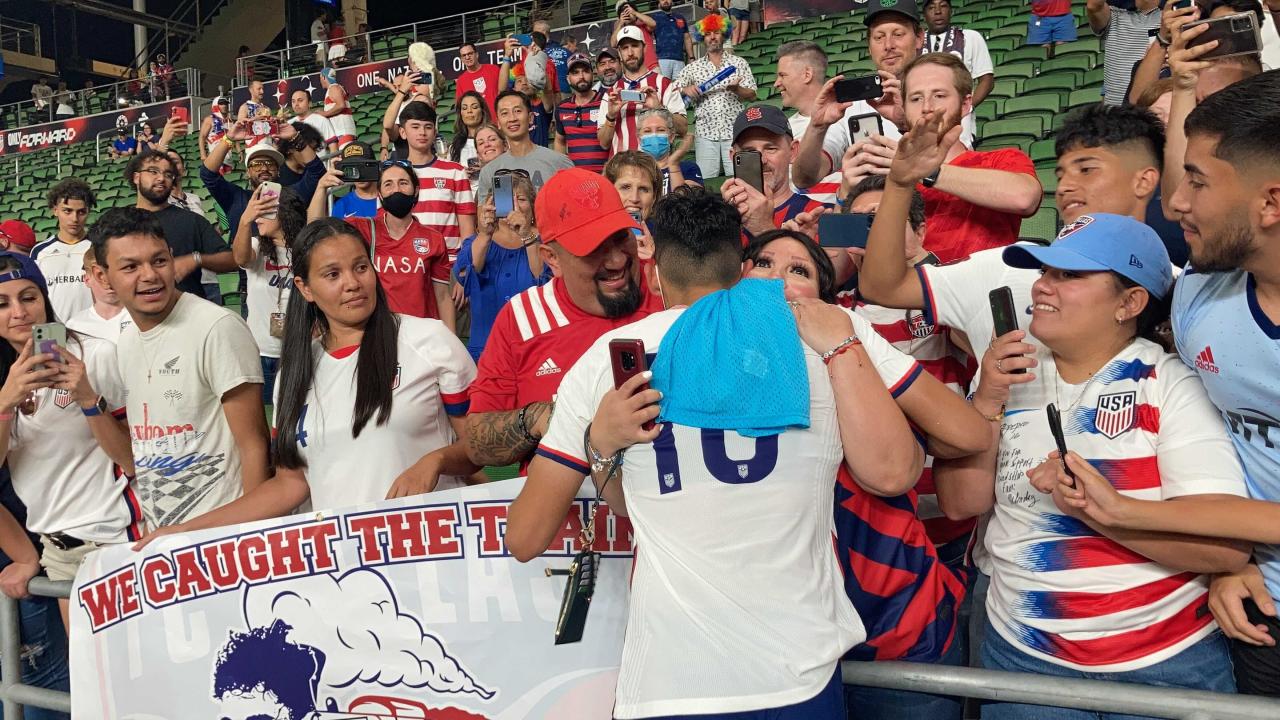 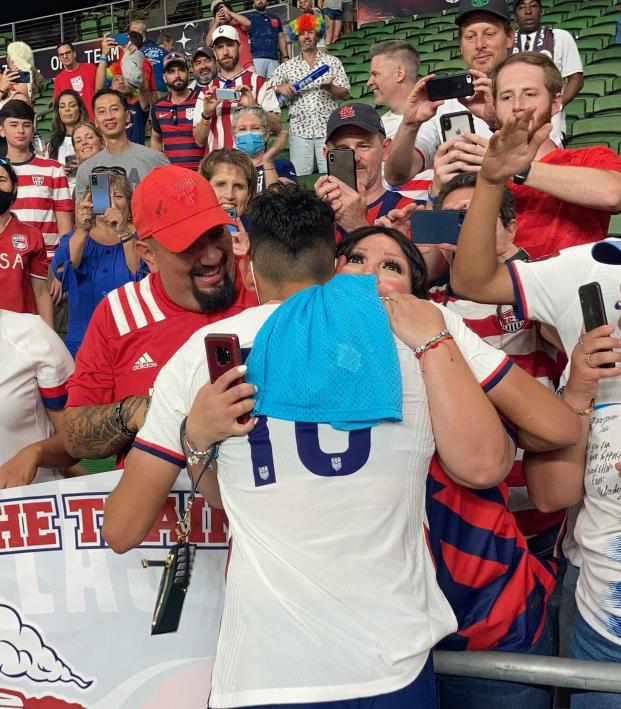 Anyone who knows anything about Ricardo Pepi knows how much his family means to him. When he left his hometown of El Paso, Texas, at the age of 13 to pursue his soccer dreams with FC Dallas, it was his family he missed the most.

“I love you all,” Ricardo told his father, according to a recent ESPN article. “But this is my dream and I’m going to stay. I’ll miss all of you.”

On Thursday night, Ricardo Pepi played in front of his family for the U.S. national team for the first time. After scoring a brace to lead the USMNT to a 2-0 win over Jamaica in Austin, Texas, the 18-year-old made his way over to his family for some much-needed love.

You love to see it.

Pepi made his USMNT debut just one month ago, giving the Americans the spark they needed in the second half of a 4-1 victory in Honduras, playing a role in all four goals, including scoring the winner. He started again on Thursday against Jamaica, and though he was quiet in the first half he came alive in the second, scoring both goals in a much-needed victory to be named Man of the Match.

Having only committed to play for the U.S. (instead of Mexico) last month, Pepi has been exactly what the USMNT has needed lately. While the skillful attacking positions (wingers, central midfield) are well-stocked with European talent like Christian Pulisic, Gio Reyna, Brenden Aaronson, Tim Weah and Konrad de la Fuente, the U.S. has struggled to find a consistent striker to lead the line. Josh Sargent and Daryl Dike have given glimpses of potential, but neither broke onto the scene like Pepi has. The 6-1 forward looks like a natural finisher, something the U.S. men haven’t had since Brian McBride.

Given Pepi’s nickname — El Tren — and scoring prowess — he’s also scored 13 goals in MLS this season — it’s been no surprise everyone is hopping on board the Pepi train. Reports have suggested he’s been eyed by big clubs across Europe, including a few Serie A clubs, Wolfsburg and Bayern Munich. FC Dallas has sent players to Germany and Italy recently, so don’t be surprised if Pepi is the next to make the leap, especially after he already trialed at Bayern.

Wait, Was That A Ricardo Pepi Brother?

Before we go, since we’re on the subject of family, it should be noted Ricardo Pepi’s brother, Diego, is also a footballer. According to some quick Googling, Diego, a couple years younger, was named Co-MVP of District 9-5A as a sophomore for Frisco High School in one of the best districts in the state. (Pepi’s family moved from El Paso to Frisco, where FC Dallas’ facilities are located north of Dallas.) Diego Pepi racked up 25 goals and nine assists despite facing double and triple teams all season, and you can peep some of his highlights here.

Eagle-eyed readers will have noticed Diego Pepi in the second row of family at Q2 Stadium, looking just like his older brother.

Pepi also has a sister, Sophia, about six years younger, and they all caught the train to Austin.