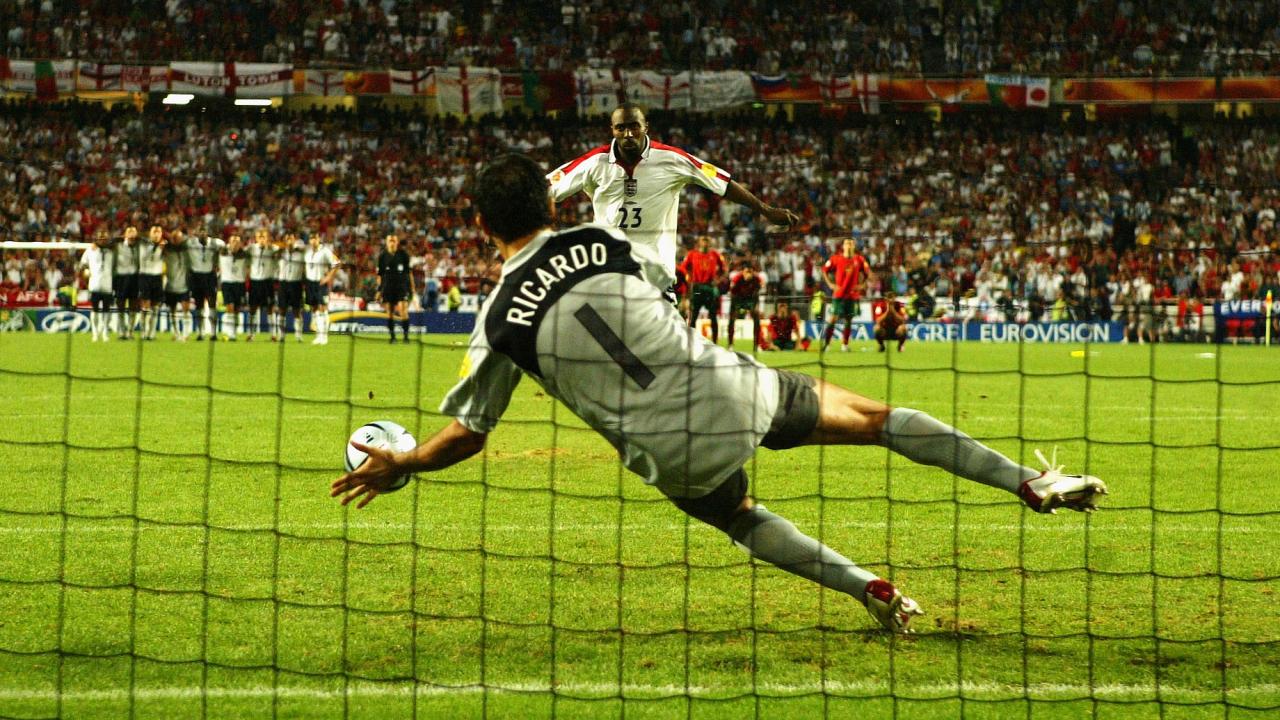 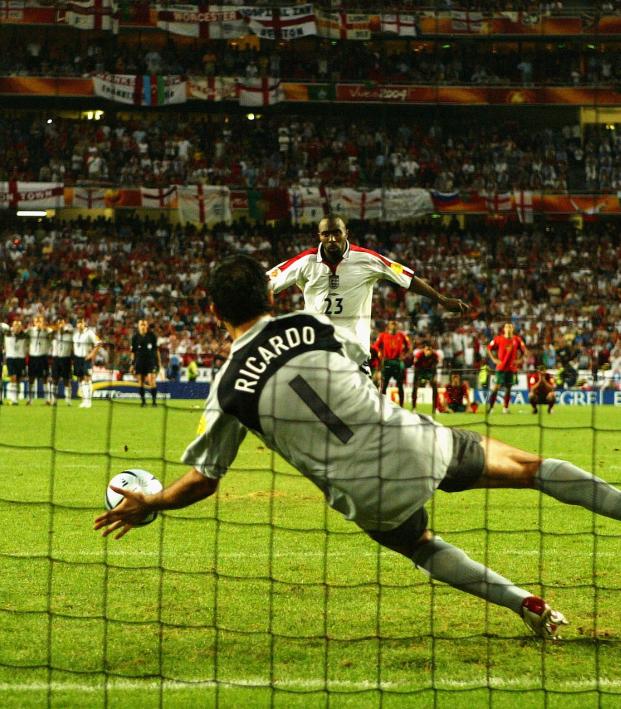 Cheer Up Portugal Fans! Reminisce About Ricardo's Barehanded Penalty Save At Euro 2004

Portuguese football fans will be understandably aggrieved following the goal-line controversy in Saturday's World Cup qualifier against Serbia. It's important to remember though that the Seleção is still tied for first in its qualifying group — a very easy group at that.

This is also a country with a proud footballing history. Fom Eder's extra time winner in the Euro 2016 Final, to Eusébio's dominant nine-goal performance at the 1966 World Cup to any one of golden boy Cristiano Ronaldo's 102 international goals, Portguese football has more than its fair share of classic football moments.

But one moment that is often forgotten is the bare-handed penalty save (and subsequent winning penalty he scored) by goalkeeper Ricardo Alexandre Martins Soares Pereira at Euro 2004.

It is a tournament that is overlooked because of the disappointing showings from top European sides like Italy, Spain and Germany, none of which made it past the group stage. The eventual winner was a tedious but pragmatic Greek side that entered the tournament as heavy underdogs.

The best match of the tournament was the quarterfinal between Portugal and England at the Estádio da Luz in Lisbon, a game that would go on to become a classic for Ricardo's penalty shootout heroics.

The match started poorly for the hosts, as Michael Owen put England ahead after three minutes with a superb flicked finish over the head of Ricardo. The scoreline would stay 1-0 until 80 minutes later, when Helder Postiga's fine header brought the tournament hosts level.

Extra time began with Michael Owen's header hitting the bar off a David Beckham free kick, followed by Sol Campbell heading home the rebound. But the goal was called back for a foul against the English defender.

In the second period of extra time, Rui Costa seemed to have won it for Portugal with a powerful strike from distance that hit the underside of the bar and went in.

After conceding two injury time goals in a demoralizing loss to France in the group stage, England had returned the favor with a late goal of its own, and Sven-Göran Eriksson's side carried the momentum into the penalty shootout.

David Beckham gave Portugal an early advantage after skying his penalty over the crossbar, afterward looking back at damaged turf around the penalty spot in dismay. Yet two shots later, Portuguese midfielder Rui Costa repeated Beckham's mistake, as the AC Milan man fired over the bar — and again gazed at the sunken penalty in disapproval.

After the required five penalties a piece, the shootout was knotted at four all and the match progressed into sudden death. Darius Vassell, a winger for Aston Villa, stepped up to take the sixth spot kick for England.

"We had practiced for penalties in training, and I had watched some DVDs looking at where England players had taken their penalties," Ricardo said in Ben Lyttleton's book Twelve Yards. "But when I saw Darius Vassell coming toward me, I thought, 'Fucking hell, hang on! I have seen every player score a penalty on this DVD but not this guy. Nothing! Has he even taken one before?' "

"I looked at my hands. Fuck, I have to do something. I ripped off my gloves, just took them off. Vassell looked at me, and he looked at the referee, who said, 'That's fine.' To this day I still don't know why I did that. I have never done it before, or since, but I felt I needed to do something."

"I saw Vassell was very nervous and he did not want to be there. I knew I was next up to kick and said to myself, 'I will save this one and score the next.'"

Whether it was Ricardo's psychological ruse, the mangled turf surrounding the penalty spot or simply the pressure of the occasion, we will never know, but Vassell's low penalty to Ricardo's left was saved by the Sporting Lisbon shot-stopper. It was not a bad penalty either; Ricardo's save was simply superior to the shot, but it was the last time Vassell would ever put on the England shirt.

Cruising on the confidence gained from his save moments before, Ricardo waived away teammate Nuno Valente so he could take the decisive penalty himself. Up against the expansive 6-4 frame of England keeper David James, Ricardo — still gloveless — calmly struck a low, hard penalty past James' out-stretched right hand and into the corner of the net, giving Portugal the victory.

After the match, Ricardo received a call from his glove sponsor. They congratulated him on the victory but also expressed some displeasure about his glove removal ploy. "They told me not to do it again," Ricardo said, "and I never did."

Portugal defeated the Netherlands 2-1 in the next round to advance to the Euro 2004 Final, where it faced a rematch of its opening group stage match against a plucky Greece side. The game finished 2-1 in favor of the underdogs, as Luiz Felipe Scolari's side was troubled again by the defensive approach of the Greeks, and Portugal's inability to defend set pieces cost it the title.

Despite the disappointing result in the final, Ricardo's confidence and mind games in the quarterfinal perfectly captured the eccentricities of a professional goalkeeper and inspired the psychological diversions of the next generation of keepers.

Whether it be Marc-André ter Stegen's off-centered positioning on the goal-line or Tim Krul's range of idiosyncrasies during shootouts (ranging from standing in front of the penalty spot to having a water bottle with opponent's penalty preferences), they can all thank Ricardo.

But despite the competition from these young bloods, Ricardo's bare-handed save still remains the most iconic penalty save in footballing memory.