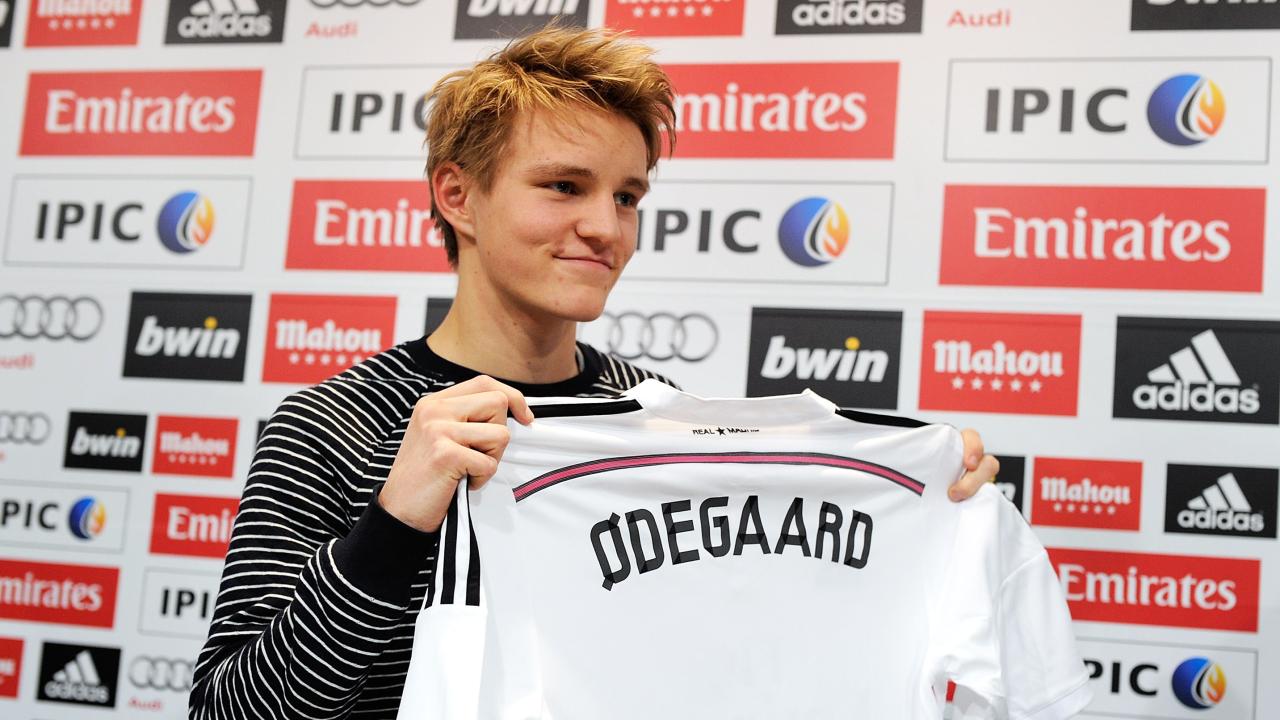 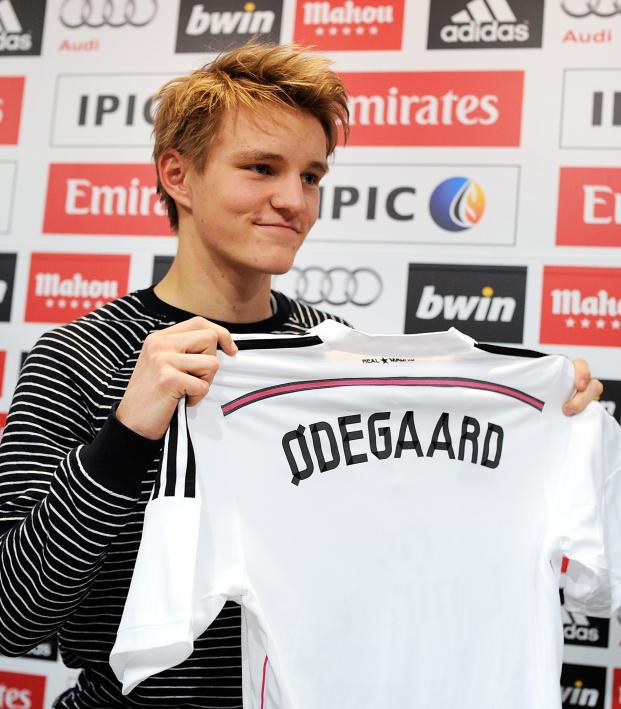 Real Madrid wonderkids — the list could go on forever.

Madrid has let go of so much talent that if they hadn't been so successful these past years, Madridistas would have put up a bounty for the president of the club, Florentino Pérez.

Although the 2021-22 season saw the likes of Federico Valverde, Vinícius Junior, Nacho and Dani Carvajal — all players brought up from Real Madrid Castilla — perform for the club throughout the Champions League-winning campaign, playing youngsters and products from the academy and Real Madrid are two terms that have historically struggled to get along.

In the 21st century, we've seen the Merengues let go of very promising talent that has, fortunately for their careers, bounced back playing for other clubs.

More recently, former La Masia turned La Fabrica player Takefusa Kubo left the Whites to sign for Real Sociedad on a permanent deal, ending his three-year career in Madrid. The player showed promise coming into the Santiago Bernabéu, but a lack of playing time and unconvincing loan spells saw the 21-year-old Japanese leave the 2022 LaLiga champions in hopes of reinventing his career.

In light, we list eight famous Real Madrid wonderkids who, for one reason or another, didn't quite find a spot at Real Madrid and did find one elsewhere.

Juan Mata arrived at Real Madrid from Real Oviedo as a 15-year-old. The Spaniard did what was expected of him in the Madrid academy, working his way through the respective divisions up into Real Madrid Castilla.

Consequently, there was no issue with Mata at Real Madrid, and he was seen as a prominent youth product who would soon make an impact in the first team.

Ultimately, a release clause allowed him to negotiate with other clubs in the last year of his contract snatched him away from Los Blancos.

Mata arrived at Valencia and showed us why he wanted first-team soccer.

"Yeah, well, he failed as a Manchester Uni–" — it doesn't Mata what you think!

Seventeen-year-old Sergio Canales was one of LaLiga’s most promising talents. In the 2009-10 season, the Racing Santander midfielder scored six goals and provided four assists in 26 matches for a team that finished 16th, three points away from relegation.

Canales was sold to Real Madrid in 2010 in what looked like a signing for years to come. But injuries and lack of playing time sentenced the Spaniard to a move away from Valdebebas.

Since his arrival in 2018, Sergio has scored 33 goals and provided 27 assists — a combined 60 goal contributions in 165 games — and won the verdiblancos their first Copa Del Rey in 20 years last season.

Add the word "Canales" to the dictionary as a synonym for resilience.

Hakimi is one of the very recent names on the list.

The Moroccan came through the Real Madrid academy and began making first-team appearances in 2016.

After not being guaranteed a starting spot over Dani Carvajal, Hakimi was sold to Borussia Dortmund in 2018, a destination that proved him worthy of elite soccer.

The 23-year-old has become one of the world’s most valuable fullbacks and rightfully so.

Last season, Hakimi tallied four goals and six assists in 32 Ligue 1 games. The season prior (2020-21), the right back scored seven goals and provided 10 assists in 37 Serie A games for Inter Milan.

Negredo started his career at Rayo Vallecano, making his professional debut in 2005 with the club in Segunda División B. He then moved into Real Madrid’s second-tier squad, where he scored 18 goals in 40 games.

Following his tremendous campaign, the Spaniard was loaned out to Almeria in the 07-08 season. This is where Negredo proved he could hang with the big boys.

In his two seasons at the Estadio de los Juegos Mediterráneos, Negredo scored 31 goals and provided nine assists in 70 league games for a team that didn’t even battle for European soccer.

This loan spell earned him a “call-back” from Los Blancos in the 09-10 season. But the greatest transfer window in the history of the game that saw the likes of Cristiano Ronaldo, Kaká, Benzema and Xabi Alonso join the Galacticos and push The Beast of Vallecas out of Valdebebas.

Theo’s career at Real Madrid was, in many ways, similar to Hakimi’s.

Hernandez was bought by Los Merengues from Atlético Madrid in 2017, a transfer not common in modern soccer.

After having an impressive loan spell at Deportivo Alavés, Florentino snatched Hernandez hoping to make him the club’s next generational left back.

After being loaned out one season at Real Sociedad, the left back took a move to Serie A to play for none other than AC Milan, the best choice of his career so far.

In three seasons with the Rossoneri, Hernandez helped the team win its first league title in 11 years and has scored 18 goals and provided 17 assists in 98 Serie A games.

He is a defender, ladies and gentlemen.

Ødegaard’s buzz started when he was only 16 years old. After being offered immense contracts by Europe’s top clubs, the Norwegian chose Real Madrid’s.

At age 15, the midfielder was already the youngest player and the youngest goalscorer to ever play in the Norwegian top flight, helping his boyhood club Strømsgodset qualify for the Europa League as the team’s main man.

He was The Wonderkid.

All isn’t bad for the Norwegian, though. The six-month loan at the Emirates earned himself a spot in Mikel Arteta’s promising Arsenal project. In the 2021-22 season, the midfielder scored seven goals and provided four assists in 36 Premier League games.

The player's impact at Arsenal has been so great that following Alexander Lacazette’s exit back to Lyon, Martin is set to become the Gunners’ new captain.

It is actually wild how much this guy has gone through, and he’s basically only getting started.

If you’re lacking minutes at Real Madrid, go to Milan.

The skilled midfielder began his career at Manchester City. Although the Spaniard hadn’t fully made his way into Pep Guardiola’s team, consistent performances in the Premier League 2 earned him a transfer to Valdebebas in 2019 for $18.7 million.

Díaz was brought to Madrid by Florentino Pérez in hopes of turning him into a regular first-team player.

But with the club going through a rebuild, Brahim never got the chance or the minutes to show his worth.

A promising loan spell to AC Milan proved he was still able to play at the levels he showed in Manchester, he just needed the time do so. The rossoneros extended the loan for the 22-year-old last season, and they haven’t looked back since.

Like Hernández, Díaz played a big part in winning the Serie A title. Although the player had three goals and three assists, the midfielder played in 31 of the 38 games of Milan’s Scudetto winning season.

The Spaniard is perhaps the least successful in the list, but we’re sure we’ll see more from him in the upcoming seasons.

He’s last because we forgot he even played for Real Madrid.

The first time we heard about Fabinho was when he was on loan at Real Madrid Castilla playing as a fullback. Yes, fullback.

At Castilla, Fabinho shared the pitch with the likes of Morata, Nacho, Casemiro and Jesé.

After solid performances for the academy, the now midfielder made his debut with José Mourinho in a 6-2 LaLiga victory against Málaga — game where he assisted Angel Di María for the final goal.

No minutes at the Bernabeú sent him back to Rio Ave FC and into Monaco, a club where he showed his true potential. The midfielder was part of that Monaco squad.

Consequently, Liverpool bought the carioca in 2018 for almost $50 million. Pretty much a bargain for what he’s helped the Reds achieve in England.