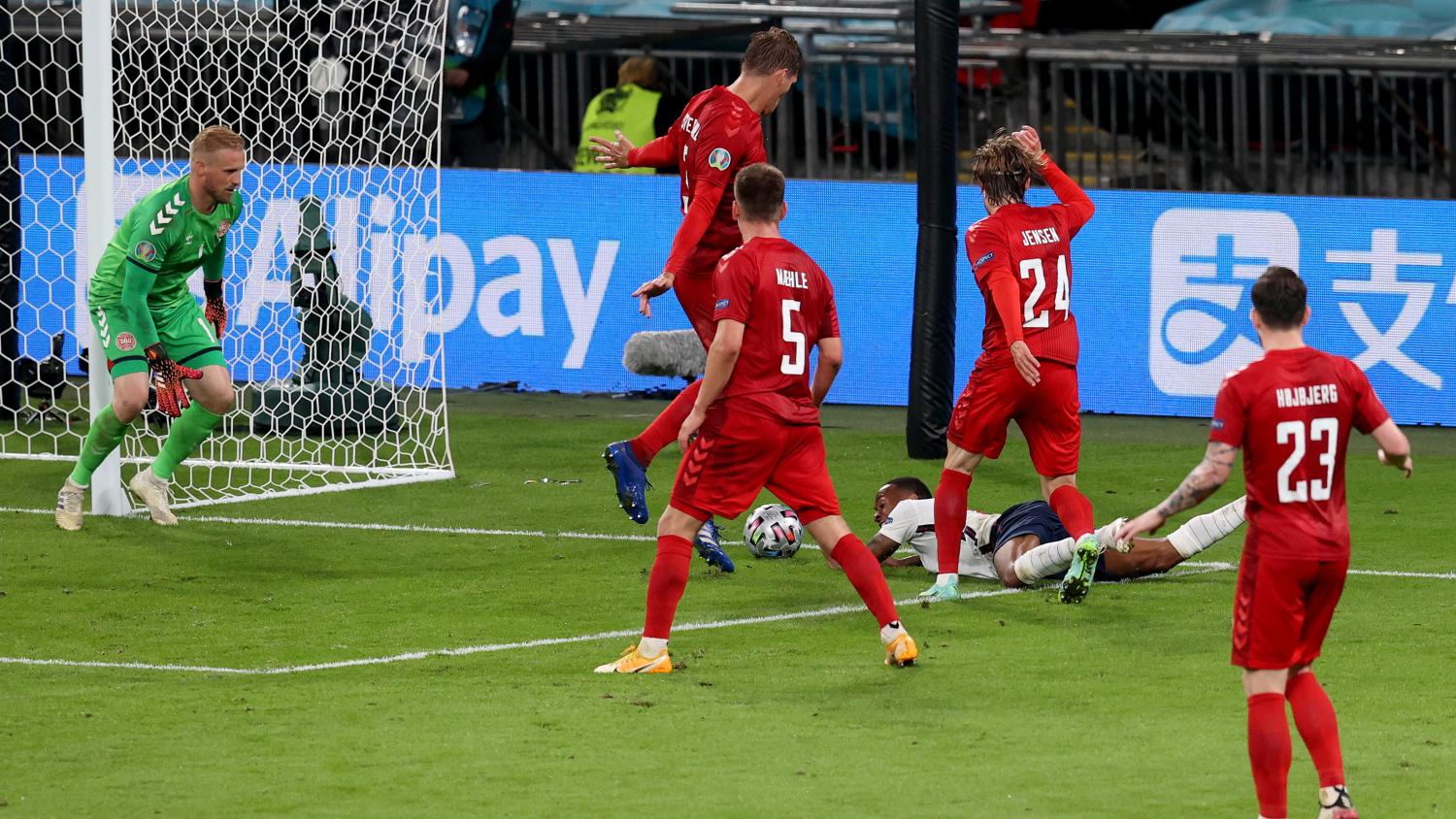 Sterling says it was “a clear penalty” because he got “touched,” but it’s a contact sport.
Getty Images

LONDON - While England exulted at reaching a first major final since 1966, there was increasing outcry abroad over the penalty awarded for a foul on Raheem Sterling in extra time to give them a 2-1 win over Denmark in their Euro 2020 semifinal.

An array of media and football figures joined Danish fans in condemning the penalty as too cheap for such a big game, some saying England's haughty views on diving looked hypocritical in view of Sterling's tumble at the lightest of touches.

"They always say how bad it is when a foreign player tries to deceive the referee with a dive. In pure English football, this does not happen. Apart from, of course, in a European Championship semifinal," said Spanish newspaper Marca. "It would be nice for English football to stop giving lectures to the rest of the continent about diving."

The speedy and swerving Sterling, who has been accused of diving before in England's Premier League, went over in the box after minimal contact from Denmark's Joakim Mæhle. Dutch referee Danny Makkelie pointed to the spot and upheld that after briefly consulting the Video Assistant Refereee, though without reviewing the move on the pitch-side monitor.

Harry Kane's penalty was saved by Kasper Schmeichel but the captain followed up to score and give England the win.

"This was a soft penalty for me ... far too cheap a penalty for a Euro semifinal," ex-referee Jonas Eriksson, who officiated at Euro 2012 and 2016, said on Swedish network SVT. "I am mostly surprised and annoyed that the VAR doesn't tell the referee. This decides which team goes through."

Sterling himself said after the game it was a clear penalty with his leg clipped. But former Arsenal manager Arsène Wenger, who is now international governing body FIFA's head of global football development, was among those doubting.

"In a moment like that it's important the referee is absolutely convinced it was a penalty. It was not clear enough to say 'yes it is.’ He should have at least had a look at the screen," he said on Qatari network beIN Sports.

Roma manager José Mourinho went further, telling radio station Talksport "for me, it's never a penalty" even though he said the best team won and he was happy for England.

Denmark might also have felt aggrieved by the fact a second ball was on the pitch when Sterling entered the area, which according to regulations could have led to play being halted. 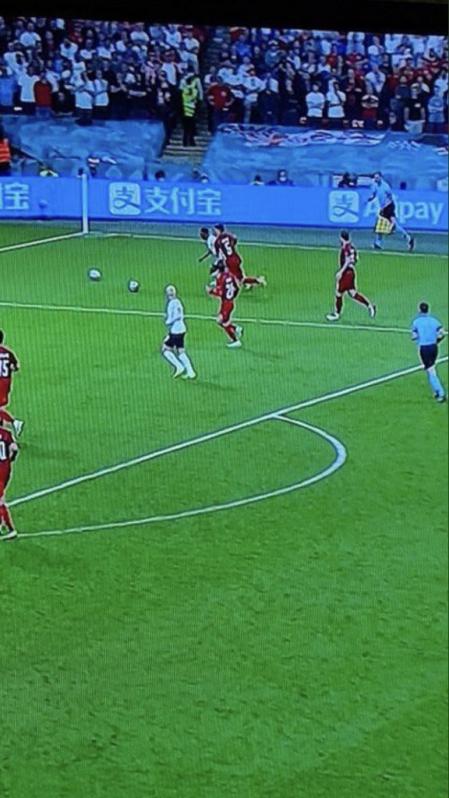 A real stickler could've called this one. Photo: @good_lfc | Twitter

Adding insult to injury, a fan shone a laser pen on Schmeichel as he prepared to face Kane's penalty.

Uefa have opened an official investigation on the laser case during penalty yesterday in England-Denmark pic.twitter.com/BE5wJ7dNqx

"They won with a penalty which was a blatant dive," fumed former Germany player and pundit Dietmar Hamann. "England always prides itself on being the home of fair play and no diving."

Elsewhere, France's L'Equipe newspaper said England had only breached the Danish defense with "a questionable, not least generous, penalty", while in Italy - England's opponents in Sunday's final - Gazzetta dello Sport said "it's a shame they get these little bits of help, because they don't need it.”