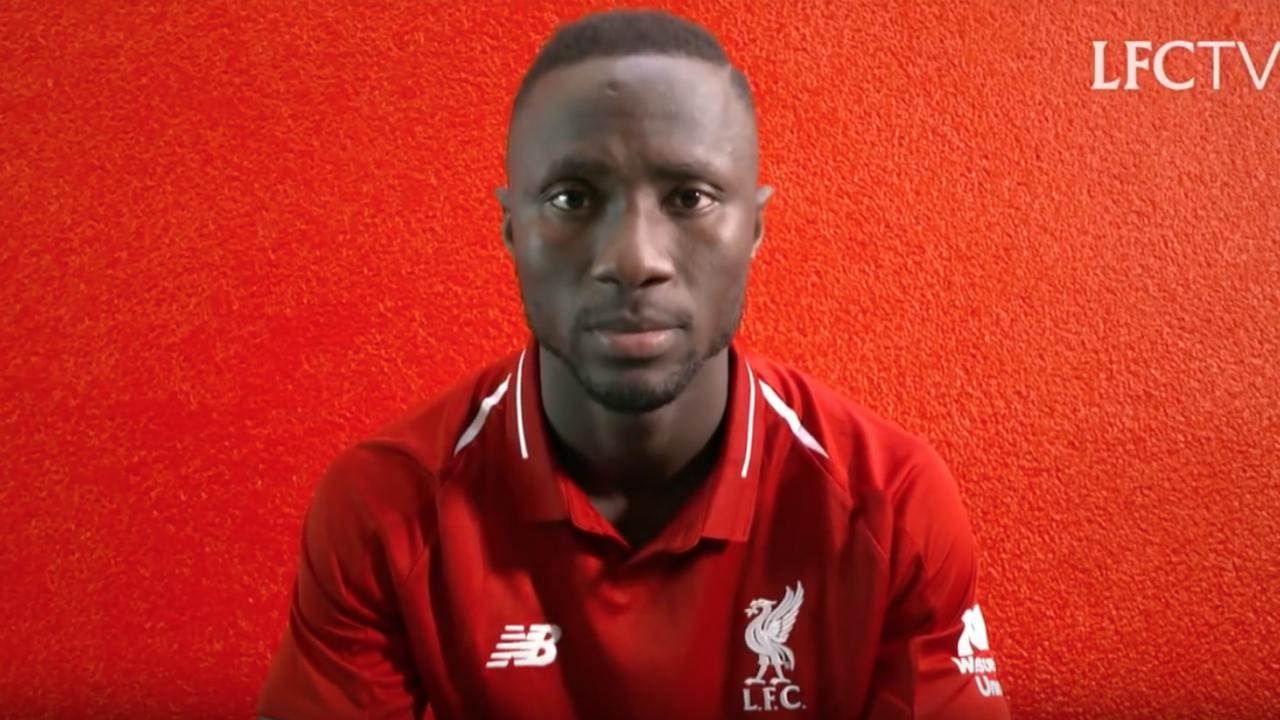 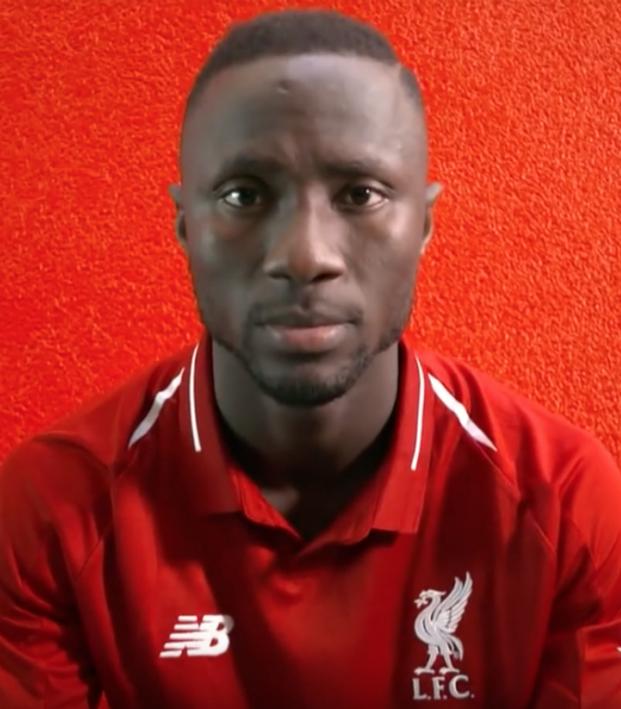 The transfer window in England has now slammed shut. Well, at least for all 20 Premier League clubs. It’s been a crazy window too, especially considering the two most expensive signings in the Premier League for this window were goalkeepers. Imagine telling that to someone at the start!

Some clubs have signed over 10 players, while one failed to sign a single player (no prizes for guessing who that was).

Here’s our verdict on each club’s transfer dealings.

The Gunners made some important additions to their squad. Unai Emery will be the man in the dugout, and he was quick to address Arsenal’s defense in the transfer window, signing Sokratis and Stephan Lichsteiner to provide some competition. Bernd Leno will also battle for the starting goalkeeper position along with Petr Cech.

Their best signing is undoubtedly Lucas Torreira, the Uruguayan holding midfielder who will add some extra bite and energy to the midfield. A solid window that filled in key areas that needed improvement.

For a club that was struggling financially a number of years ago, they have now gone and spent over $20m on a player in Jefferson Lerma. They brought in three players: Lerma, David Brooks and Diego Rico. It isn’t a transfer window that makes you go “Wow! They signed him?” but it will add a little bit of quality to a side that lacks some flair.

Chris Hughton has brought in a load of players, but a number of those are youngsters who will ply their trade for Brighton’s U23 side and hopefully break through into the first team in years to come. Alireza Jahanbakhsh is the marquee signing for Brighton. The Iranian winger will be expected to deliver for his new side as they try and maintain their Premier League status.

Three players of note have made the move to Turf Moor: Ben Gibson, Joe Hart and Matej Vydra.

If Burnley plan on making a deep run in the Europa League, they really should have made more signings. Joe Hart comes in as Tom Heaton and Nick Pope are both out injured, and Matej Vydra comes in to help take the burden off of Chris Wood’s shoulders for scoring goals. They are good players, but Burnley simply needed more depth to be competitive in both the Europa League (should they make the group stages) and the Premier League.

Cardiff already has arguably the worst squad in the Premier League, and to be quite honest, these signings haven’t done much to alleviate that. Before Bobby Reid’s last season with Bristol City, he had never scored more than 10 goals in a season. Neil Warnock will be hoping that he carries over his goals into the Premier League. Cardiff’s signings just don’t scream EPL quality.

Players Out: Thibaut Courtois (no, we’re not going to list every single player that Chelsea loaned out because we’d be here all day).

The Blues only made four signings, but they will all be vitally important this season. OK, maybe that’s being a bit kind to Rob Green. But Jorginho will be vital to new coach Maurizio Sarri for implementing his style of play, and Kepa is a top replacement for Thibaut Courtois. They also managed to keep Eden Hazard at Stamford Bridge, and that might have been the best piece of business that Chelsea did all summer.

Keeping hold of Wilfried Zaha was their number one priority. They did that, and added some strong players to their midfield in Max Meyer and Cheikhou Kouyate. Meyer is a very exciting addition, not just because he was available for free, but because he is a highly rated German midfielder who can pick a pass from anywhere. Palace could have improved their defence though, and that could be highlighted as an area for major concern in their opening matches.

Marco Silva has been a busy, busy man in this transfer window. He has made some very important signings, and most of them will slot straight into the starting lineup. Richarlison is the most divisive one out of the lot. A lot of money for a young player who didn’t score a goal in the Premier League after November. But just take a look at this potential lineup and try not to be jealous.

A look at how Everton could line up this season...#DeadlineDay #EFC #bbcfootball pic.twitter.com/NNrh6EH8Zf

They won the “richest game in football,” and have been spending just about every cent of their winnings. Mitrovic rejoins the Cottagers after his loan spell at the club last season, while Calum Chambers, Jean Michaël Seri and André Schürrle all join among a raft of others. On paper, it looks like the perfect transfer window. Everyone will be interested to see if they can back it up on the pitch this season.

If there was ever a transfer window that could be described using the word “meh,” this would be it. Their big signing is Terence Kongolo, who rejoins the club on a permanent deal from AS Monaco after playing on loan for the Terriers last season. Sadly, none of these signings seem like they will be able to save the club from relegation. But who knows, I could be eating my words come May 2019.

They lost Riyad Mahrez to Manchester City, but that transfer had been coming for a while. However, Leicester manager Claude Puel has strengthened his side in the transfer window, with English young gun James Maddison arriving from Norwich City. They also managed to fend off Manchester United’s interest in Harry Maguire after a standout performance at the World Cup. A great window for the Foxes.

Our new Reds at Anfield pic.twitter.com/yPFR9ac25V

This might be a little harsh on Liverpool. They signed players that they truly needed. Karius and Mignolet are both prone to errors, so bringing in Alisson from Roma was a must. Shaqiri will be a very good option off the bench and for cup matches too, allowing Salah or Mane to be rested in order to keep them fresh. Keita and Fabinho arrive to add even more strength to the midfield.

The only qualm I had with Liverpool’s transfer dealings was that they haven’t really replaced Coutinho with a proper attacking midfielder.

The only signing that will get any game time is Riyad Mahrez. But, he will be important for Guardiola’s side as he provides another option off the bench and will allow Bernardo Silva to play in a more central role as opposed to playing on the wing. Other than that, City didn’t really need to sign anyone. They haven’t done anything wrong here.

They got all of their business done early but seemed very desperate towards the end. And that is putting it nicely. Fred and Dalot just don’t seem like signings to get very excited about, and United really needed to improve on its defence. Something just seems off with Manchester United right now.

Rafa Benitez made it very well known that he needed to strengthen his squad or else it would be a long season ahead. Attacking reinforcements arrive in Yoshinori Muto and Salómón Rondon, but will they be able to do enough to fire Newcastle up the table? Who knows. Something tells me that not many of these signings were on Benitez’s wish list, but he has to work with the cards he is dealt with and there aren’t many other managers equipped to do that.

Losing Dusan Tadic is a big blow to the Saints, but Elyounoussi is more than an able replacement. Southampton does have a good squad, but they need the right management to take them forward. Angus Gunn is a very underrated signing, as he impressed last season at Norwich City. It’s a solid but unspectacular window for Mark Hughes.

I want to give them an F, but signing Harry Kane to a new contract bumps them up a grade. Other than that, in the words of Jose Mourinho, “I have nothing to say. Nothing. Nothing to say.”

Gerard Deulofeu links up with the Hornets on a permanent basis as well as West Ham’s young star Domingos Quina. Apart from that, Watford didn’t do a whole lot and it seems that they are destined to go down. It’s gonna be a long season for Watford fans I’m afraid.

Any @WestHamUtd fans follow me? How hyped are you for this season?

Manuel Pellegrini is a BALLER. All the new signings. Hope you guys have a good season, would be sick to see! pic.twitter.com/hJXjPhRRBk

All anyone can say about their transfer window is wow. West Ham have strengthened all over the field, including Lukasz Fabianski, who is arguably the most underrated goalkeeper in the Premier League. A midfield of Felipe Anderson and Jack Wilshere is the stuff of dreams, and Lucas Pérez from Arsenal is an absolute steal. Manuel Pellegrini is the right man to lead this team as well. If you’re a Hammers fan, it’s time to get excited.

Wolves have literally bought an entire starting eleven in this transfer window. Some of their transfers are just permanent deals for players that were on loan last season. The Portuguese revolution of Wolves continued with Rui Patricio and João Moutinho coming to the club, as well as highly rated players in Adama Traoré and Leander Dendoncker. But beware of the curse of signing too many players in one transfer window.