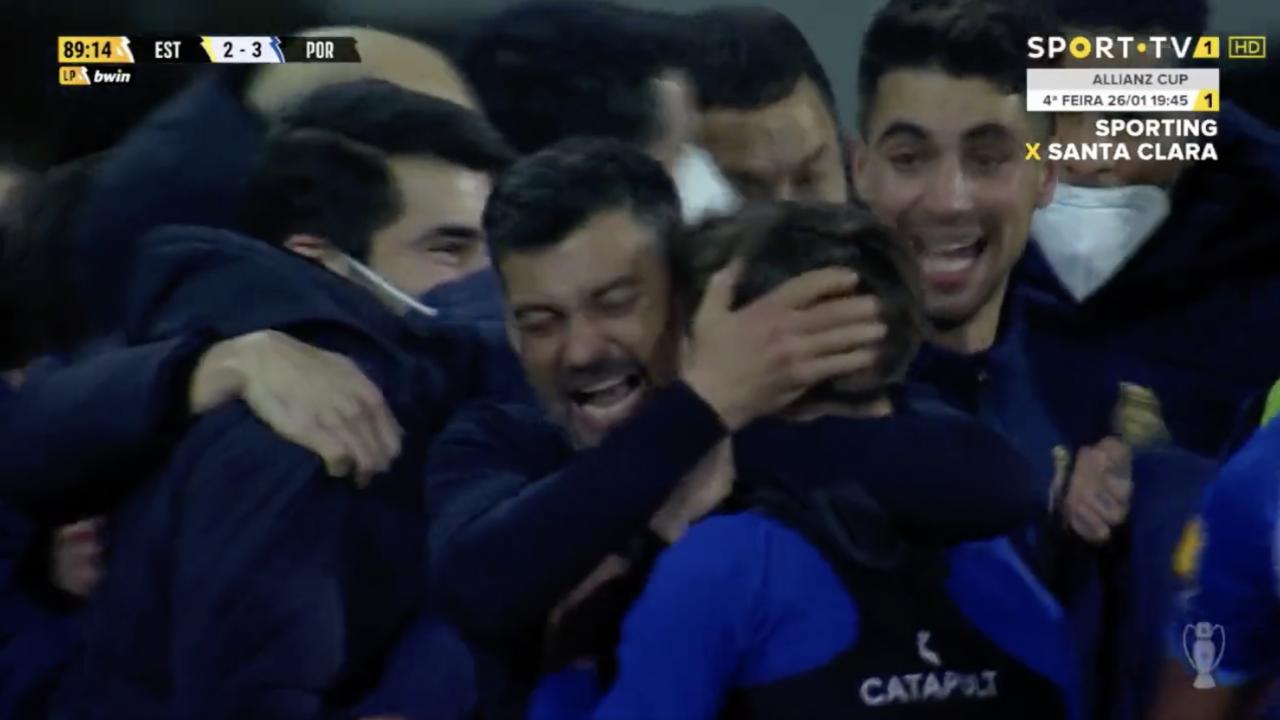 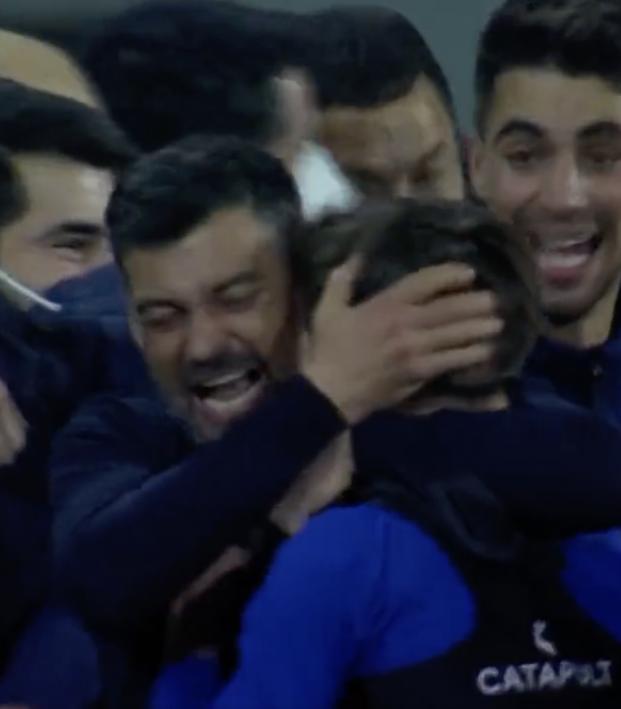 Porto Manager Brings On 19-Year-Old Son In 87th Minute. He Scores Game-Winner In The 89th

After Sporting lost 3-2 to Santa Clara on Friday, Porto was presented an opportunity to open up a lead at the top of the Primeira Liga with a positive result against Estoril Praia on Saturday.

However, Estoril Praia, the league's fifth-place team, stormed to a 2-0 halftime advantage thanks to an André Franco penalty and a wicked deflection on Arthur's shot from the edge of the area.

Porto needed a wild second-half comeback, and Mehdi Taremi got things started in the 49th minute with a close range finish on the rebound. The equalizer wouldn't arrive until the 84th, when Luis Díaz fired a left-footed effort under the keeper at the near post.

But 47-year-old Porto manager Sérgio Conceição wanted all three points, so he quickly made an attacking substitution in the 87th minute: Off came defender Fábio Cardoso, on came the manager's 19-year-old son, forward Francisco Conceição.

The teenager had made 11 previous league appearances this season (totaling 174 minutes) but was still looking for his first goal.

Two minutes after coming on, Conceição got it with an 89th-minute winner that puts Porto three points above Sporting in the table.

His dad gave him a good whooping because nothing says "I'm proud of you" like getting bopped on the nose.

Jesús Corona played 69 minutes at right back before getting replaced by Pepê.