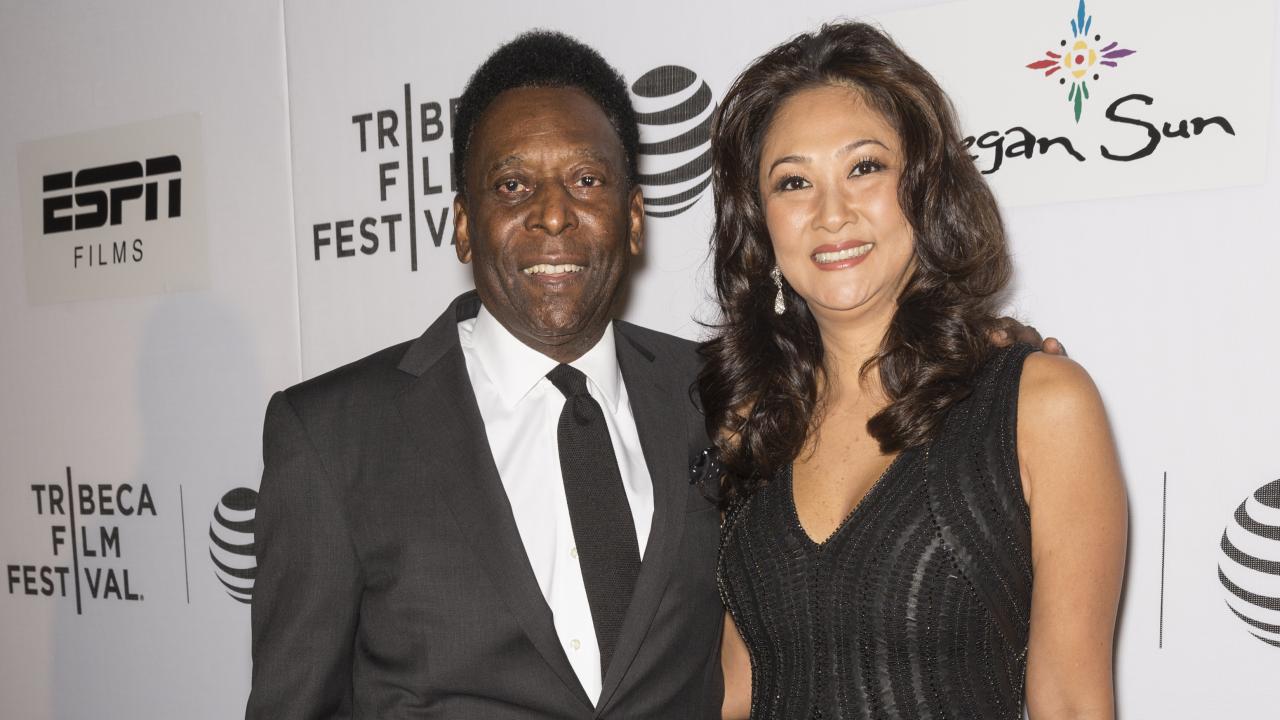 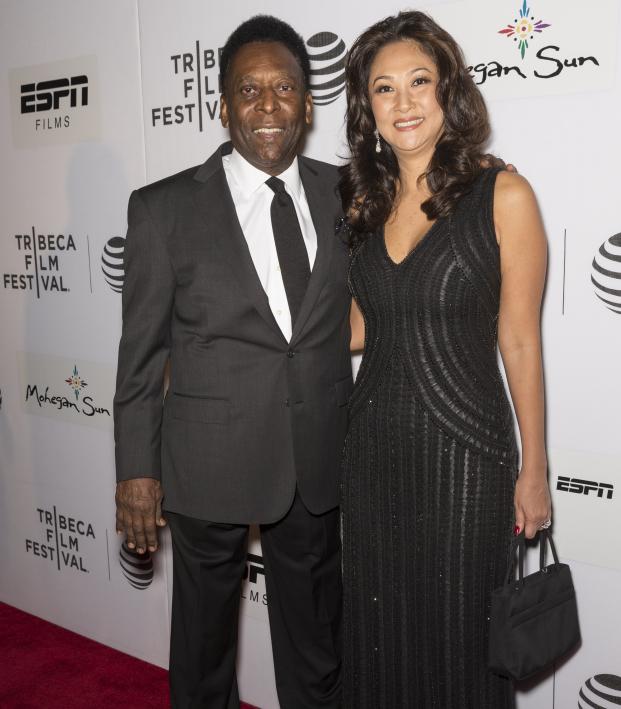 Soccer legend Pelé is widely regarded as the greatest professional footballer who has ever played. With 767 goals from 831 matches, Pelé is the only player in history to have won three World Cups. He has shown the world that anything is possible, which includes finding true love at the age of 75 with Pelé's wife, Marcia Cibele Aoki.

Pelé’s amorous nature has been well documented between his three marriages, numerous reported affairs and many children. Pelé married in 2016 to his current wife, Aoki, who he proclaims is for him, “the real deal.” We hope the greatest goal scorer of all time has finally found lasting love with Marcia.

Let’s look back at Pelé's wife and past relationships.

Pelé's Wife, Past Wives And Past Relationships

In 1964 before Pelé was ever married, he had a love affair with a housemaid named Anizia Machado, which he denied for decades. The love affair was a scandal for the star because a baby girl was conceived from their relationship. Her name was Sandra Regina Machado and she fought in court for years to receive the acknowledgment from her father that she was his daughter.

Pelé refused to submit DNA to the court, but after five years he finally complied and in 1993 it was determined that Sandra was indeed his daughter. Pelé appealed this ruling, but again in 1996, it was declared that Pelé and Sandra were related.

In 1998, Sandra wrote a book that depicted her effort in proving Pelé was her father and told the story her mother had told her about the love affair between her and the soccer phenomenon. The book was titled "The Daughter the King Did Not Want." Along with writing a book, Sandra held a position in the port of Santos' city council and was in her second term when she passed away at age 42 years old. She was diagnosed with breast cancer and it is unclear how long she was fighting the disease, but it took her life in 2006. Pelé did not attend the funeral but did send a wreath "in the name of the family."

Pelé and his wife Rosemeri arriving in London in 1973 to play a friendly match between Fulham and Santos. #ffc pic.twitter.com/6zPeVgAeI1

Legendary Brazilian footballer Pele with his wife, Rosemeri. They divorced in 1982 after 16 years of marriage pic.twitter.com/sD6suTWWus

Pelé married his first wife Rosemeri in 1966 and was married to her for 16 years. The couple divorced in 1982 after having three children together. Their first daughter, Kelly Cristina, was born in 1967 and is currently 51 years old. They then had their first and only son together, Edson, who was born in 1970 and is now 47 years old. Their third child, Jennifer, was born years later in 1978.

Pelé and Rosemeri had many marital issues and Pelé had extramarital affairs throughout their marriage. Pelé moved his family from Brazil to New York in 1975 and Rosemeri and he quickly separated. Kelly, Edson and Jennifer have reported that after the move their father was barely in their lives.

Edson played basketball, baseball and football during his time in America, but did attempt to follow in his father's footsteps and began playing as goalkeeper for Santos in 1990. In 2014, he was convicted to 33 years in prison for money laundering and drug trafficking. The charges were later reduced to 13 years. Pelé has managed to disinvolve himself with the case in any way.

Flavia Nascimento Pele's daughter out of wedlock is still connected to Pele and son Edhino pic.twitter.com/jxw3UrU43l

Lenita was the first known extramarital affair Pelé had during his marriage with Rosemeri. Lenita was a Brazilian sports journalist who Pelé met while on the sidelines of practices and games. The couple had a daughter in 1968 named Flávia and she was acknowledged by Pelé as his daughter.

brb just doing a google image search of pele and xuxa together pic.twitter.com/khkZ88x35U

Pelé's second known extramarital affair was with Brazilian TV personality Xuxa Meneghel and began in 1981. Pelé used his status to help launch her career when she was at the young age of 17 and he was 41. The two stayed together until after Pelé and Rosemeri divorced, but eventually split things off in 1968. The couple did not have any children together.

Assíria Nascimento is a psychologist and gospel singer who was Pelé's second wife. Assíria and Pelé were together from 1994 until 2008 and had two children together, twins Joshua and Celeste, who turned 21 years old in September of 2017.

No known affairs ever occurred during Assíria and Pelé's marriage.

During Pelé's time playing with the New York Cosmos, he attended many parties in the Big Apple. At one of these parties, he met Marcia Cibele Aoki, a Japanese-Brazilian importer of medical equipment. The two hit it off but parted ways for almost three decades.

In 2008 they ran into each other in an elevator and discovered they lived on the same block. They remembered each other instantly and sparks began flying. Pelé and Marcia began dating in 2010 and were married in 2016.

Although the 25-year-age difference between them has been criticized, there is no doubt that the 75-year-old has been given another shot at love and the third time can truly be a charm.