Everton Fan Fucks Around And Finds Out With Patrick Vieira 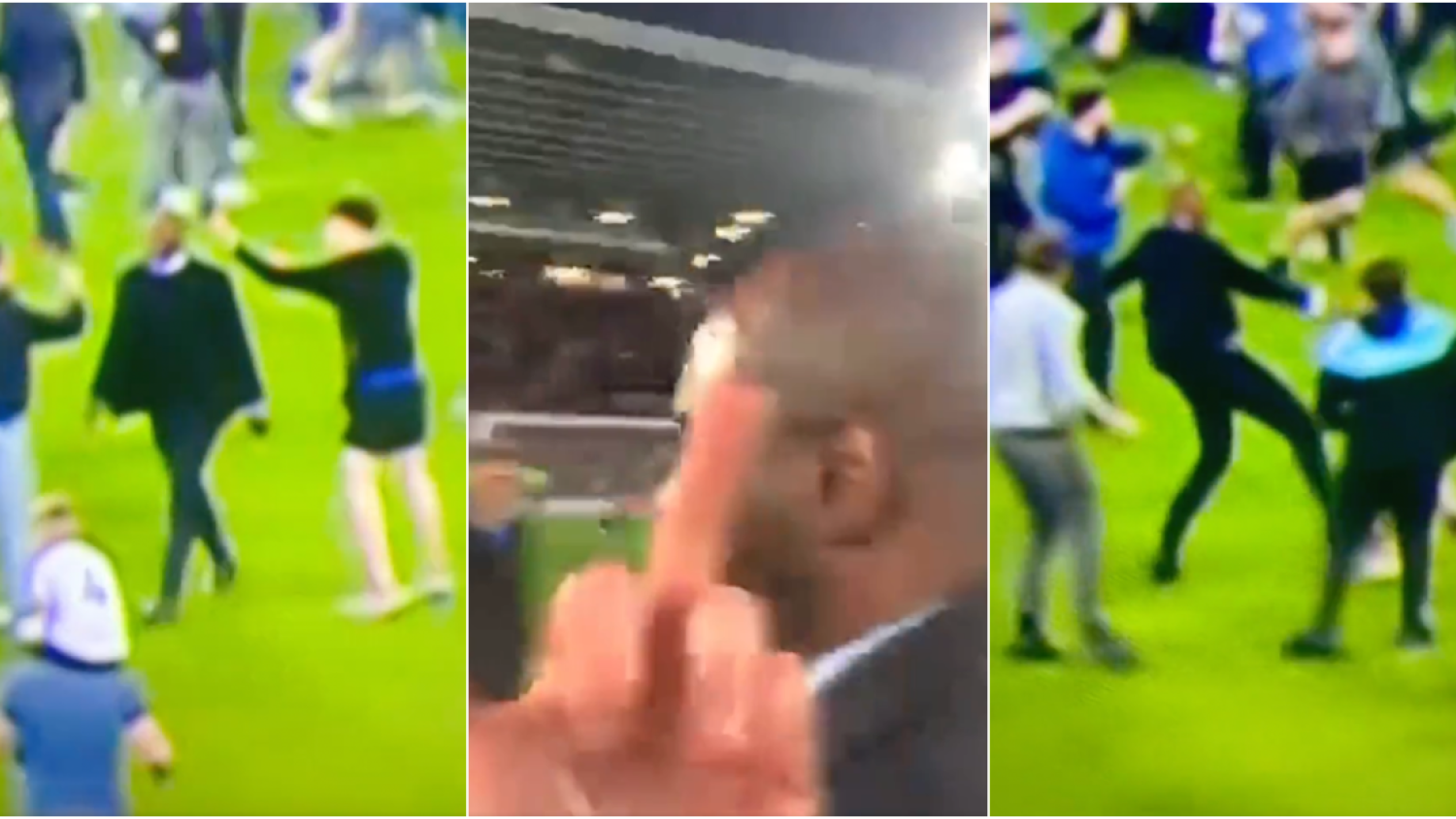 Patrick Vieira kicked an Everton fan who thought it would be a great idea to taunt one of the Premier League’s greatest enforcers.
Twitter

Fuck around and find out.

Be a drunken imbecile, get wrecked by Patrick Vieira.

During his playing days, few dared mess with Patrick Vieira, a 6-4 midfielder who commanded the middle of the park with power and grace. Now a manager, apparently some fans think he’s fair game.

After Everton’s remarkable come-from-behind 3-2 victory over Vieira’s Crystal Palace, fans invaded the Goodison Park pitch like it belonged to them. While most of the supporters were simply reveling in the Toffees securing survival to remain in the Premier League, there were a few idiots in the crowd.

One such clown decided to taunt Patrick Vieira, running up to the coach and sticking a middle finger in his face.

Vieira was in no mood to take that shit and turned around to commit violence on the stooge.

Vieira knocked the buffoon to the ground and wanted to go in for more before wisely realizing he best not start something while surrounded by Everton fans. Sure, he probably could’ve taken 20 or so Toffees supporters, but at what cost?

Amazingly, the asshat who taunted Vieira was filming the whole thing. Here’s the first-person view of the dude fucking around and finding out. This video shows just how much of a douchebag this fan is as he screamed obscenities at a man who has accomplished more with his right foot than the doofus will ever dream of accomplishing.

Based on this view Vieira showed incredible restraint. I never condone violence, but if there were ever a reason to condone it, it would be for Vieira to put that idiot in his place.