An American Great Looks Back: Landon Donovan Talks About Moments That Defined His Career 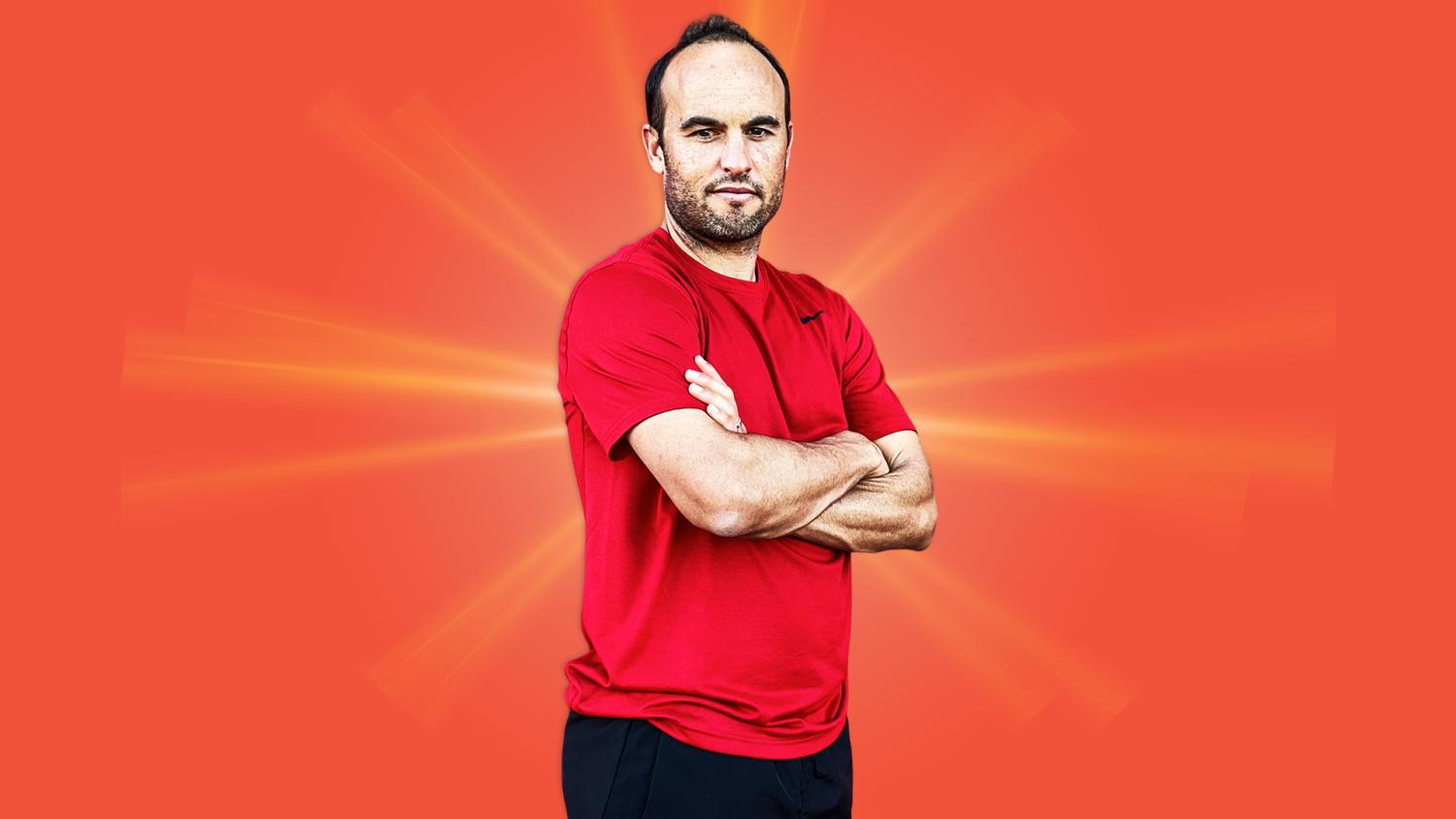 Yep, the goal against Algeria is one of them.
The18

Landon Donovan is royalty in U.S. Soccer. His career is full of moments that inspired many to follow in his footsteps and keep writing history for the Stars and Stripes.

When you sit next to him, you can feel the greatness he embodies, but you also can hear the voice of a man who chased his dreams until they were fulfilled.

And how did it start?

“I have a half-brother who is five years older, and he loved playing soccer,” Donovan says. “At that time, nobody played soccer, so I have no idea why he played, but thankfully he did. From the minute I could start walking, he was trying to play with me.”

It was the same brother who introduced him to one of his favorite snacks after kicking the ball for a few hours.

“Almost every day, when we would come in from playing outside, he wanted peanut butter with celery, and I would never try it because I thought it was disgusting,” Donovan says. “And then I tried it, and it was amazing.”

In those early years, not everything was fun. It was his mom who taught him a couple of necessary lessons.

“I was bad; I was hyperactive and had some issues as a young kid,” Donovan remembers. “When I was five or six, I played on my first AYSO (American Youth Soccer Organization) team, and my best friend, who lived across the street, also played, but he played on another team. And I remember, I got in trouble at school one week, and my mom said I couldn’t play the game that weekend, … and we were playing my best friend’s team. It was the one game I was looking forward to all year. Not only did she not let me play, she took me to the field and made me sit and watch.”

Donovan admits what happened that day resonated through his whole career.

“It actually gives me goosebumps thinking about it because any time I got benched as a pro or didn’t get to play or I had to sit and watch, it triggered that for me,” he says.

However, his hyperactivity was not the only obstacle in Donovan’s path. Once as a teenager, he had to work physically and mentally to overcome the doubts that clouded his head.

“I was a pretty talented player up until I was 13 or 14, but I was really small; I’m still small, but even smaller,” he jokes. “I went through puberty and grew into my body and became stronger and more athletic, and right around that time is when I got convinced to try out for the ODP (Olympic Development Program).”

From then on, the path was clear.

Of course, as a professional player, Donovan had to face other challenges. One of those shook his confidence and made him go on a deep trip of self-exploration. He doesn’t hesitate to call it the toughest moment in his career.

It happened during the 2006 World Cup.

“I thought I would just walk through it and it would be a cakewalk and I would play well,” Donovan recalls. But reality checked in. “Coming back from that and having to look inside and be honest with me was really hard because I felt like I let down. ... (After a pause) When you play (poorly) in a World Cup, you’re letting down yourself, which for most athletes is hard. You feel like you’re letting down your family, but in a World Cup, you feel like you’re letting your country down and that can be really heavy.”

However, the experience was not in vain.

“I was really disappointed in that and that was a big learning experience for me, but, from it, I became a much better player,” he says.

Speaking of learning, Donovan also highlights how he learned to balance his diet over the years.

“What I learned over time was that a meal three or four hours before a game was very important, but equally as important was what I was putting in my body 30 minutes before the game, at halftime during the game if I could.”

One of his favorite choices?

“Eating a piece of bread with peanut butter, banana and honey was like a pre-game meal sometimes,” Donovan says.

After a few minutes, the conversation inevitably goes to one of the most iconic moments in USMNT history: his goal in injury time against Algeria in the 2010 World Cup.

“It’s cool at this point in my life where I can also look back and appreciate it, but then hearing people’s stories of what it meant for them or their family or where they were watching or what joy it brought them, that’s really cool and that’s the beauty of sports, that it provides something that nothing else does in our lives,” Donovan says.

Donovan’s only regret from that day is not having kept the ball.

“After the game, right at the end of the game, we have the ball and we’re keeping it in the corner and wasting time,” Donovan recalls. “I grabbed the ball when the ref blew the whistle and I punt it into the stands. Which, in retrospect, is the dumbest thing. Baseball players catch the final out, and they put it in their back pocket and they’re like, you ain’t getting nothing, that’s mine.”

A few years later, though, he saw the same ball again. He was playing with the LA Galaxy when someone from the staff introduced him to some fans who were present at the Algeria game.

“So, they walk out and they have this ball, and they’re like, we caught the ball that you kicked,” Donovan says. “I was like, no (expletive) way, amazing. They had caught the ball and I signed it.”

Despite the importance, the goal against Algeria is not Donovan's favorite moment in his career.

“At the beginning of my career, I would have said scoring in a World Cup, playing in my first World Cup match, things like that,” Donovan says. “But at the end of my career, the moments that resonated the most were of winning championships. Celebrating with a group of 20, 25 players, plus a bunch of staff who were together for a year that made something happen is so unique. There's nothing like it in life, so having that opportunity to experience that, actually, a lot of times, fortunately for me, are the ones that feel the most special.”