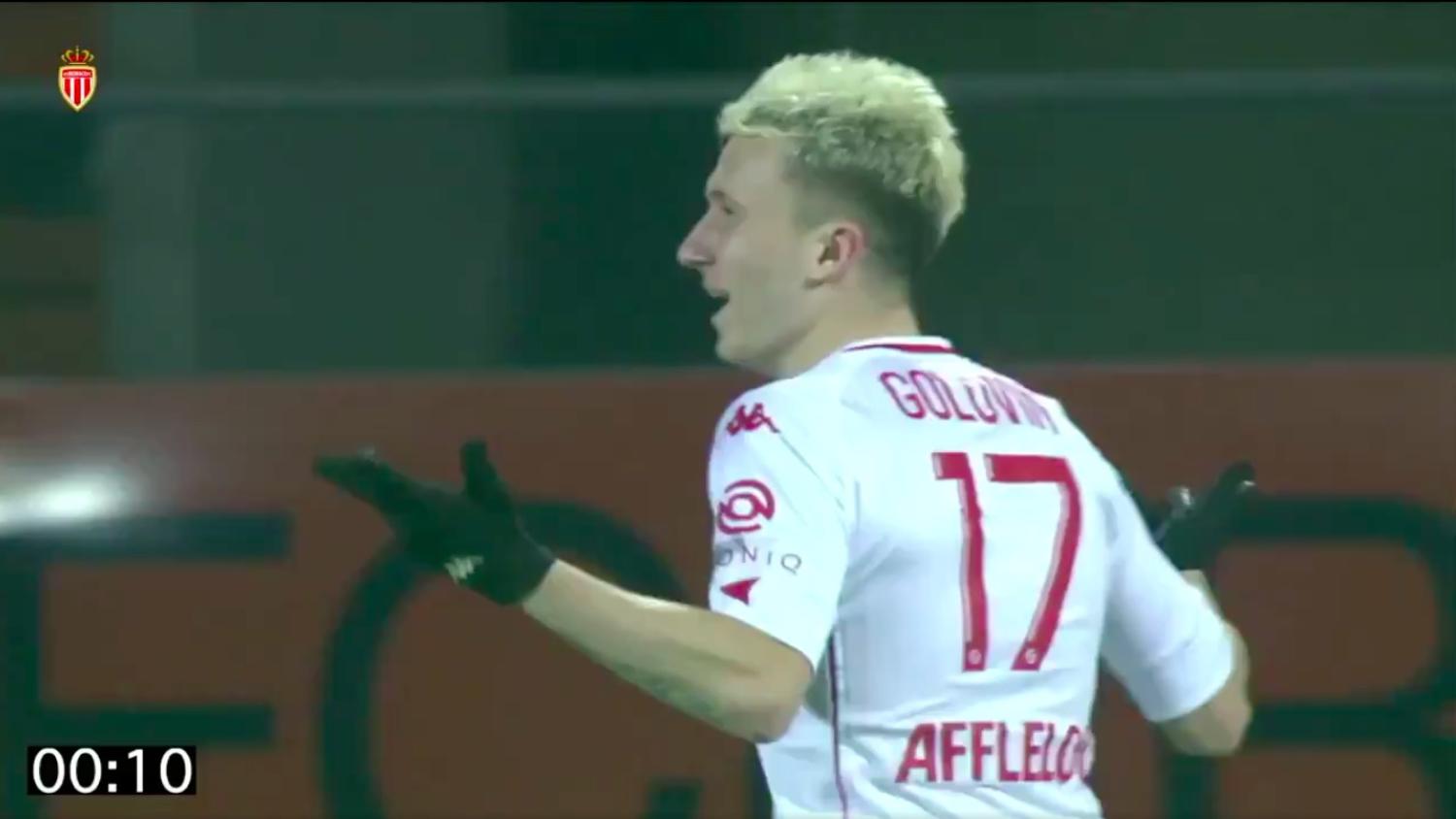 Aleksandr Golovin made his manager appear to have 9000 IQ.
@AS_Monaco_EN | Twitter

AS Monaco midfielder Aleksandr Golovin almost scored the fastest substitute goal that the sport of soccer has ever seen.

During Wednesday’s Ligue 1 match between Monaco and Lorient, Golovin was substituted onto the field in the 64th minute with the score tied a 1-1. It was the Russian’s first appearance for Monaco since Aug. 30 after suffering a severe hamstring injury. He would score in the 64th minute.

It took Golovin all of 10 SECONDS to find the back of the net and give Monaco the lead. Talk about instant impact.

Monaco went on to claim a 5-2 victory. Niko Kovac, Monaco’s manager, said the Golovin substitution was “the best change I have ever made in my life.”

Golovin’s goal was the quickest from a substitute in Ligue 1 in over 13 years.

10 - Aleksandr Golovin has scored 10 seconds after coming off the bench, the fastest goal for a substitute in Ligue 1 since 20 October 2007 (Ireneusz Jelen against... Lorient). Flash . #FCLASM pic.twitter.com/hwYMHu3q4p

How does Golovin’s ten-second tear compare to some of the other fastest substitute goals in soccer?

Golovin would hold third place in the Premier League.

Sammy Ameobi only needed eight seconds to score against Tottenham after coming on as a second half substitute during the 2014-15 season for Newcastle.

According to The Guinness World Records, the fastest substitute goal in the Premier League belongs to Nicklas Bendtner back in Dec. 2007 against… Tottenham.

It was the fastest goal ever by a #PL substitute.

The goal kept Arsenal top & left Spurs without a win against their arch rivals in 8 years.pic.twitter.com/goF6F2LWZ3