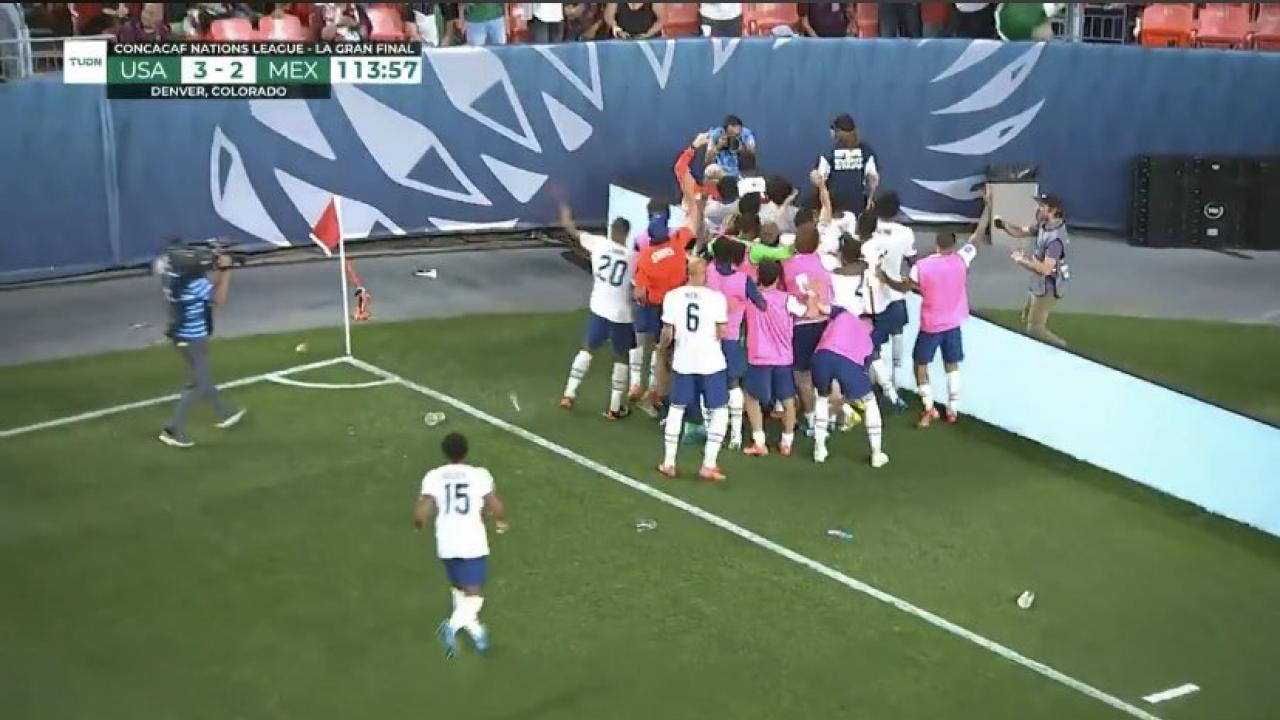 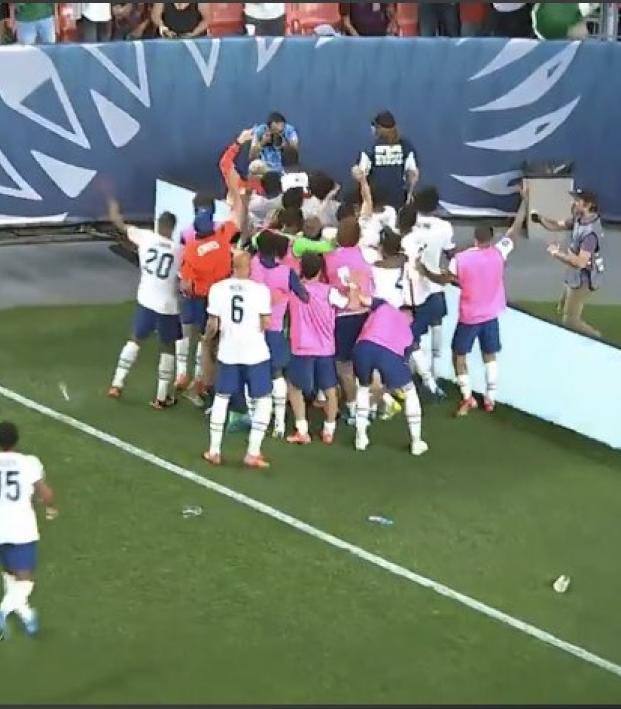 Mexico's Bottle-Throwing Shenanigans Are Nothing New, But The Instant Karma Never Gets Old

If there's one takeaway from last night's CONCACAF Nations League final, it's that the USMNT vs. Mexico rivalry is alive and well.

The match also had one feature that should not be part of any rivalry: fans throwing various objects at players on the field.

Mexico vs USA is all bad blood on the pitch

MEXICO FANS HIT THEIR OWN PLAYER IN THE HEAD WITH A BOTTLE  pic.twitter.com/0t1cnaPHVn

But this type of behavior is nothing new for Mexico fans.

Back in the 2015 Gold Cup, Mexico faced off against Trinidad & Tobago in the final match of the group stage. With both teams already through to the knockout round, many fans were already looking ahead to the quarterfinals, but the contest at Chicago's Soldier Field turned out to be one of the best Gold Cup matches of all time.

Mexico took a 2-0 lead, but three Trinidad goals within a 12-minute span in the second half gave the small Caribbean nation the lead. Mexico fired back; Andrés Guardado equalized in the 88th minute, and then a Kenwyne Jones own goal in the 90th minute gave El Tri a 4-3 advantage.

The climax of the match then came in the 93rd minute. With less than 15 seconds of injury time remaining, Trinidadian winger Joevin Jones stepped up to take a corner kick, only to be pelted by large pieces of trash from the Mexican supporters.

With large cups and water bottles — some not quite empty — landing all around him, Jones stepped up and delivered a perfect out-swinging corner that was headed home by center back Yohance Marshall to tie the score at four goals apiece.

It was the ultimate example of immediate karma following the disgraceful behavior from El Tri supporters.

Sunday's match between the U.S. and Mexico didn't quite follow the same harmonic order of karmic events, as the bottle-throwing occurred after Pulisic powered home his winning penalty in extra time.

But with the final whistle coming just minutes after the projectile-launching, justice was once again swiftly served against Mexico.

CONCACAF can make as many rules or execute as harsh of punishments as it likes, but sometimes the best justice comes on the field.