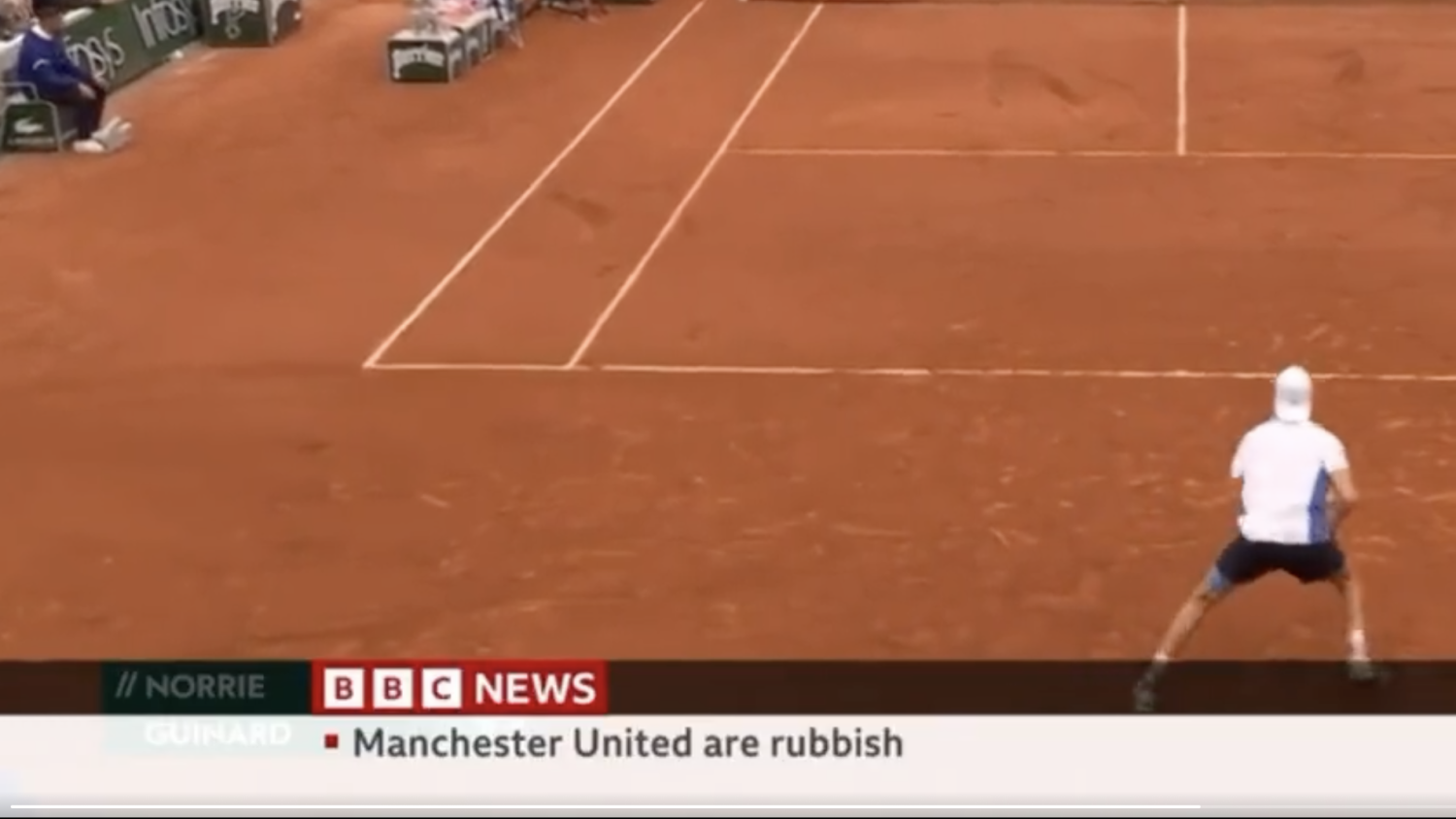 I personally liked the weather report that followed.
@scottygb | Twitter

Plenty of people can relate to making a mistake their first day on the job. It’s a common occurrence. Not many people can say that on their first day they insulted one of the country’s biggest sports fan bases by running a headline that was never meant to be seen.

Someone did that on Tuesday when a BBC headline insulting Manchester United casually calling the club “rubbish” ran on live television.

Errrr… what is going on with the BBC News ticker? pic.twitter.com/fofbiGyMfs

In all fairness, no one can call out “Fake News!” against the BBC because they’re spot-on in their reporting. Manchester United was abysmal this season and didn’t even finish with a positive goal difference. "Rubbish" might be putting things too nicely.

A season to forget for Manchester United:

In a world of professionalism and credibility the BBC had to cover their asses and came out with an apology.

They say that a trainee was learning how to write text for the ticker and accidentally published them onto the BBC News Channel. pic.twitter.com/OkjPIkJAoo

The BBC should’ve just doubled down on the mistake.

“Some of you may have noticed something unusual on the ticker making a comment about Manchester United and we just want to say we’re absolutely correct in our reports. That pathetic club might have been relegated if Cristiano Ronaldo didn’t save their asses repeatedly. As for the weather you can keep expecting rain until the end of time because that’s how we roll in Britain,” is what I wished the BBC would have said.

I hope the person who made the mistake doesn’t feel too humiliated. If anything, that mistake made a bunch of people’s days, made us laugh and gave me something to write about today.

If the person who made that mistake is reading this, please reach out to me because I would love to hear what your thoughts were.