Cigars, Broken Tables And Inspiring Speeches — No One Celebrates Like Zlatan 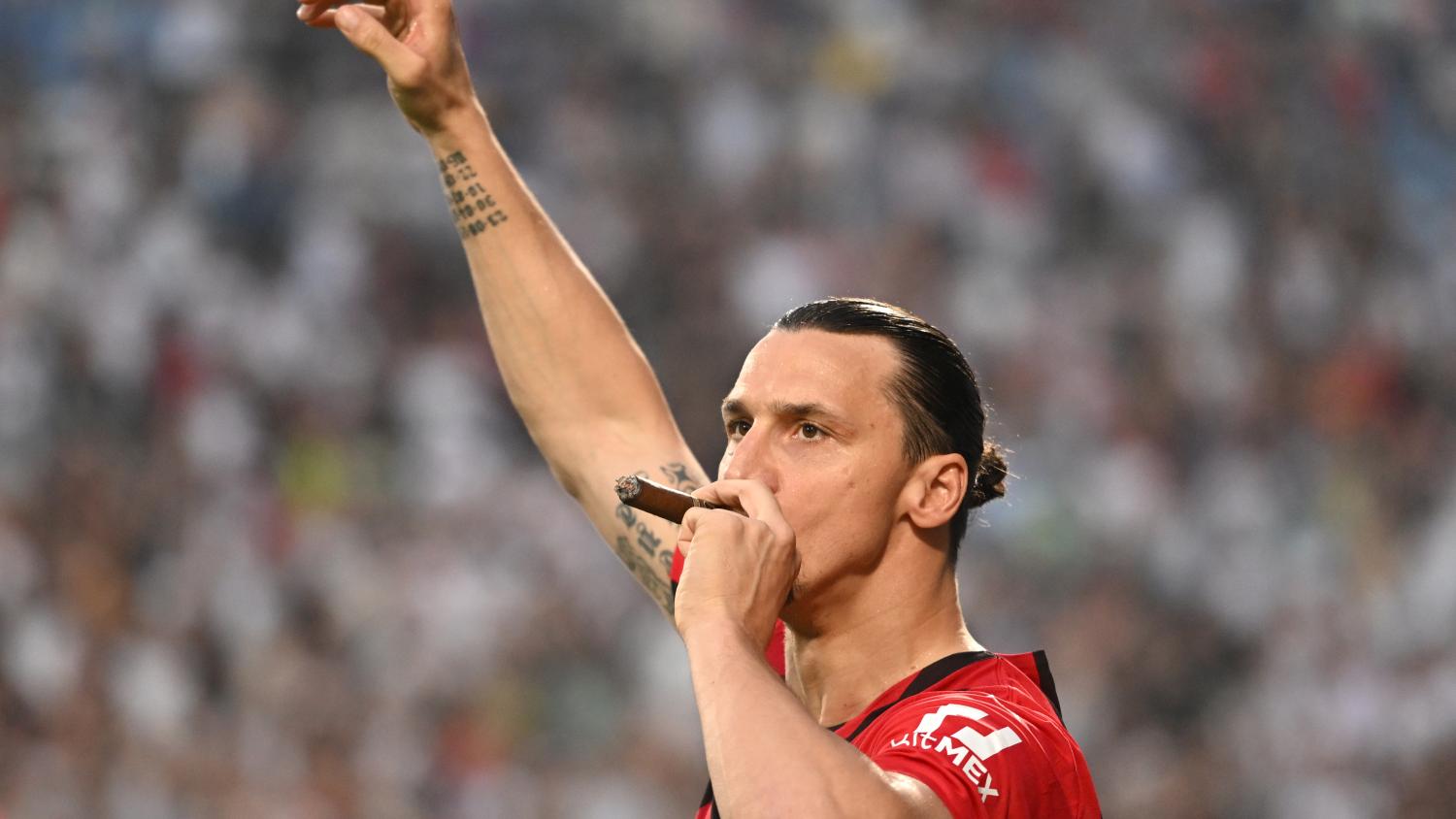 Zlatan Ibrahimović delivered AC Milan a Scudetto and enjoyed every second of it.
Getty Images

Zlatan Ibrahimović is pompous, egotistical and arrogant. He’s also mostly good-natured, but you don’t want to piss him off. When he’s happy though? No one celebrates like Zlatan.

Ibrahimović brought the Scudetto to AC Milan on Sunday, just as he promised after joining the club. It was the Rossoneri’s first league title since 2011, during Zlatan’s first stint with the club.

Never one to let anyone forget how great he is, Ibra celebrated the title like it was all his doing, smoking cigars, giving inspirational speeches and even breaking a table on Sunday.

For Ibrahimović, the celebrations started as soon as he came on as a sub for Olivier Giroud, who scored the first of three goals in AC Milan’s 3-0 win over Sassuolo to secure the Serie A crown.

After the match, Zlatan gave an inspiring speech to the team. At 40, he’s the old man of a group with an average age of just under 26. The Swede showed he can be a motivating leader.

But did he really need to break that table?

I’m sure Zlatan can pay Sassuolo to replace the table, or maybe just buy them PS5s.

Before the iconic trophy lift, the team came out one by one. Ibrahimović made his way onto the pitch with a cigar in his mouth and a giant bottle of champagne.

Ibra toss the presumably empty bottle of champagne into the crowd so he could take a nice big puff from his cigar, soaking up every second of the celebration.

Then came the trophy lift.

The Milan celebrations continued into Sunday night and on Monday, when the team held a parade. Zlatan was again front and center, carrying a red-smoke flare.

No one celebrates like Zlatan. And to be fair, he’s got a lot of practice. Sunday’s Scudetto was the 34th trophy of his career.

Just as he promised.

I said I did pic.twitter.com/elMymh4ELb