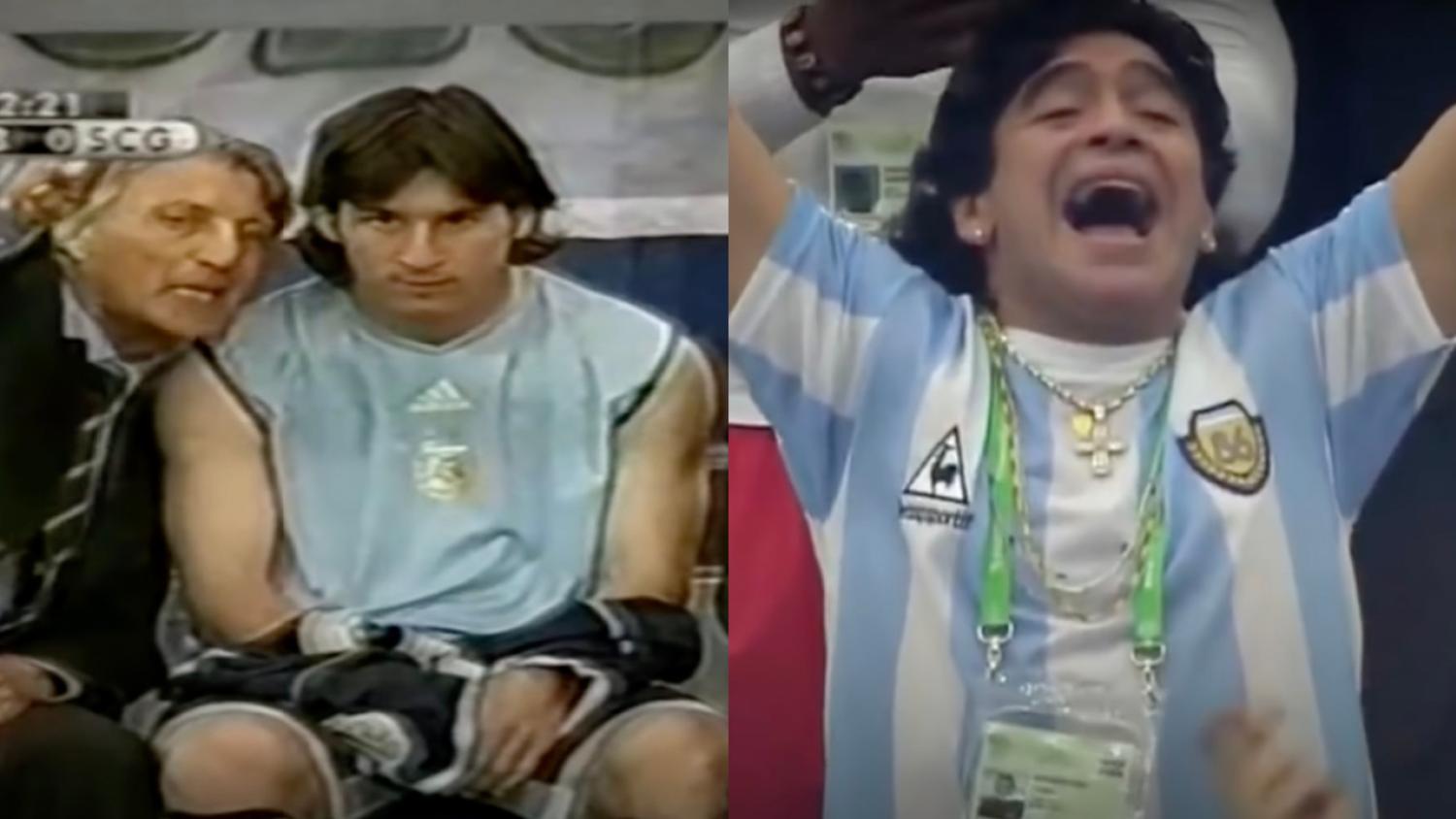 Handed 15 minutes against Serbia and Montenegro, Messi was unplayable.
The18

When Lionel Messi hopped off the bench in the 75th minute of Argentina's 6-0 beatdown of Serbia and Montenegro to make his World Cup debut in 2006, it wasn't as if the world stopped as one to be witness to The Child ordained for greatness.

If anything, the global reaction outside of Argentina and Spain would probably be more adequately captured as "This guy? He's the future of football? He's got nothing on Ryan Babel."

To be fair, this was almost always the reaction to a teenage Messi (Real Madrid's Esteban Granero thought Gerard Piqué was fucking with him). But Maradona, of course, knew better.

On this day in 2006, Lionel Messi played his first ever match at a FIFA World Cup. He was brought on as a substitute and with 15 minutes left, scored and assisted for Argentina. pic.twitter.com/bSgesH5Z2h

There had been whispers about Messi's greatness at Barcelona since he emerged alongside Cesc Fàbregas and Gerard Piqué as part of the club's "Baby Dream Team," but LaLiga was only just coming around to the notion of this undersized wisp of a child being a truly extraordinary footballer after a promising season that included six goals in 17 appearances.

But here he was in Germany, a frail 18-year-old with a mop of hair down to his shoulders, looking like the team's child mascot alongside Hernán Crespo, Juan Román Riquelme, Pablo Aimar, Juan Pablo Sorín and Roberto Ayala.

Take Messi out of the equation entirely and this was probably Argentina's strongest squad — from front to back — of the 21st century so far. Argentine's wanted to see Messi — he'd become a fantasy figure since moving to Barça age 13 — but La Albiceleste took care of the Ivory Coast's golden generation in the opening match and then raced to a 3-0 lead over Serbia and Montenegro inside 41 minutes in Gelsenkirchen.

That lead convinced José Pékerman to finally give Messi his first taste of the World Cup as Argentina's final sub of the evening.

He got 15 minutes on the pitch. In those 15 minutes he created one for Crespo, fashioned a couple other chances and scored one himself. The world went from "the next Maradona? We've heard that before" to "this guy might be even better than Maradona."

Lionel Messi World Cup Debut Vs Serbia And Montenegro In 2006