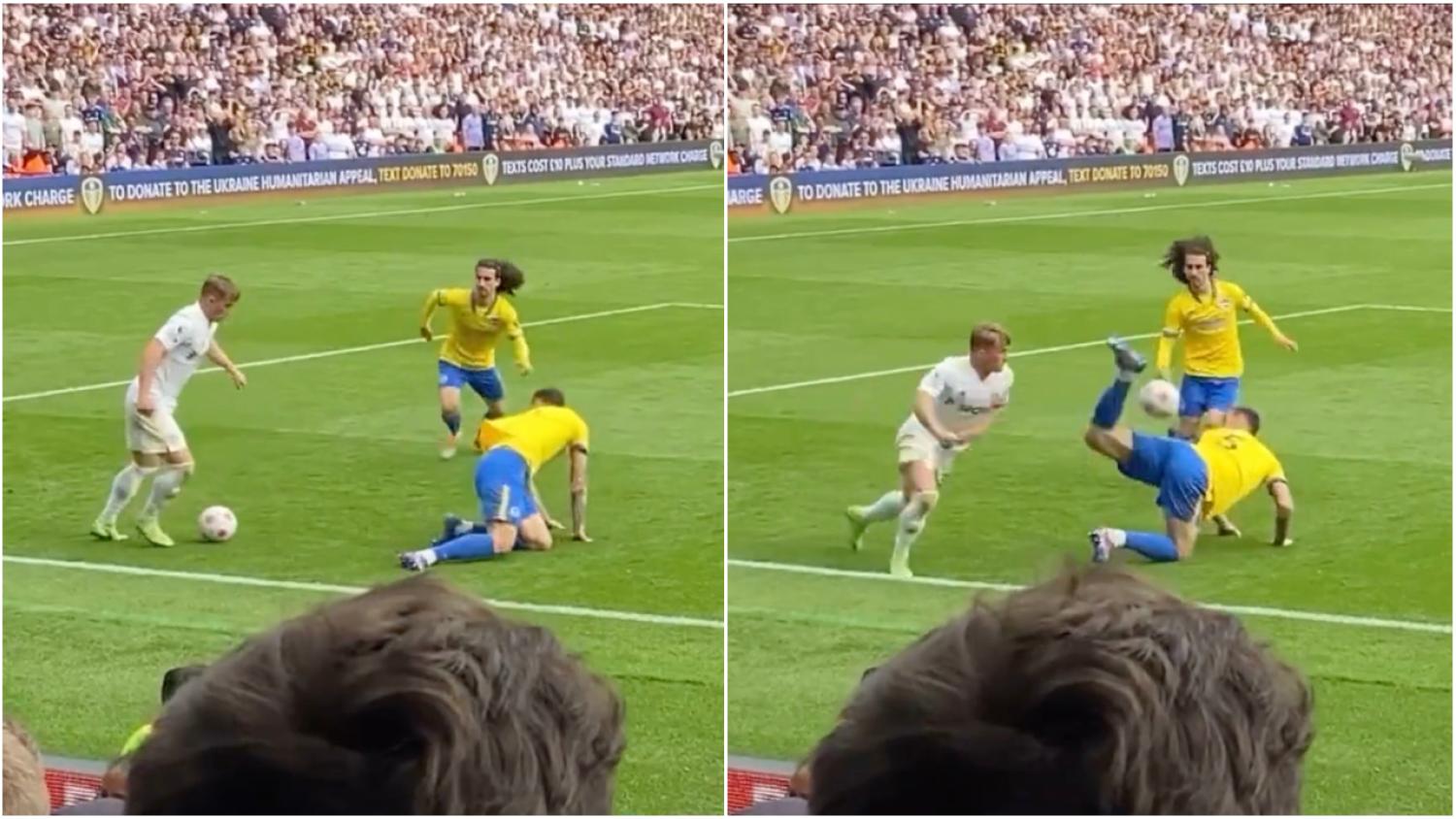 20-year-old Joe Gelhardt is some talent.
The18

The Premier League's relegation battle took another dramatic twist Sunday with Burnley's 1-0 defeat to Tottenham and Leeds United's improbable 1-1 draw against Brighton seeing Jesse Marsch's side climb to the safety of 17th while Burnley fell to 18th.

Elsewhere, Everton came undone at Goodison Park with red cards for both Jarrad Branthwaite and Salomón Rondón to finish with nine men in a 3-2 defeat to Brentford, meaning the Toffees are still right in the thick of it.

Leeds' position, however, is extremely precarious as Marsch's team only has an away trip to Brentford remaining. Burnley, one point behind Leeds, travels to Aston Villa on Thursday and hosts Newcastle on the final matchday. Everton, one point better off than Leeds, hosts Crystal Palace on Thursday before finishing up away to Arsenal.

With the season ending soon, the battle to avoid relegation is intense pic.twitter.com/3PAgRMaunq

Still, Leeds' situation would've been a lot worse if not for Pascal Struijk's 92nd-minute equalizer on Sunday.

Danny Welbeck had given Brighton the lead in the 21st minute with his fifth of the season, but Struijk kept Leeds' survival hopes alive at the death after a brilliant assist from 20-year-old attacker Joe Gelhardt.

Here's another angle on Gelhardt's play.

"Our goal was to get three today but we knew that any points and Burnley not getting any could shift the pressure a little bit the other way," Marsch said. "Burnley still has a match in hand but to fight that way, to stay in the match... I think second half was actually quite good and we were unlucky not to come away with more."

"This is a psychological battle here," he added. "We have to stay strong. We have to show up next week. What you see is we are put in difficult situations and the resolve of our team. We need to be able to show that at the beginning of matches too. It is a fight. It is not easy. Nothing comes easy for us. We seem to dig holes and then have to find a way to dig out. We are ready. We are going to invest everything we have in this last match and see if we can do this."

The goal was a moment of vindication for Marsch after Elland Road had begun chanting Marcelo Bielsa's name with the team trailing, but the American still needs a minor miracle to complete the great escape.