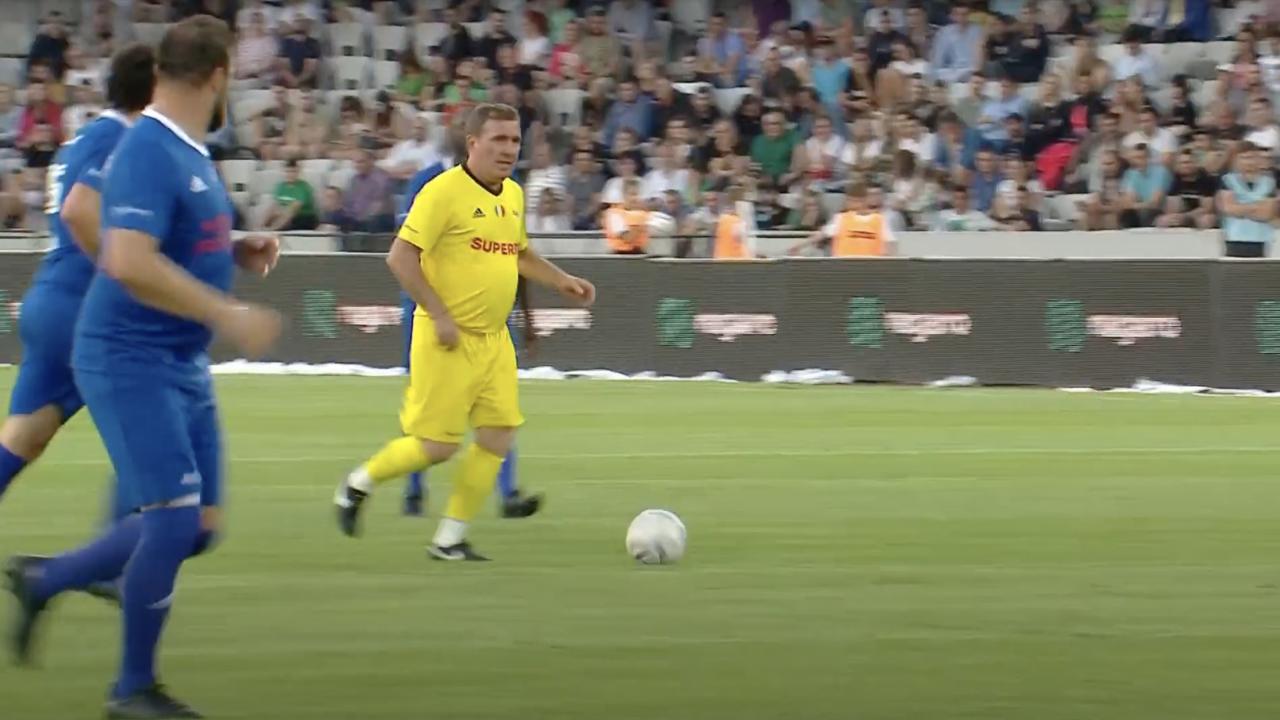 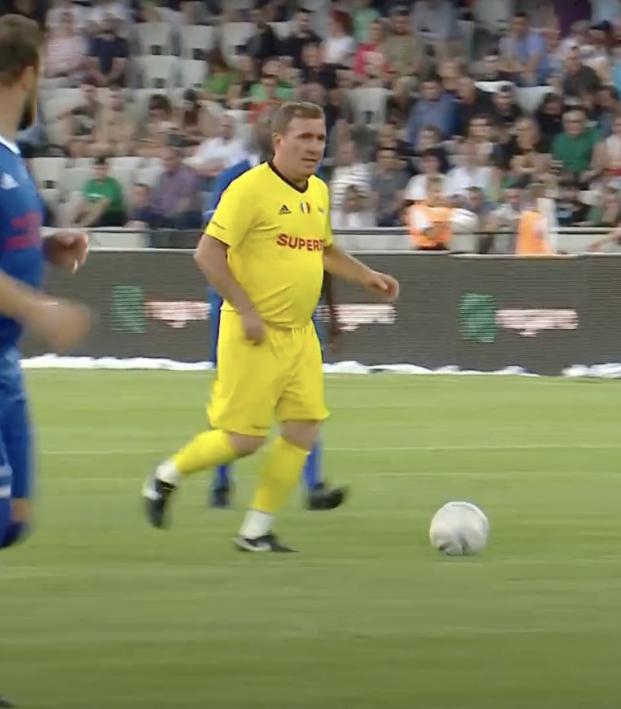 The greatest Romanian footballer of all-time, Gheorghe Hagi, has still got it — the "it" in his case being all-seeing assists that are weighted like californium and the ability to absolutely crack one at the age of 57.

On Sunday at Cluj Arena, a large crowd gathered to salute the career of the country's other favored footballing son, Adrian Mutu, as a Romania Stars team took on a World Stars side coached by Cesare Prandelli.

But everyone was there to see Mutu and Hagi, Romania's joint-leading scorers all time with 35 goals each, operating together in attack while both wearing the No. 10.

Former Chelsea star and Netherlands international Hasselbaink, now 50, opened the scoring on the turn with a curled finish, but Romania responded when Hagi took possession and split the World Stars midfield and defensive line with a ball to Mutu.

The weight on it took it straight into Mutu's path, and the former Fiorentina striker only needed to apply the slightest of touches to put it beyond Sébastien Frey.

Hagi's amazing pass. Mutu's goal. What an assist from 57-year-old Hagi! What a ball! pic.twitter.com/kQAdbthlRs

Hasselbaink restored the World Stars lead minutes later, and then Hagi was denied by the fingertips of Frey from 30 yards out. This is old man strength.

Hagi with a fantastic attempt from long range... pic.twitter.com/JMecwjVtIB

Gilardino made it 3-1 in the second half, but Ionel Ganea pulled two back for Romania for a 3-3 draw.