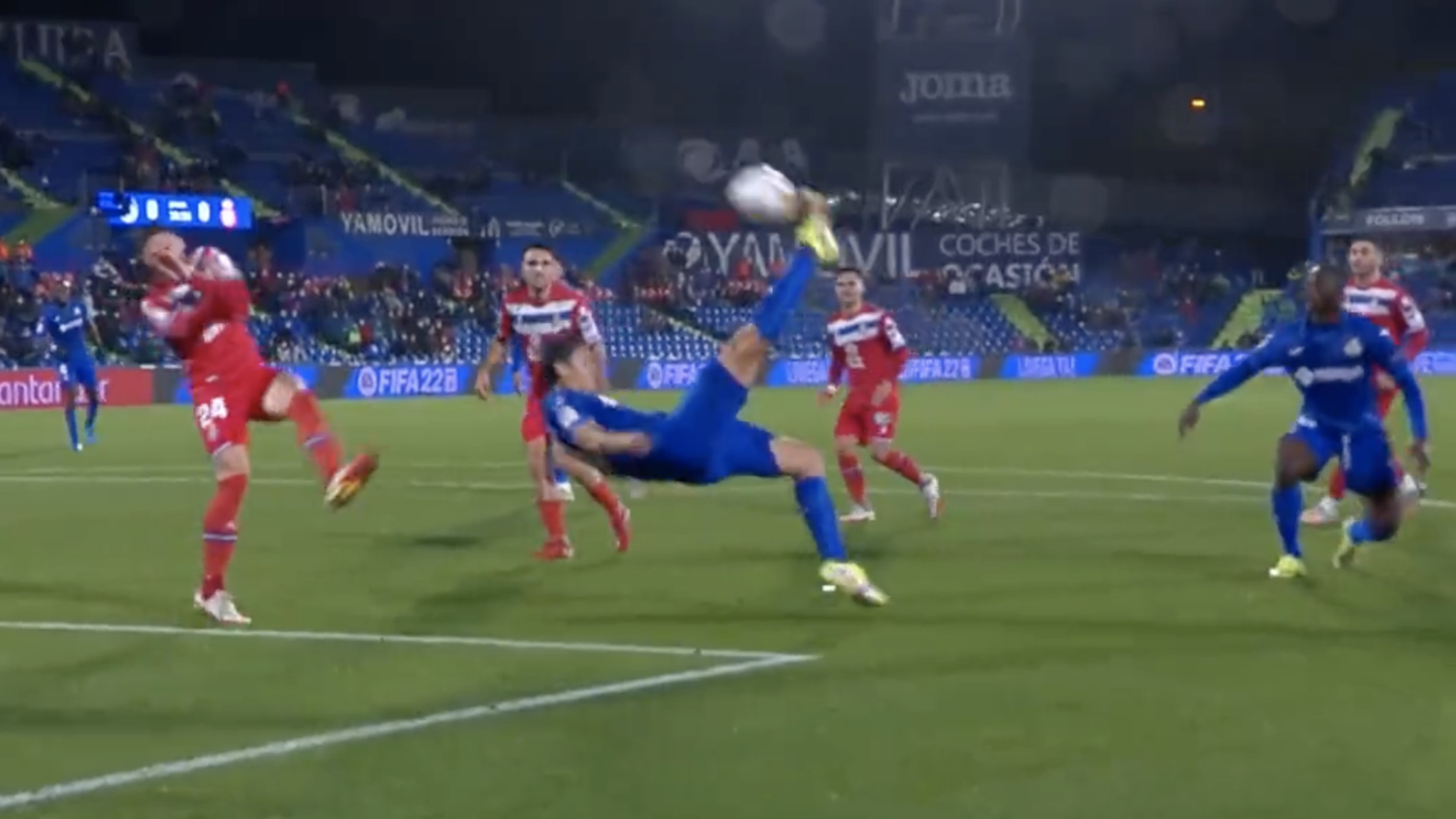 Getafe-ball has never looked this good before.
@ESPNPlus | Twitter

Two seasons ago Getafe was playing in the Europa League Round of 16. In 2021 the Spanish club picked up its first victory of the 2021-22 season after twelve LaLiga games. The results haven’t come for the club, but this Getafe bicycle kick during a 2-1 victory vs. Espanyol is sure to make fans smile.

Getafe striker Enes Ünal had himself a day to remember on Halloween. The festivities started in the 31st minute with a brilliant overhead kick to give Getafe the lead. This goal was scary good.

The assist, the flick up to himself and placement of the shot are all things of beauty. Getafe has the lowest number of goals scored in the league with six. A goal of this quality is a diamond in the rough.

Espanyol would equalize seven minutes later, but Ünai wasn’t going to accept a fourth draw of the season. Ten minutes into the second half the Turkish striker again found the back of the net with a sizzling volley.

Enes Unal gets the double for Getafe pic.twitter.com/9na9qyU0iC

Halloween was a treat for Getafe and Ünai as the club celebrated its first victory of the season appropriately.

Look at what it means for the Getafe players and staff!