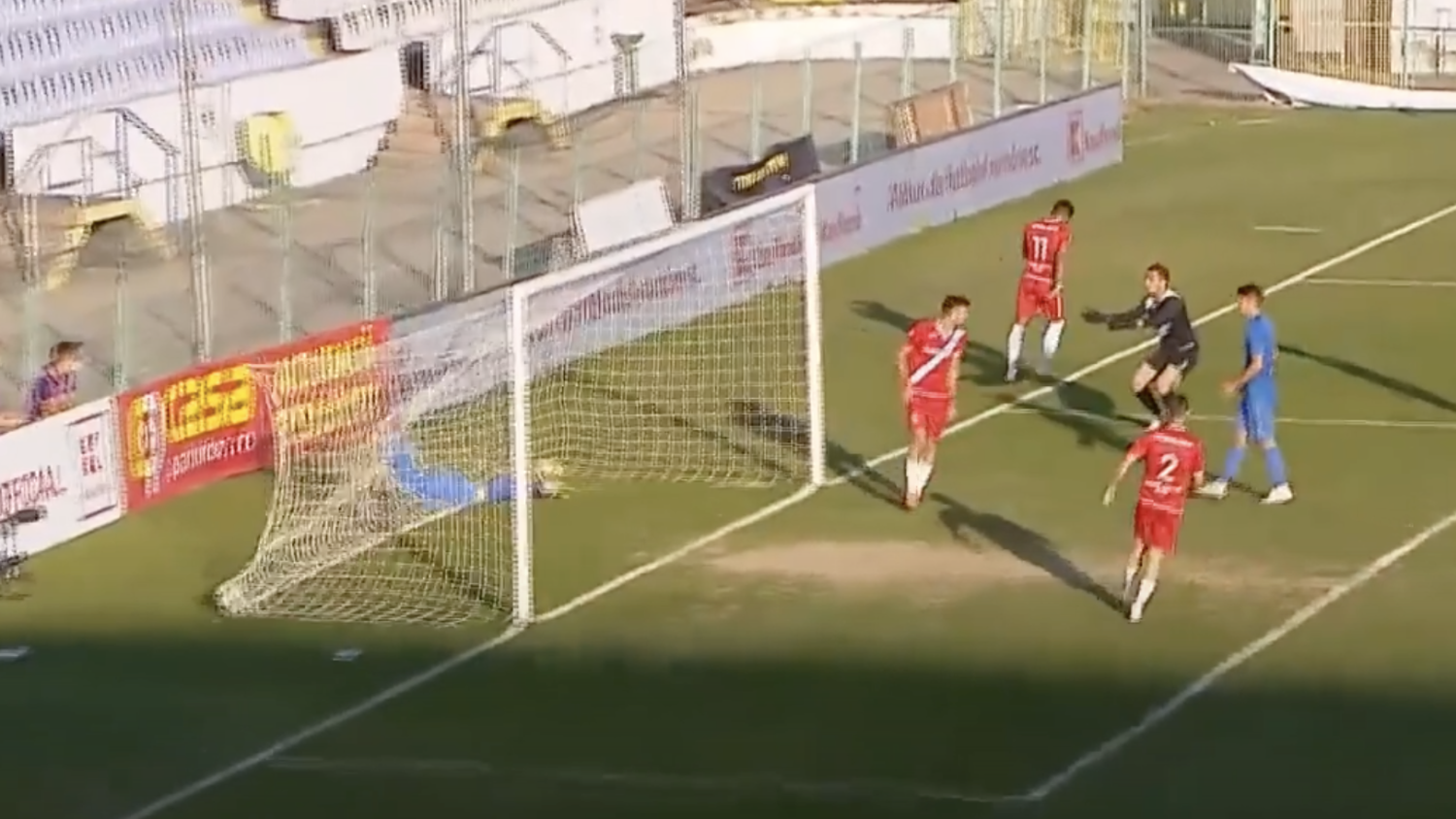 If your 5-year-old is looking for work, I think a job position might have just opened in Romania.
Telekom Sport Romania | YouTube

A defender playing in the Romanian Cup had a day to forget after he pulled off one the most spectacular failed clearances the sport has seen.

The poor defender in question is 21-year-old Marius Leca. His team, Dunarea Calarasi, was down two goals with 11 minutes left to play. The second-tier Romanian club wasn’t out of the fight just yet, but Leca pretty much sealed the win for his opponents with a brutal mistake.

Leca’s opponents were on the attack and a clever pass had a striker in on goal. The ball trickled past the goalkeeper and should have been an easy clearance for Leca. Then this happened…

If this was FIFA, then the person controlling Leca’s team must have had their controller die. I have no idea what happened to the defender, but he just flat out missed the ball and then dive-bombed into his own net.

Hopefully the attacker was offside, right? Well … he would have been but one of the Dunarea defenders played him onside. It was Leca.

On the bright side, at least this was just Round of 16 of the Romanian Cup. At least his mistake didn’t result in huge game-deciding goal like the Concacaf Champions League Final on Thursday night.

You’ll get them next time, Leca.