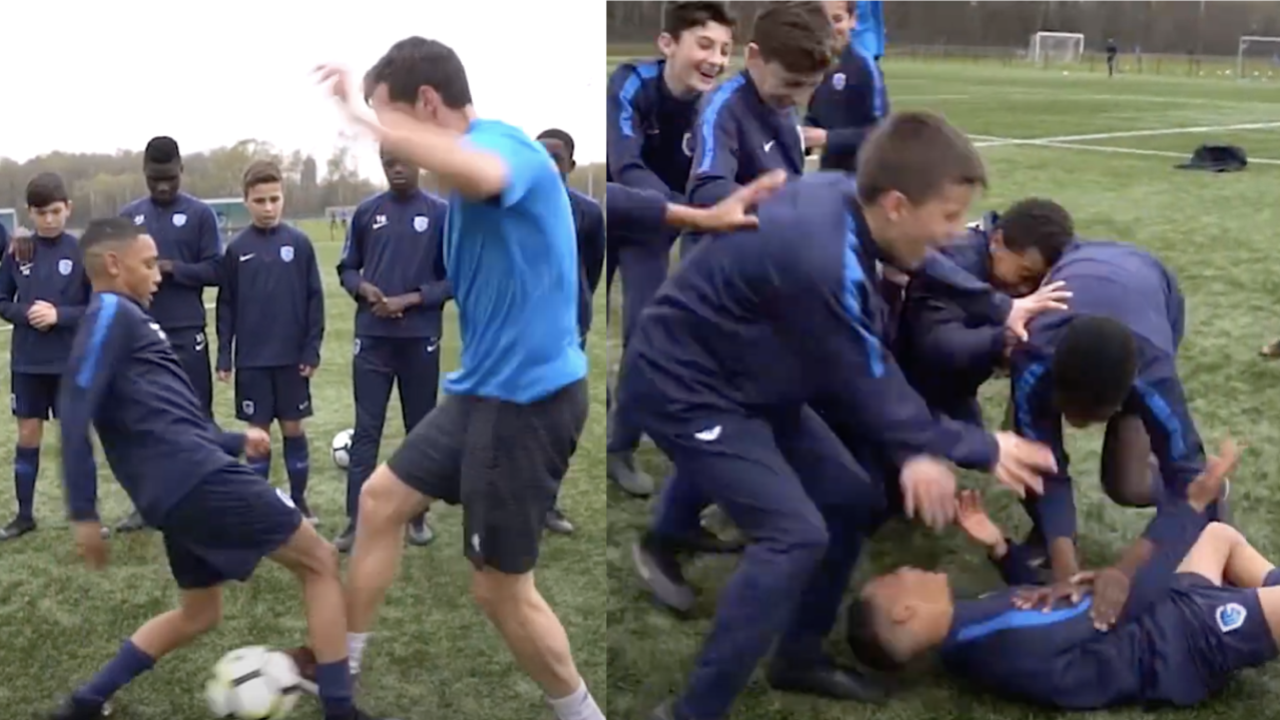 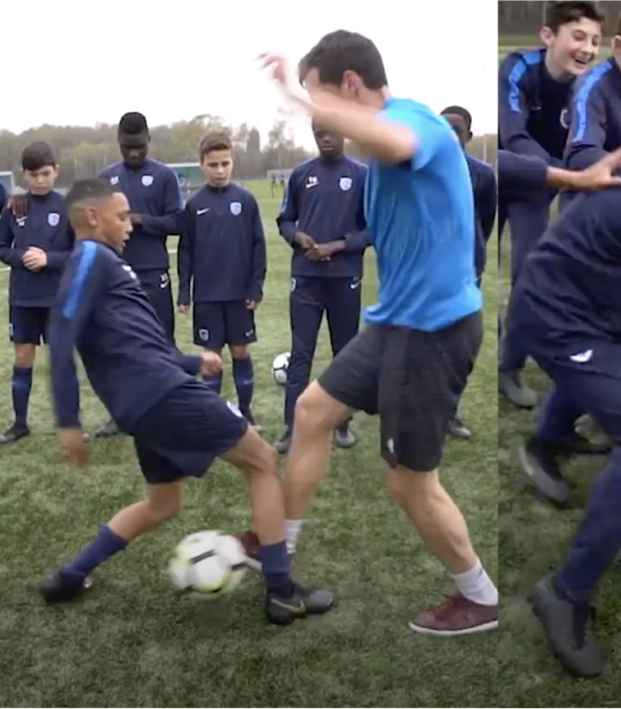 Football freestyler Martijn Debbaut went viral in June after a video was posted of him nutmegging Kevin de Bruyne. The freestyler and TikTok star has been taking the ankles and souls of his victims for years now and people are uncovering his older videos.

One video of Debbaut going against KRC Genk’s youth team is making the rounds again. Why this video is back in the spotlight is up for debate.

Is it the hilarious reactions of the kids as their teammates get megged? Or is it the ridiculous skill of Debbaut? Hard to say, but easy to watch.

The kids had a much better reaction than De Bruyne who looked like he was one more nutmeg away from throwing a punch.

This video against Genk’s youth side was posted on YouTube in 2019. For all we know one of those kids is only a short time away from becoming one of Europe’s new phenoms.

Debbaut already has his own fame as he has nearly 400,000 followers on TikTok.

We can only hope to see the freestyler take on some stars in Qatar for the World Cup this year. The scenes when Debbaut has to go up against a real deal freestyle king like Christian Pulisic.