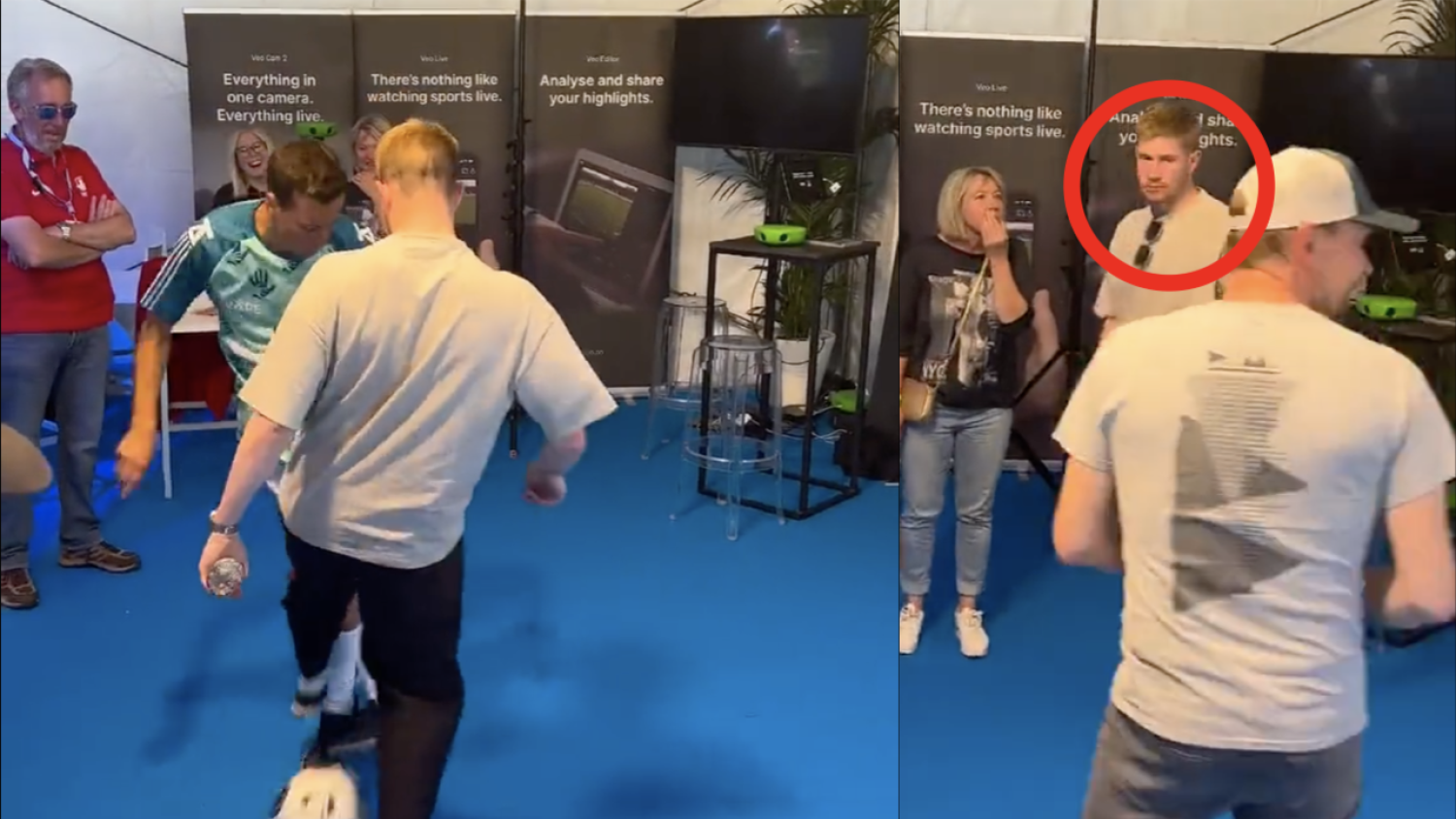 Kevin De Bruyne didn’t have the greatest week. For starters he’s gone on record to say he hates the UEFA Nations League calling the tournament “glorified friendlies”, then he and Belgium got embarrassed at home in a 4-1 defeat to the Netherlands on Friday and to top it all off a De Bruyne nutmeg video has gone viral.

Despite the club season being over De Bruyne is still a busy man. The Premier League winner with Manchester City is on Nations League duty and was helping with the ‘KDB Cup’ a youth tournament that he runs. Part of the promotion for the event was De Bruyne going toe-to-toe with famous TikTok freestyler Martijn Debbaut.

Debbaut pulled off a ridiculous trick to meg De Bruyne and the Manchester City ace did NOT look pleased about it.

Kevin De Bruyne did not enjoy that

Debbaut has truly relished the moment and posted a follow-up video showing his followers how to pull of the cheeky nutmeg move.

In all honesty I can’t blame De Bruyne for looking pissed. If I was coming off a 4-1 thrashing and then had to go do some promotion BS and get nutmegged, I would be annoyed too. We can’t all be like Neymar who was more than happy to be nutmegged by a freestyler.

The video of De Bruyne and Debbaut has over 5 million views on TikTok and millions on other platforms. The good news is that there are other clips of De Bruyne from that day on Debbaut’s TikTok and he was able to turn that frown upside down.