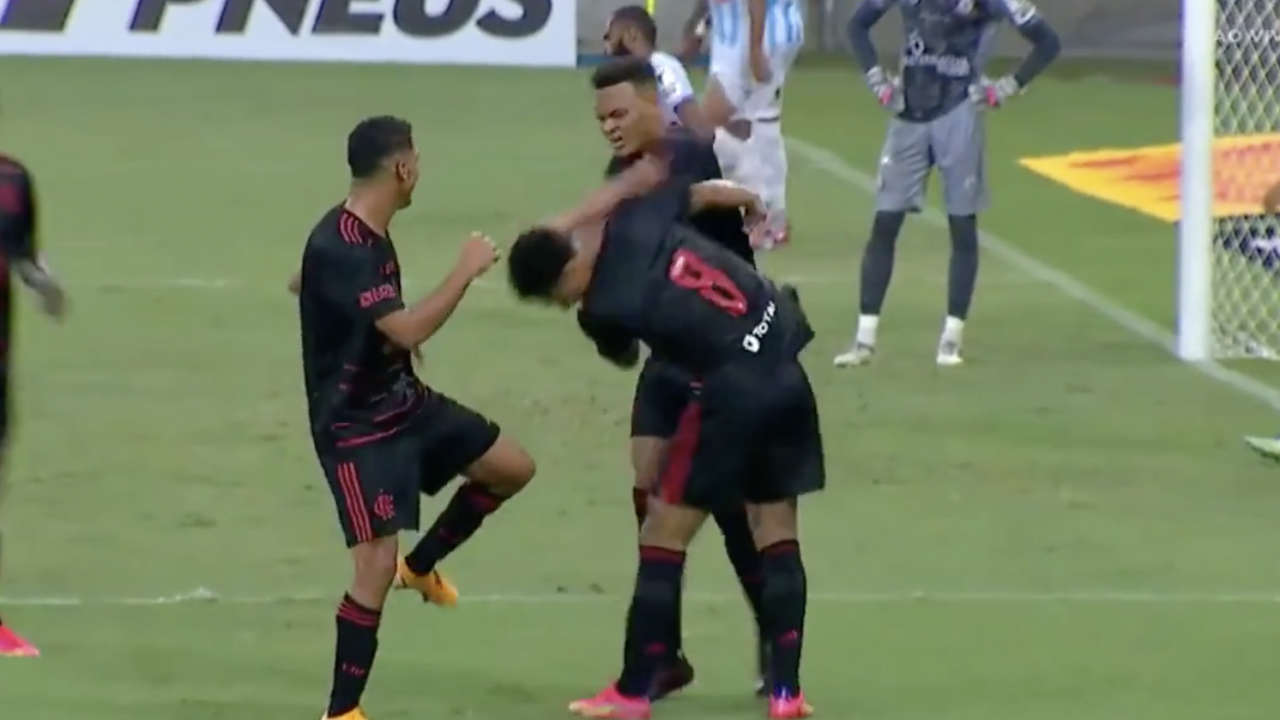 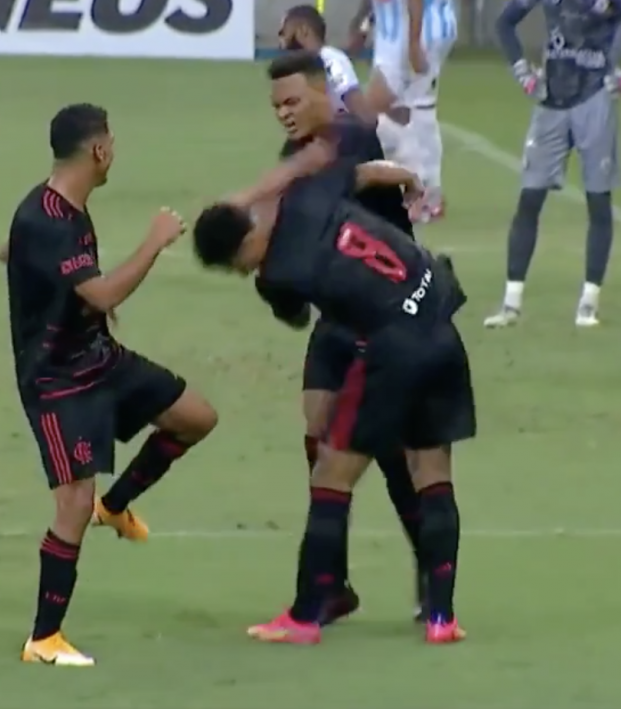 You know that feeling as a kid when you’re thoroughly enjoying something and then your little brother comes along and kills the mood? Perhaps you’re telling a great story at the dinner table and then the little rat has to make it about him.

The 21-year-old gave his side the lead in the 38th minute with a bullet header. With his spirits riding high, Muniz ran off to celebrate with a dance that he definitely practiced every night in front of the mirror. He had dreamed of a moment like this.

Enter João Gomes, who will play the "annoying little brother" role. Right as Muniz is about to hit the cleanest jig to celebrate his goal, Gomes crashes the party with his incessant hugging.

Muniz reacted in the way most older siblings would.

The remaining flock of Flamengo huggers swallowed up Muniz and ruined any chance for the striker to finish his dance.

In the second half, Muniz scored another header to secure the 2-0 victory. The dude was probably still fuming from his last dance being prematurely cut short so instead he decided to forego the option of finishing his dance.

The moral of the story: Let your teammates finish their planned celebrations. Especially if they’re bigger than you.

Muniz’s shove on Gomes wasn’t the roughest action seen in Brazil over the weekend. The honor for biggest shove of the weekend goes to Hulk after he erased an opposing player.

He's called Hulk for a reason